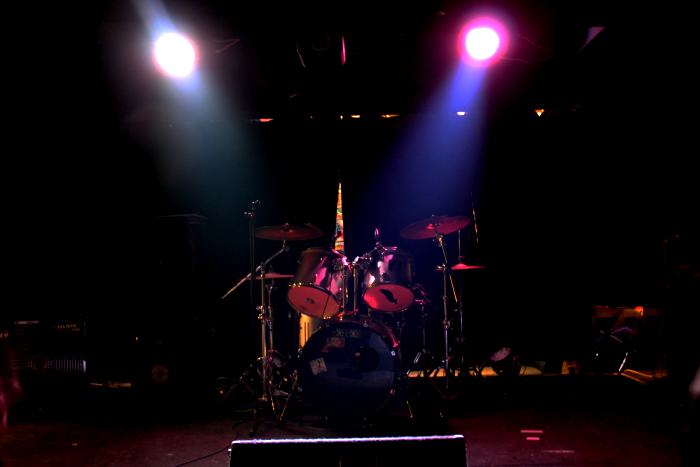 Microphones checked, guitars ready. It is almost time for the show.

Members of the audience sit on the ground, chatting so intimately that it seems everybody in the 800 square feet room must know each other. Meanwhile, the performers play Rock, Paper, Scissors to decide who will go first.

At last, a duo appears. They sing a few songs, and make a number of errors but the audience responds with applause. The musicians drink from cans of beer in between songs. It seems to help steady nerves.

When it is time for the second band, some of the other performers come out to tune their equipment, while others tease the first band for their mistakes.

It does not look like a public musical performance, but it is. It is a show hosted to celebrate the opening of an outlet selling local independent music (indie music) products. Five local indie bands were invited.

To many people, indie musicians are rebellious, aggressive, and unrealistic. Their songs are not mainstream karaoke songs. Some of them are difficult to understand, while some express strong political resentments or personal feelings.

Hong Ka-chuen who founded 89286, a local indie music label established for 10 years, says one of the major differences between indie and mainstream music is that the former is not subject to constraints imposed by the market. Production of mainstream songs is factory-like. Before songs are published, different departments have to sign off on them to make sure that they are profitable.

Indie musicians value freedom in composing, this reflects their view on what music is. “Playing music is something as basic as swimming and playing basketball,” said J of No One Remains Virgin. The band of four formed in 2009 and write songs on political issues.

Being authentic is the most important value indy musicians aspire to.Technique and skill matter less than whether musicians play for conviction rather than for fame and recognition.

Putting aside the noble sentiments, indie musicians still have to face a harsh reality. In terms of financial resources, indie bands cannot make a living by only selling CDs and doing performances. Their audiences tend to consist of friends or friends of  friends. Compared to the past, their survival has become even harder because of the shrinking number of performance venues. Many have given up because of these factors, but there are some still standing.

JoyTrendySound is an indie band which has stayed the course for nearly 10 years. From a band of five to a band of two, Ming and Mabel, who have regular jobs, have experienced changes in both their expectations and the external environment for indie music. Starting with a dream of being stars, they say they have learned to put aside the burden of achievement. “We are satisfied as long as we can still play music,” says Ming.

“I expected setbacks when I decided to be an independent musician,” said Gary from Caffeine Park. “Music is part of my soul. I will not stop doing music for any reasons.”

The future for these indie musicians, is somehow clear – No matter what, no matter how, they will dream on.