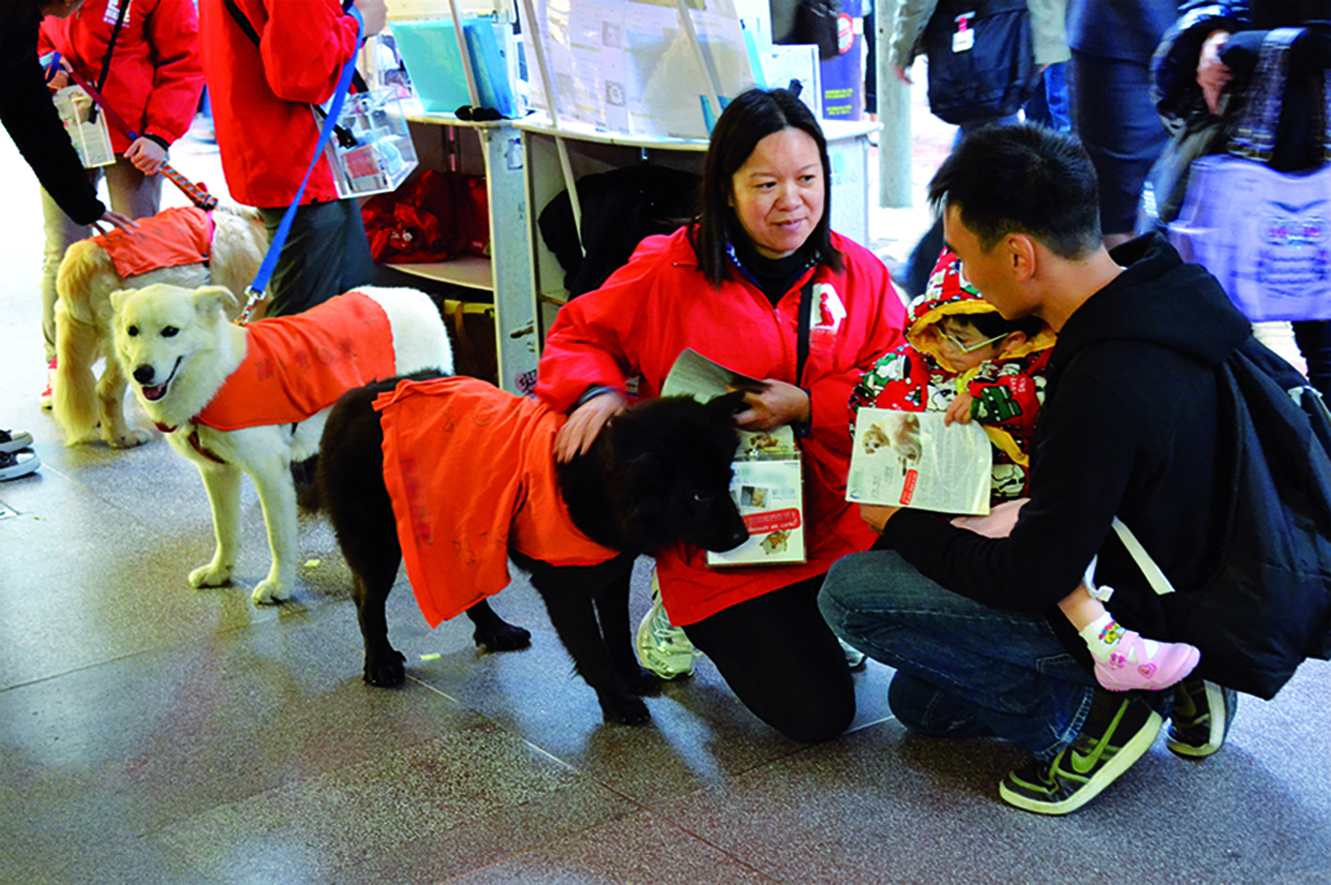 A group of people wearing T-shirts bearing the same logo go to Mongkok, pick a spot with heavy pedestrian traffic and set up booths and banners. Then they take out donation boxes and start their work.

Their job is to raise as much money as they can. They are not volunteers but street fundraisers employed by a charity.

Diana Tang, who does not want to disclose her full name, was recruited through an advertisement in the Labour Department to work as a street fundraiser for Children Life Stimulation Organization last summer. She got HK$300 a day as basic pay and was told the fundraiser who raised the most money in their team would get a HK$50 bonus. Tang thought the job sounded meaningful and HK$300 was a good salary, so she took the job. But she quit after three days.

“(The team leader) gave me pressure every day,” she complains. She explains that because a team leader receives commission based on the total amount of donations the team raises, their attitude changes according to how much money team members collect.

“The team leader scowls at you but then he’ll grin when you get a donation,” says Tang. She recalls an incident when her team leader called her to complain that her performance was really bad. He told her the amount she raised would only help 22 children.

Tang blames the commission system for the harsh treatment meted out by team leaders. She says the system made her feel she was raising money in order to make money rather than to help people. This has affected her impression of charities and she has become suspicious of street fundraising. “I thought helping charities was meaningful. But I would not have taken the job if I knew I had to work like a salesperson.” Children Life Stimulation Organization did not respond to our enquiries.

Chris Ho, who got a job as a street fundraiser for Hong Kong Animal Adoption Centre (HKAAC) after taking his Hong Kong Certificate of Education exams, feels the same way.

“I do not want to give money to street fundraisers after taking the job… I think they are cheating,” Ho says. He believes working for charities should be done on a voluntary basis and questions whether donations are really being used to help people in need if the charities are spending money on paying fundraisers.

When Ho quit the job after a week, he did so not just because of misgivings about the organization, but also because the work was so demanding. He had to go to the office at around seven to eight o’clock to collect the donation box. Then he would be assigned to different districts, like Causeway Bay and Tsuen Wan, and started to work at 9 a.m.. He remembers that sometimes he worked until 9 p.m. because he could not meet the quota.