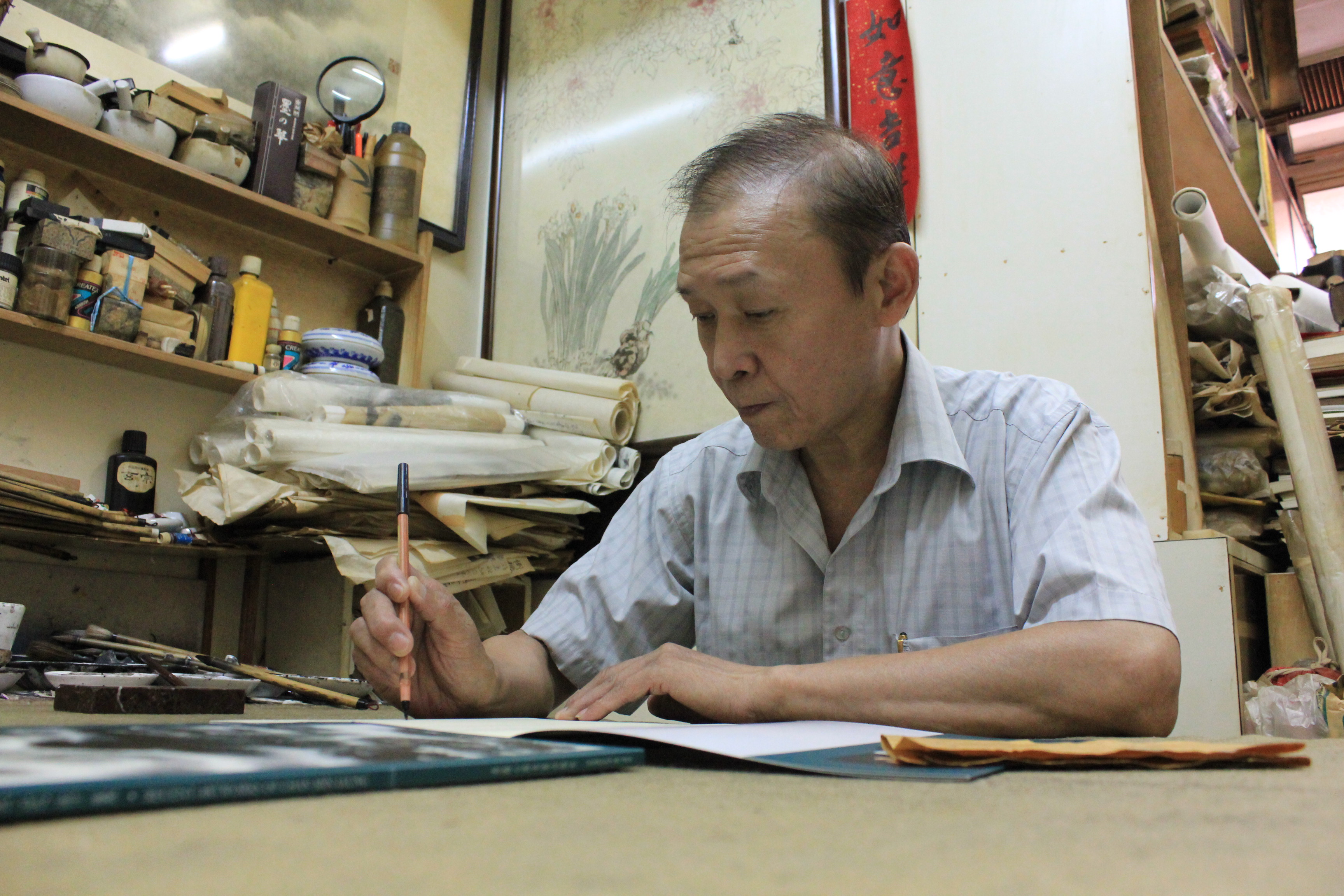 He plays gamblers and addicts on TV, but off-screen Chan Min-leung is a master Chinese painter.

It was a rainy day on location in Sai Kung and some actors were standing around chatting, waiting for the shooting of the costume drama to continue. One of them, Chan Min-leung sat aside from the others and contemplated the mist that had lightly settled over a flowerbed. Captivated by the sight, Chan immediately drew the scene on the back of his script.

The name Chan Min-leung may not ring any bells, but his face is a familiar one. Many will have seen him on their television screens playing bit parts – a drug-user here, a swindler or a jobless, gambling addict there. The real Chan, aged 61, could not be more different from his on-screen persona; he is an artist, an accomplished Chinese painter who has won numerous awards and held exhibitions in Hong Kong and overseas.

Chan has been drawing and painting since he was young. His father was a baker who ran his own shop in the 1960s. When the bakery closed at 11p.m., Chan would cover the greasy worktops with newspaper and paint. At first, he did not have any teachers and taught himself by copying the pictures he liked in magazines.

Chan began to study Chinese painting at a studio at the age of 17 and threw himself into the art. However, when he said he wanted to be a painter, he got little support because nobody thought he would be able to make a living as an artist.

“Though the living was hard at that time, painting was my only occupation. I had given up all other activities for it. My motive for going to work is also painting.’’ Chan says.

In 1972, the bakery closed down because of the high rent. Chan decided to start his own bakery in Ma Wan, thinking he would be able to control his schedule and have more time for painting. However, as Chan had never started his own business before, it took him more time to learn and manage the bakery than he had anticipated.

In order to spare more time for painting, he soon closed the bakery and went to work in a carving factory. He also taught Chinese painting at a community centre and worked for a theatre company, both onstage and behind the scenes. Chan says he was lucky because his boss at the carving factory supported his painting and allowed him to be absent on weekdays to teach at the community centre.

Then, in 1977, a friend of Chan’s, who knew he had drama experience through the theatre company, approached him to ask if he would be interested in bit parts in TV drama.

In the 1970s, Television Broadcasts Limited (TVB), Commercial Television and Rediffusion Television were engaged in fierce competition and recruited large numbers of actors. Chan began his TV career and was formally contracted as a TVB artist in 1989.

“Show business is brilliant; it’s like a ‘Dream Factory’. People dream of becoming superstars. But it is also superficial and impractical,” Chan says. As a member of the entertainment industry, Chan has also thought about becoming a leading actor one day.