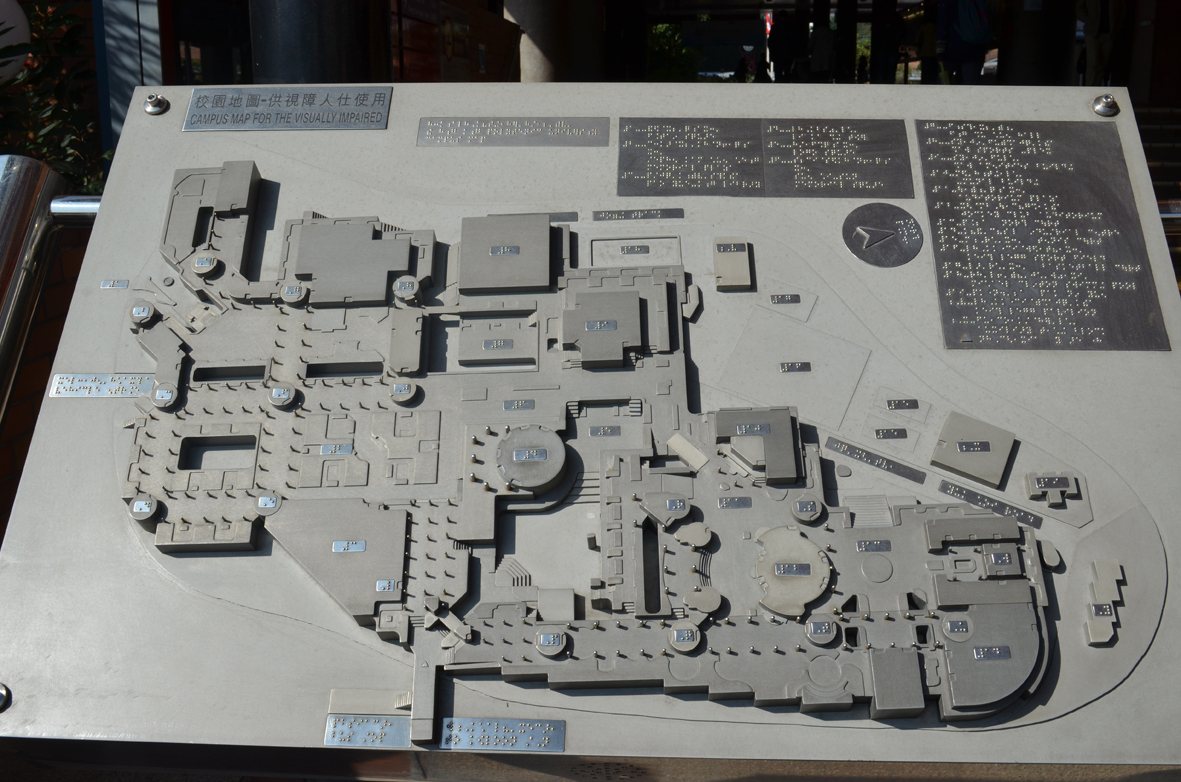 On Information Day at a local university, a wheelchair user who wants to know more about the faculties and departments, stares at the information booths in frustration. The booths are on a podium which can only be reached by stairs.

Yet, with increasing awareness of equal learning opportunities and advanced technologies that aid learning, the number of students with disabilities enrolled in Hong Kong’s universities has increased in recent years.

“When choosing a university to study at, students with disabilities will put the subject as their first priority,” said Pepper Wu, the Director of the PHAB [Physically Handicapped and Able-Bodied] Institute. She said if universities provide similar courses, students will consider their provision of barrier-free facilities in deciding where to study.

The government issued a Design Manual on barrier-free access in 1998 and revised it in 2008. These state that university buildings built after 1998 should provide facilities that enable people with disabilities to get around, such as providing tactile guide paths and ramps.

Apart from these basic facilities, students with disabilities need more infrastructure in hostels. For example, the rod inside a wardrobe has to be specially designed to allow wheelchair users to easily hang their clothes. The height of beds and desks also need to be customised.

Kenny So Wai-kin, who has Cerebral Palsy is a graduate of the Chinese University of Hong Kong. He remembers how the school renovated some parts of the hostel where he stayed to meet his needs. “Before [I entered], there was no handrail inside the bathtub. As the bathtub was always slippery, bathing could be very dangerous for someone like me,” he says.

While getting around the campus and living in student digs are a part of university life, learning is also central. So spent a lot of time in the library but he found it hard to look for books. He was unable to reach books on the top self. “You can ask librarians for help, but you may not know if the book you’ve taken is the one you need,” he says.

With a computerised library catalogue, So was able to search for some of the books in advance, but still it was better to ask for help from a friend.

Using library services can also be a challenge for students with visual impairment. Celia Yip, who graduated from the Hong Kong Polytechnic University in 2004, has low vision. “The library did not have facilities that could help people who are visually impaired. Usually when you are looking for a book, you have to ask others for help,” she says.

Computers and the internet have become central to learning. So appropriate hardware and computer software should be installed to aid learning, such as screen magnifiers and screen reading software.

A barrier-free university environment not only refers to accessibility for all but also acceptance and support from the able-bodied. Even though students with disabilities make up a small proportion of the total university student population, they should not be isolated and their needs should be considered.

In order to remind the majority of students, some universities are adding the promotion of inclusive life as a topic in their curriculum. Greater awareness combined with the available infrastructure would go a long way towards creating a truly barrier-free university community.