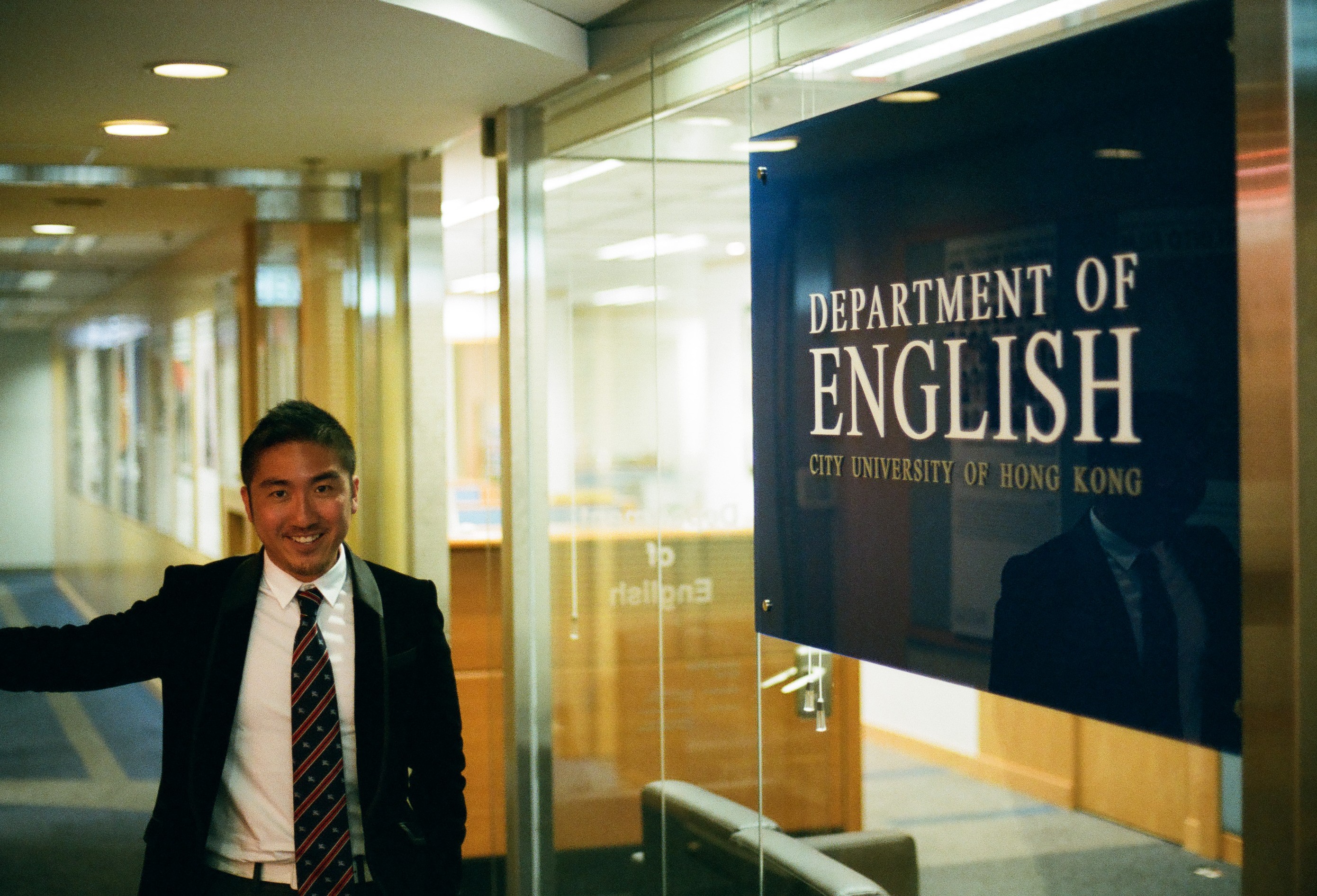 Standing in front of the classroom is a dapper young man in a fitted grey flannel blazer. He is Sam Wu, an English instructor at the City University of Hong Kong (CityU). From his appearance, few would guess that this Singaporean dandy is a former winner of the world-renowned brutal reality show – the Amazing Race Asia.

In 2008, Wu and his local comedian buddy Vince Chung took part in the third season of the show. According to Wu, the selection process for the show included a physical, psychological and personality tests. “There were hundreds of teams applying and I didn’t expect to be in the final 10. The truth was, we were the back-up team. We weren’t even in the first 10,” he says.

Perhaps it was destiny; one team was disqualified. Wu and Chung were the last-minute back-up team. “They called me on a Monday and I had to leave in two hours,” Wu recalls.

Wu and Chung did not even have time to take official leave from work. Since Wu was under a confidentiality agreement at the time, he could not explain to his boss the reason for his sudden leave.

Wu remembers clearly how his boss replied: “Okay, but be prepared to lose your job.”

The race lasted for a month, during which Wu and Chung competed against nine other teams and travelled 21,600 km across Thailand, Vietnam, Taiwan, Hong Kong, Macau, India and Oman.

The Amazing Race Asia is famous for its gruelling and challenging tasks. “I had to get a tattoo, it’s my only one. I had to do bungee-jumping, clean an elephant, eat cockroaches, centipedes, and frogs,” says Wu. “I did everything that I’ve never done in my life.”

Wu, who peppers his conversation with Cantonese words, describes himself as a “very gwai [well-behaved]” person; he does not do things that are “extreme or stupid”.

“I like safe. I love a safe and familiar environment,” he says. For Wu, joining the Amazing Race Asia was a significant step out of his comfort zone. “I wanted to challenge myself. I wanted to see what I could achieve basically.”

Despite his determination, neither his family nor friends believed that Wu could actually win.

“My sister thought I would be eliminated in the first episode,” Wu says, giggling. While Wu has never been athletic, he somehow managed to survive the challenges.