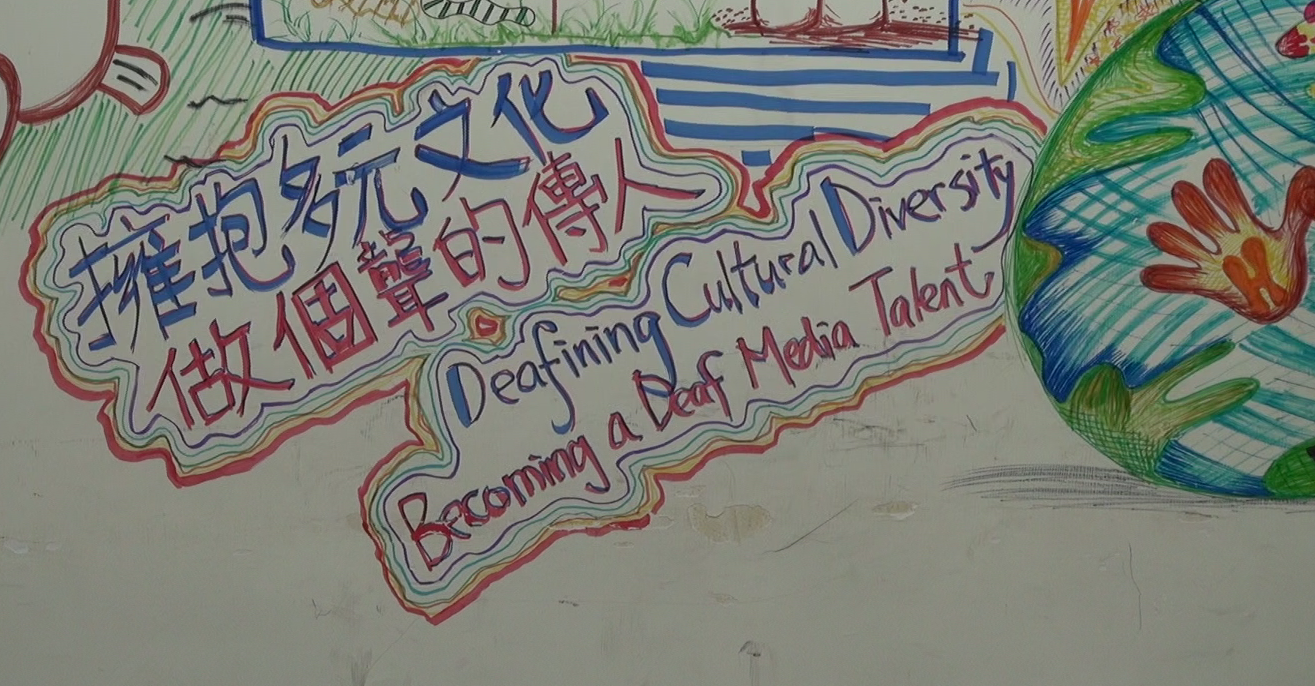 On a Monday night, a group of people were practicing sign language songs at the YMCA Y’s Men’s Centre for the Deaf. Alongside music, there is expressive sign language incorporated to reinterpret a song.

They may perform different songs with various music genres chosen, like “Christmas is Coming to Town”, “It’s a Beautiful Day”, “Glorious Days”. With the lively sign language reinterpreted and the flow of music, participants could grasp the chance to express themselves in sign language via such artistic performance.

Added to the music and the sign language comes the dramatic body movement which can further facilitate the story-telling effect of sign language songs. The Hong Kong Sign Language Musical Theatre has been an illustrator of that. They have been using dance and rhythm of music to express a song in sign language to tell a story to both the hearing and deaf.

Despite the attempt to integrate the hearing and the deaf, sign language song itself has in turn cast disappointment on the deaf people. Initially, there were deaf people joining the sign language groups, however, now they have all quit as they cannot catch up with the rhythm of lyrics, or simply, they cannot hear well.

Throughout the whole process of learning the sign language songs, there are various expectations and thoughts among the learners. As some have suggested, they regard it as merely another kind of entertainment which excites them and makes them feel “happy”.

Ultimately, the goal of introducing sign language songs is to initiate a community with understanding and integration between the deaf and the hearing.

On the contrary, the two founders of Hong Kong Sign Language Association take a different view from the hearing. The deaf have a community with their own language and culture, which should be respected and understood by the hearing. They do not have to be integrated into the hearing community.

Neither should any side give way or give up anything for the merging—— two sides should have an equal footing with each other. Understand, respect and appreciate, is definitely the key to a real “integration”.