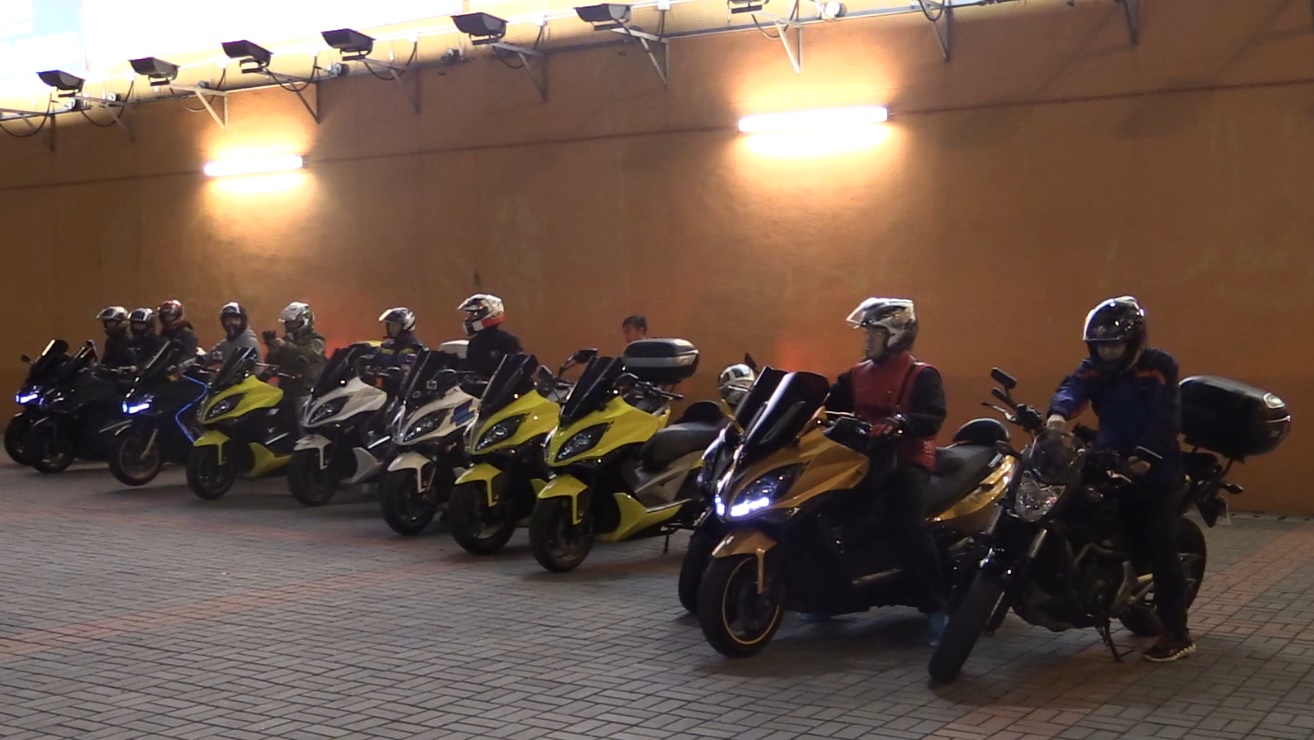 On a Saturday night, a group of car owners gathered and parked their modified cars on the pedestrian street in Mong Kok. Given the eye-catching appearance of the cars, they caught the attention of the passers-by as well as the police.

Fortunately, on this occasion, the police officers did not impound the modified cars and merely told them not to park too closely together. Afterwards, the car owners immediately drove to a car park to continue their gathering.

The drivers say they used to drive their cars on hill roads to keep any possible disturbance to other road users to a minimum. But they have switched to driving and gathering in urban areas in recent years.

Gred Tong, a car owner, says police have been carrying out checks on vehicles on hill roads more frequently in recent years, and often impound cars that look out of the ordinary, even if drivers have not broken any speed limits. The vehicles would then be sent to vehicle examination centres where components such as brakes, tyres and lights are inspected. Car owners say quite a number of these vehicles subsequently pass the examination.

In Hong Kong, the government has set a vehicle safety standard and drivers are required to submit an application for any proposed alternations of their vehicles and  the approval of vehicle manufacturer to the Transport Department before modifying their vehicles. The Road Traffic Ordinance, Cap 374 and Road Traffic (Construction and Maintenance of Vehicles) Regulations, Cap 374A list the requirements for different types of vehicles and their respective components, while section 80 of the Road Traffic Ordinance, spells out a police officer’s authority to detain a vehicle.

Some vehicle owners think the regulations are outdated and overly stringent. Motorbike enthusiast Water says he and his peers customize their bikes with spare parts that can actually improve the safety of the vehicles. For instance, by swapping out original Taiwan-manufactured tyres with ones that better suited for the roads in Hong Kong.

Most importantly, Water and his friends say they are conscious about the safety of each modification they make and stress they are capable in handling their modified motorbikes.