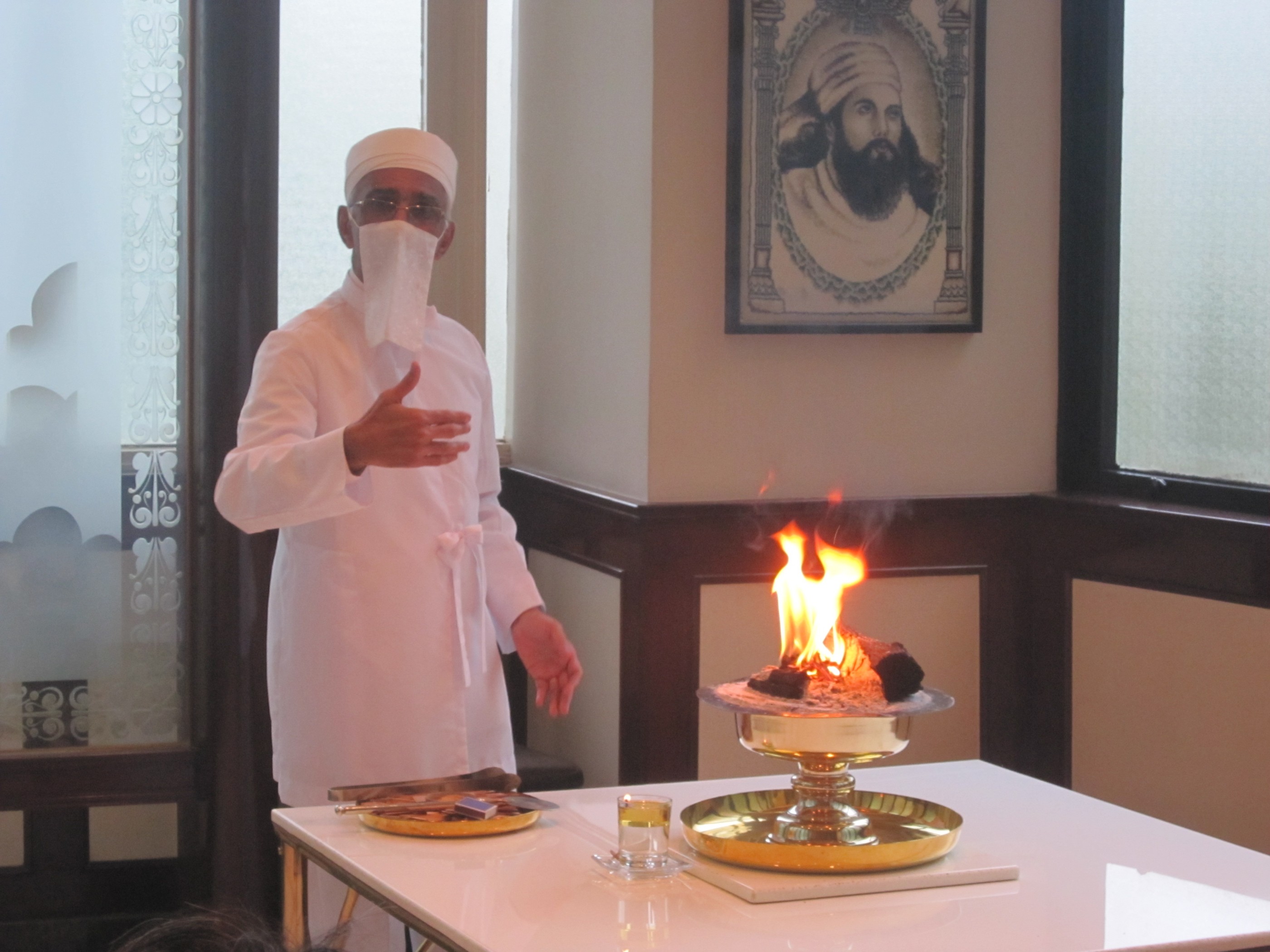 Five times a day, inside a commercial building in bustling Causeway Bay, a 59-year-old Indian man performs a ritual originating in ancient Persia. Homyar G. Nasirabadwala is the priest of the Zoroastrians in Hong Kong.

Dressed in all white, with his lower face covered by a veil, Homyar prays in front of a burning fire basin to welcome each section of a day, namely the dawn, noon, afternoon, evening and night.

Zoroastrians have an illustrious history in Hong Kong, though few people have heard of the religion. It is one of the world’s oldest faiths, founded by the prophet Zoroaster and with roots in what is now Iran. Zoroastrians believes in one supreme God, Ahura Mazda.

At the beginning of the 10th century, a small group of Zoroastrians left their motherland, Persia to escape religious persecution after the Muslim conquest. Those Zoroastrians moved to Gujarat, a remote state in Northwestern India where most modern Zoroastrians, known as Parsees, now live.

Homyar recounts a tale about the migration of the Zoroastrians. When they arrived in India, they met and petitioned a local King, called Jadav Raja, for shelter. At first, Jadav was unwilling to do so and he showed the Zoroastrians a vessel full of milk, saying his kingdom already had many people and could not take in more.

A wise Zoroastrian man added a spoonful of sugar into the milk and said his people would not create any population problem but would enrich the kingdom. The King was moved and decided to offer them shelter as well as religious freedom.

Although the number of Zoroastrians worldwide is small, they have produced outstanding leaders in business, education and banking as well as outstanding philanthropists.

Parsee merchants arrived in China the 18th century, from where they came to Hong Kong with the expansion of the business of the East India Company. The Parsees made great contributions to the city’s development in the early days of the British colony, helping to found such icons as Star Ferry and the University of Hong Kong.

But having survived 3000 years, the religion now faces is facing a population crisis. Worldwide, numbers are dwindling and in Hong Kong, there are now only 232 Zoroastrians, aged from 2 to 97. Strict rules about conversion and late marriage have contributed to the falling population of Zoroastrians.

Nevertheless, Homyar, the Zoroastrian priest is still optimistic about the community’s future. They have lived through waves of persecution and managed to hold on century after century. The Zoroastrians will be around for a long time yet, says Homyar.