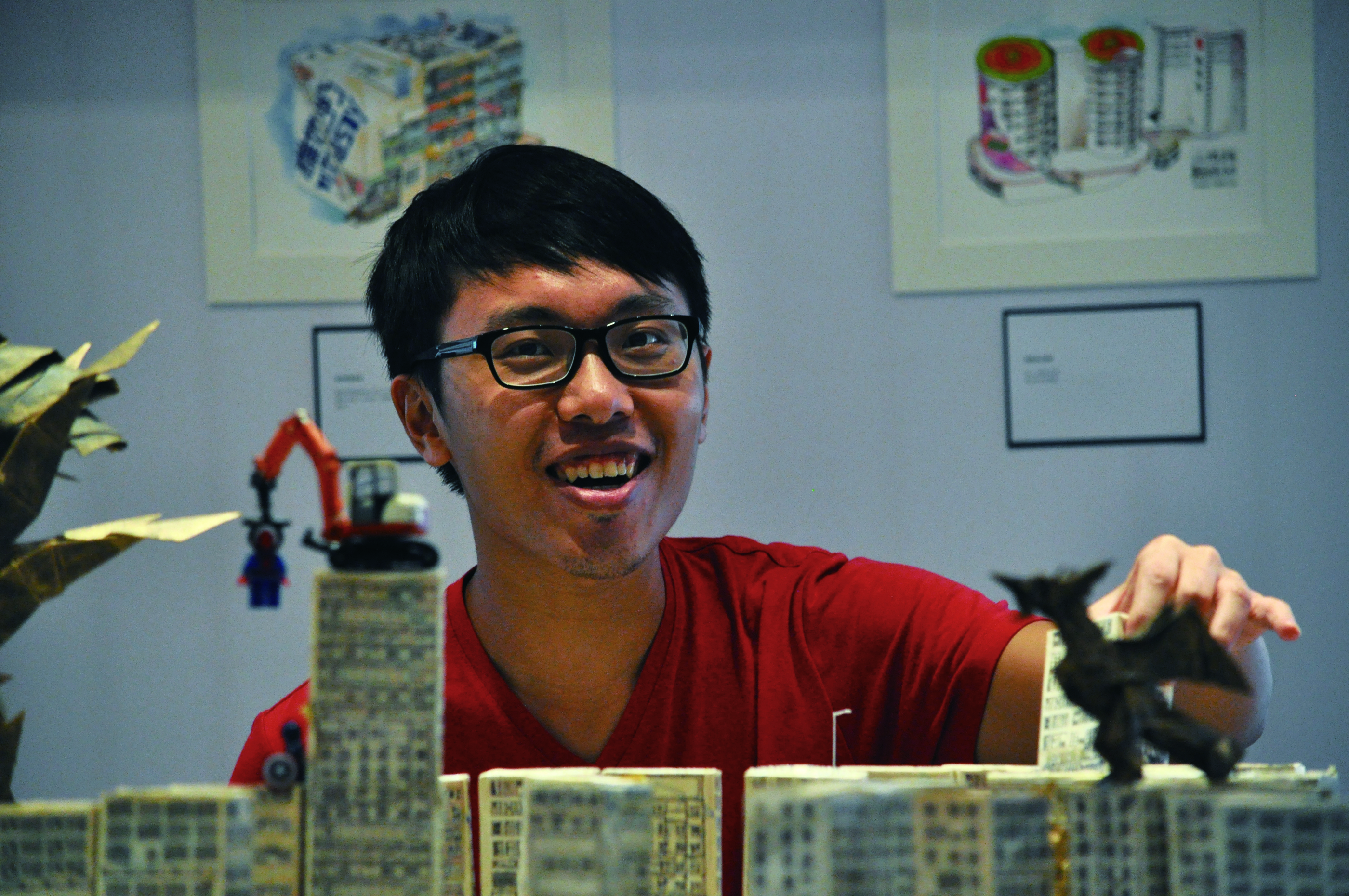 In a gentle wash of watercolour, the irregularly drawn lines make up the tiny details which become Hong Kong’s densely packed tenement buildings. If you see one of these illustrations in Ming Pao or PassionTeens, you are probably looking at the work of local illustrator Andy Leung Ka-chun. A firm believer in conservation, localism and that Hong Kong should be capital of Greater China, the 27-year-old would rather call himself “Angryangry” – to vent his anger against social injustice.

Born into a grassroots family, Leung has lived in the old industrial and working-class district of Kwun Tong for more than 20 years. He first discovered his talent for art in secondary school while designing promotional materials for the student union cabinet, and graduated from the Hong Kong Polytechnic University with a degree in advertising. In 2009, like a few of his classmates, Leung entered one of the HK4As (The Association of Accredited Advertising Agencies of Hong Kong) and worked there for three years as an assistant art director.

At first, working for a major advertising agency gave him a sense of superiority. “It was the financial tsunami back then and the economy was just beginning to bounce back. I had a lack of working experience and was not known by others. Therefore it [working as an HK4As employee] gave me some sense of belonging,” says Leung.

He then worked for a year as an in-house advertising employee in a local catering company. After a while, he realised his talent was in drawing rather than in art direction and he decided to quit his job to seek a new beginning.

Instead of using his talent to do branding for businesses, Leung wants to use it to build a brand for himself. “I want to do something before I get old,” says Leung. His freelance illustration career started off well, with marketing director and columnist Vincent Tsui introducing his work in his column for House News, the Hong Kong news website.

At the same time, he was commissioned to produce a customised set of illustrations for a local businesswoman who owned a vineyard in the Mainland. This helped him to establish the financial grounding to pursue his freelance career and build up his reputation.

Within two months of quitting his job, Leung held his own exhibition called Expiry Date, which utilised empty soft drinks boxes to convey the idea that with the rapid pace of urbanisation, the landscape of Hong Kong may soon expire just as soft drinks do. He has also co-organised bicycle sketching tours in Sham Shui Po to promote the conservation of old neighbourhoods. Earlier this year, he published his first book of illustrations Goodbye Hong Kong.

Leung’s illustrations often feature a little girl called Mui-ding (妹釘) who likes to raise questions and a giraffe named Steven (史提芬) who resembles a crane. Leung says he wants to convey a sense of absurdity – even an “ignorant, uneducated girl” can bring up thoughtful questions about our society – to make readers ponder on questions of conservation, Hong Kong-Mainland conflicts and the current political situation.