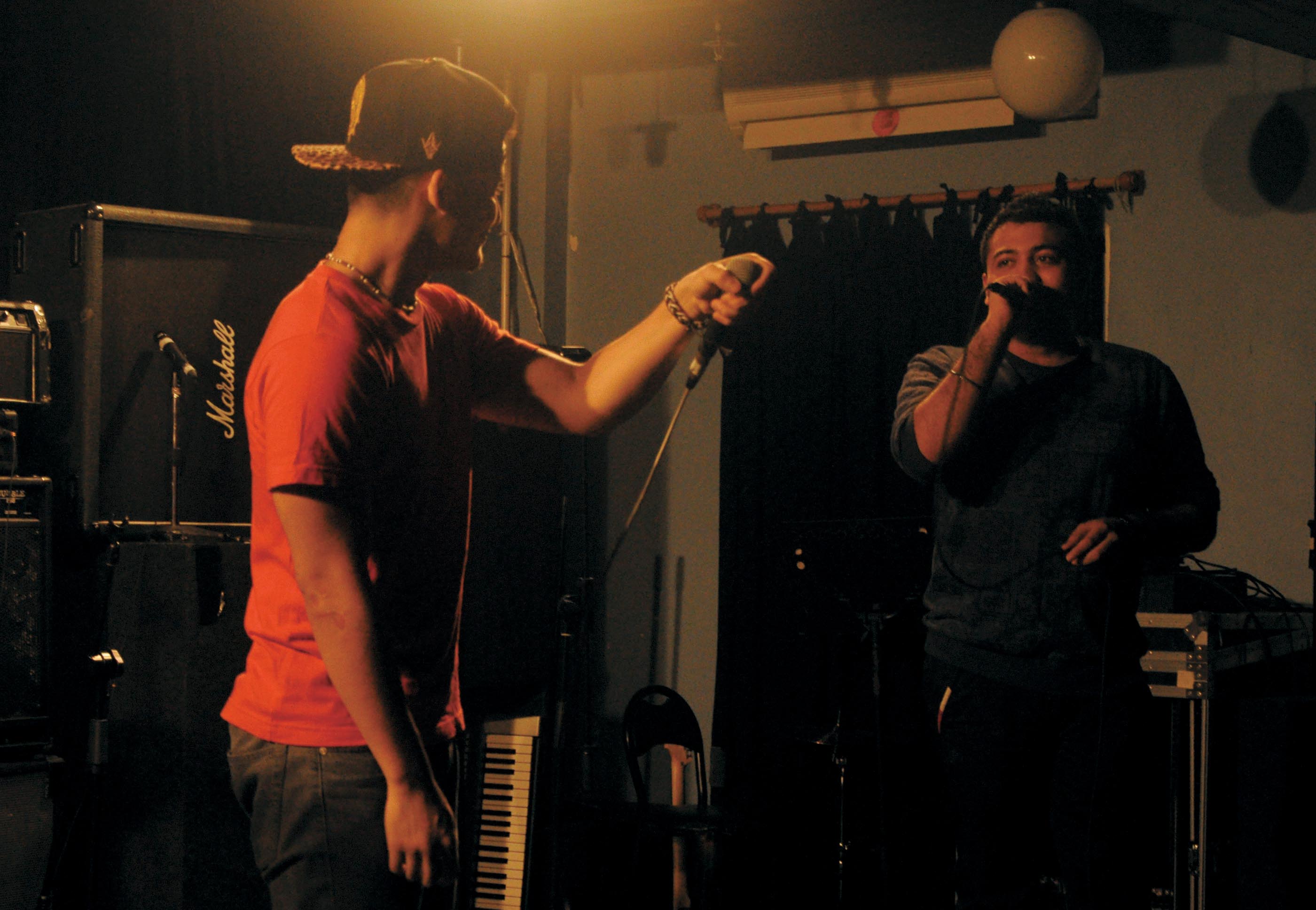 Inside a dimly-lit room in a youth centre in Aberdeen, an excited crowd of around 20 people stand in front of a small stage, waiting for the next act to appear in a line-up of local indie bands, rappers and beat-box artists. When the DJ starts to spin the decks, and three non-Chinese hip-hop artists take to the stage, the response is at first hushed – as if the audience is not ready to process the English language rhymes. But they soon warm to the trio and groove along to the beats.

The three rappers are members of Dope Boy, an ethnically diverse Hong Kong hip-hop ensemble made up of seven rappers from India, the Philippines, Britain and Brazil. While Cantonese is the dominant language of the underground hip-hop scene in Hong Kong, local audiences can still enjoy and relate to their music.

Dope Boy sees rap as an effective means to express their feelings and connect with the local community. The group’s vision is to merge with the local underground hip-hop scene and create what they believe hip-hop is really about – respect and unity. It is a vision they have embraced since becoming hooked on hip-hop during their secondary school years.

Hector Telmo, also known as SCF-SAiNT, 23, is a Hong Kong born and raised Filipino member of Dope Boy. As his parents are both professional musicians, Telmo has been exposed to different genres of music since he was a child. But he found himself the most drawn to hip-hop, which was wildly popular among the ethnic minority students in Delia Memorial School (Hip Wo) in Kwun Tong, a “designated school” for non-Chinese students.

Telmo recalls that at the school, students would rap and write lyrics in class. He himself started to write his own songs when he was in Form Three. He loved rap because of the strong rhythm, poetic quality and the rhyming syllables, but he was also attracted to it because it was a channel to vent his emotions as he struggled against bullying at school. It was through writing lyrics and performing that he built up a sense of identity. “When you start creating your identity, people see you just like, ‘oh he can do that? That’s so cool’,” Telmo says.

Telmo’s view is shared by his fellow Delia Memorial School alumnus and Dope Boy member, 20-year-old Mohit Kaliandasani. Kaliandasani’s family originally came from India, but like Telmo he was born in Hong Kong. He says his primary school teachers used to dislike him but everything changed for him at secondary school once he started to perform. Rapping earned him respect from schoolmates and teachers. “The passion for music has brought us in front of the crowd and that feeling is very appealing to us,” he says.

But making music is also about expressing emotions and opinions. Kaliandasani and Telmo say they have written about such diverse subjects as breaking up with their girlfriends, the importance of individuality, and about how the world is not such a nice place.

My City, a track written by Dope Boy three years ago tells stories from an ethnic minority perspective, with each member contributing his own fearless verse about what they think of Hong Kong.

The track highlights the importance of diversity and criticises the flaws in Hong Kong’s social system, including how the opinions of ordinary people are not treasured and artists are not given the attention they deserve. Lines include: “Born in an underdog city where the industry is tasteless … Overwork myself each day – CALL IT ENDLESS! Some say MONEY AIN’T EVERYTHING but if you TRYNNA LIVE, IT IS!” and “from the city of lights – Where the officials decide? A lot are underrated – loaded with ego and pride!”