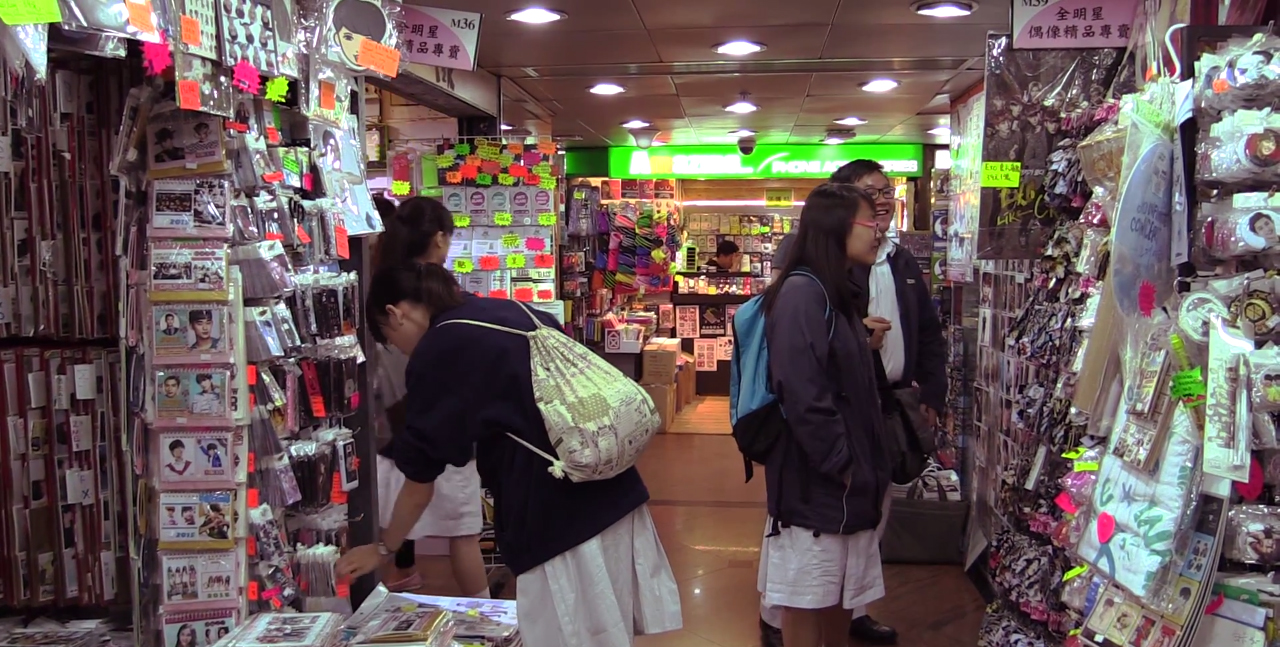 The decline of celebrity merchandise industry in Hong Kong

The glory days of Hong Kong popular culture in the 1990s gave rise to a variety of celebrity product shops, notably in Sino Centre in Mongkok. The shopping centre was  an important place for fans to purchase celebrity merchandise. But with the advent of the age of internet downloads and changes in idol worship culturemany celebrity product shops have closed down. For those that remain, the challenge is to change with the times or suffer the same fate.

Today, most of the idol merchandise on sale at Sino Centre is for fans of K-Pop stars. There are shops selling shops selling a large variety of collectibles, including Japanese magazines, stamps, local and foreign CDs But in the heyday of Cantopop, they were packed with photos, posters and collectibles featuring stars like Leslie Cheung and Anita Mui

Eva Ng and Tata Lee, who are devoted fans of the late Cantopop diva Anita Mui, used to visit Sino Centre frequently to purchase Anita merchandise. They recall the crowded scenes there and joke about the good old days when they had to line up outside the photo shops.

When they revisit their old haunt, the friends are surprised by the changes at Sino Centre. Compared to the more than 30 celebrity product shops of the past, there is only one celebrity photo shop left in Sino Centre.  They also lament that familiar names such as those of the Four Heavenly Kings of Hong Kong Cantopop can no longer be found in the shops.

When she was a schoolgirl, 20-year-old Kitty Chan would go to Sino Centre and buy stuff related to teen idols such as Twins and Fahrenheit. She blames online shopping for the closure of celebrity product shops. With greater a variety and better quality of products, many prefer to buy items online through official fan club websites rather than shops in Sino Centre.

Still, Sino Centre has an irreplaceable status in some people’s eyes. Patrick Choi, the owner of Sky Music CD shop since 1990, has witnessed the golden age of the celebrity merchandise industry at Sino Centre. He feels deeply connected to this place, and over the years some of the his customers have become his good friends. He is sad about the decline of the industry but says he will try his best to keep going in order to preserve the collective memory of a generation of people.