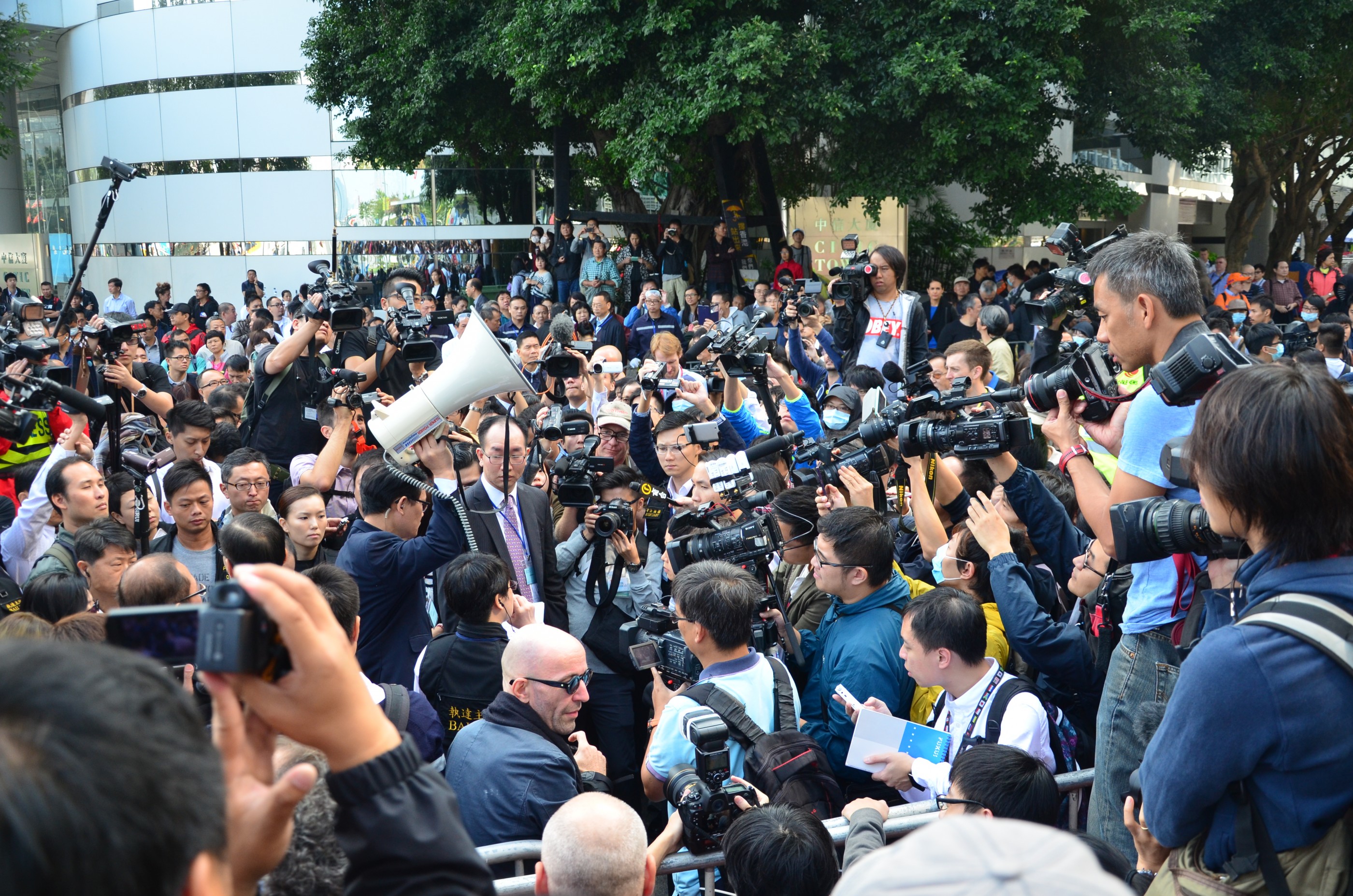 What does it mean for journalism when amateurs take to the frontline?

As the Umbrella Movement ran into its second month, it was another night of action in Mong Kok. This time, it was a camera flash light that triggered scuffles.

Daniel Cheung was in the middle of the crowd. He is a photojournalist from SocRec, an independent online media outfit in Hong Kong.

Cheung had been working for SocRec for around three months. Compared with the traditional media, he says reporters at independent media enjoy greater editorial independence; they can release first-hand information quicker. Usually, a camera or a smartphone is all they need to do their reporting.

Still, he concedes the mainstream media makes a bigger the impact than independent media, “Foreign media would only report through the information released by mainstream media,” says Cheung.

Gundam Lam is a student at the University of Hong Kong who works part-time as an amateur reporter for InMedia, another independent Internet media platform in Hong Kong.

Lam recalls that when he tried to report the meeting between representatives of the Hong Kong Federation of Students and government officials, he was refused entry to the venue. Lam’s credentials were not recognized by the guards. He found the decision ridiculous and says a media organisation should be judged by its credibility and influence.

Citizen journalists play a different role from that of mainstream journalists. Instead of maintaining objectivity, some would practice advocacy journalism, “We are here to be part of the social movement… our news is assisting the movement!” he says.

Paul Leung, who founded SocRec, thinks citizen journalists are different from journalists. “Journalists are journalists, they require professional knowledge … We are just netizens and citizens, who systematically collect information by crowd-sourcing and posting it online,” he says.

“[For them], it’s just an interest.. They are merely collecting information – a lot of people do that. We used to call them information sources. But now we gave them a name, citizen journalists,” says Sham.