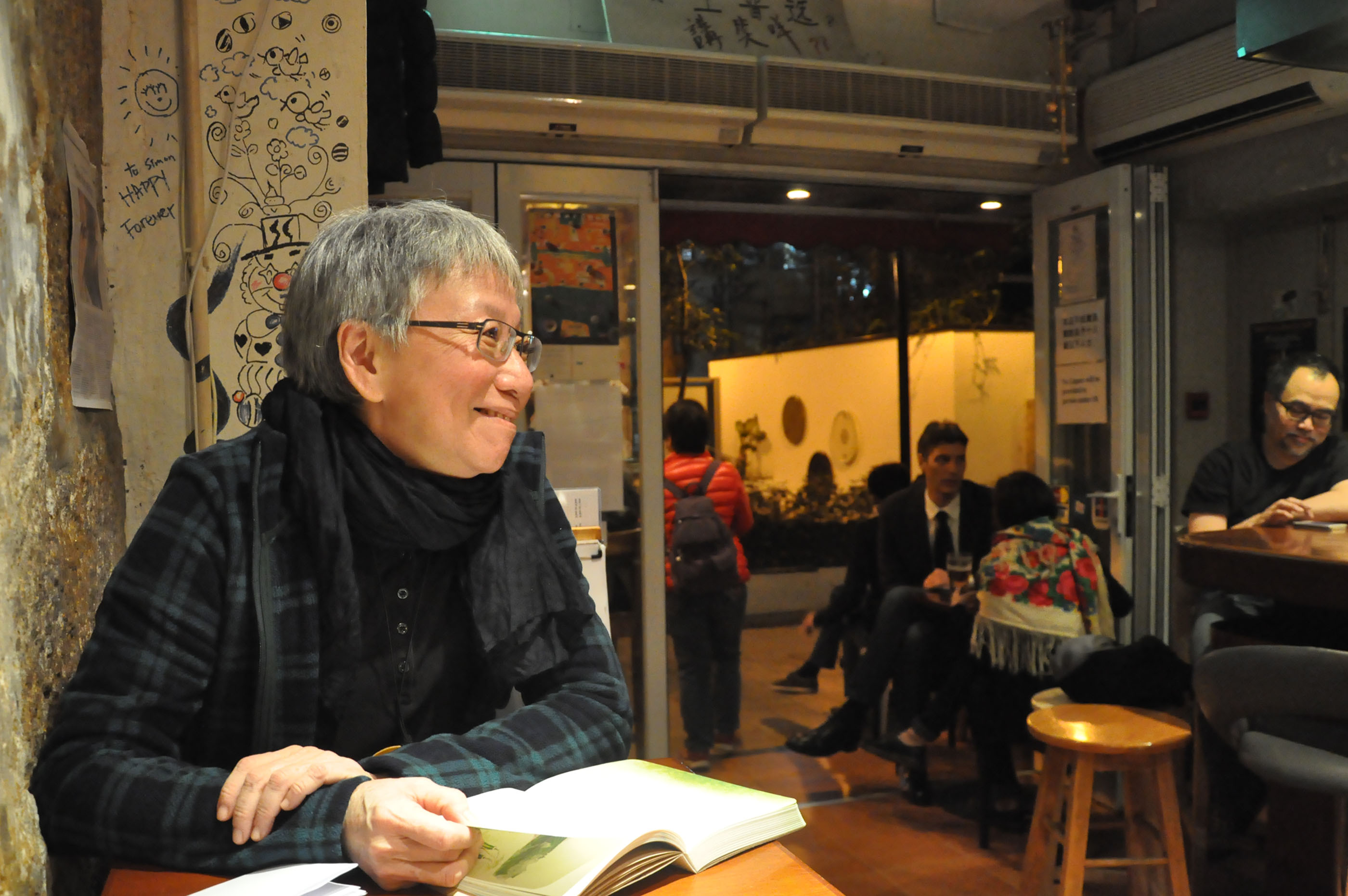 Tucked away in a non-descript alley in the trendy Soho district, Club 71 comes as something of a surprise.  At the entrance, there are three ceramics of human heads by a local potter, Caroline Cheng, with the words ‘THERE’, ‘IS’ and ‘HOPE’ engraved on their foreheads. In the corner of the colourful painted interior of the bar, a musician is playing violin. Grace Ma Lai-wah, Club 71’s owner, extends Varsity a warm welcome.

The bar, named after the annual July 1 protests is the 61-year-old Ma’s second business venture.  The first was the iconic Club 64 in Lan Kwai Fong which Ma ran for 14 years. Those were years that spanned the aftermath of the June 4 crackdown in 1989 to the 1997 handover, SARS and the 2003 July 1 protest against Article 23.

Throughout that time, Club 64 was a place where people from Hong Kong’s local culture, arts, social activist and media circles would gather to socialise, relax, talk politics and have a drink. Watching over the bar throughout those years was Ma.

Surprisingly, she says: “I’ve hated doing business my whole life, not to mention running a bar.”

Ma was enlisted to help by her former husband, a scriptwriter, who was one of the original 12 partners when the bar opened in 1990. Others included the late social activist Ng Chung-yin and media veteran Lung King-cheong.

Although she was still working as a secretary in a nursing unit at the time, Ma started working at the bar in the evening after work. “Men do the talking, and the women do the work,” she complains. She worked without pay for half a year before she began running the bar full-time.

Unlike the other bars and pubs in the area, the atmosphere in Club 64 is peaceful. No one plays hand games while drinking in the bar, instead they chat, read or play music. Ma says she did not deliberately create the vibe. “Perhaps it’s related to my personal character. I don’t like tumult,” she surmises.

The early days of Club 64 were tough for Ma. The business struggled to break even and her marriage broke down in 1993. She drank heavily.

There was also trouble with gang members who visited the bar and harassed Ma frequently. As she was new to bar business, she was at her wit’s end. One day, a gangster asked her for protection money. “I really had no money to pay him, so I told him, ‘I think no one can protect anyone’, she recalls. Eventually, she learnt how to deal with them and earned their respect. Over time, things became easier for Club 64 and for Ma.

For many of her customers, and even Ma herself, the name Club 64 conjures up memories of the Tiananmen crackdown in 1989, an event that had a great impact on her. During the pro-democracy protests, Ma joined rallies in support of the students in Beijing. Until the news broke of gunshots in the capital, she held on to the hope that China would change. The violent suppression left her shocked and speechless.

“It’s too much to handle, using a name like this for a bar or business.”