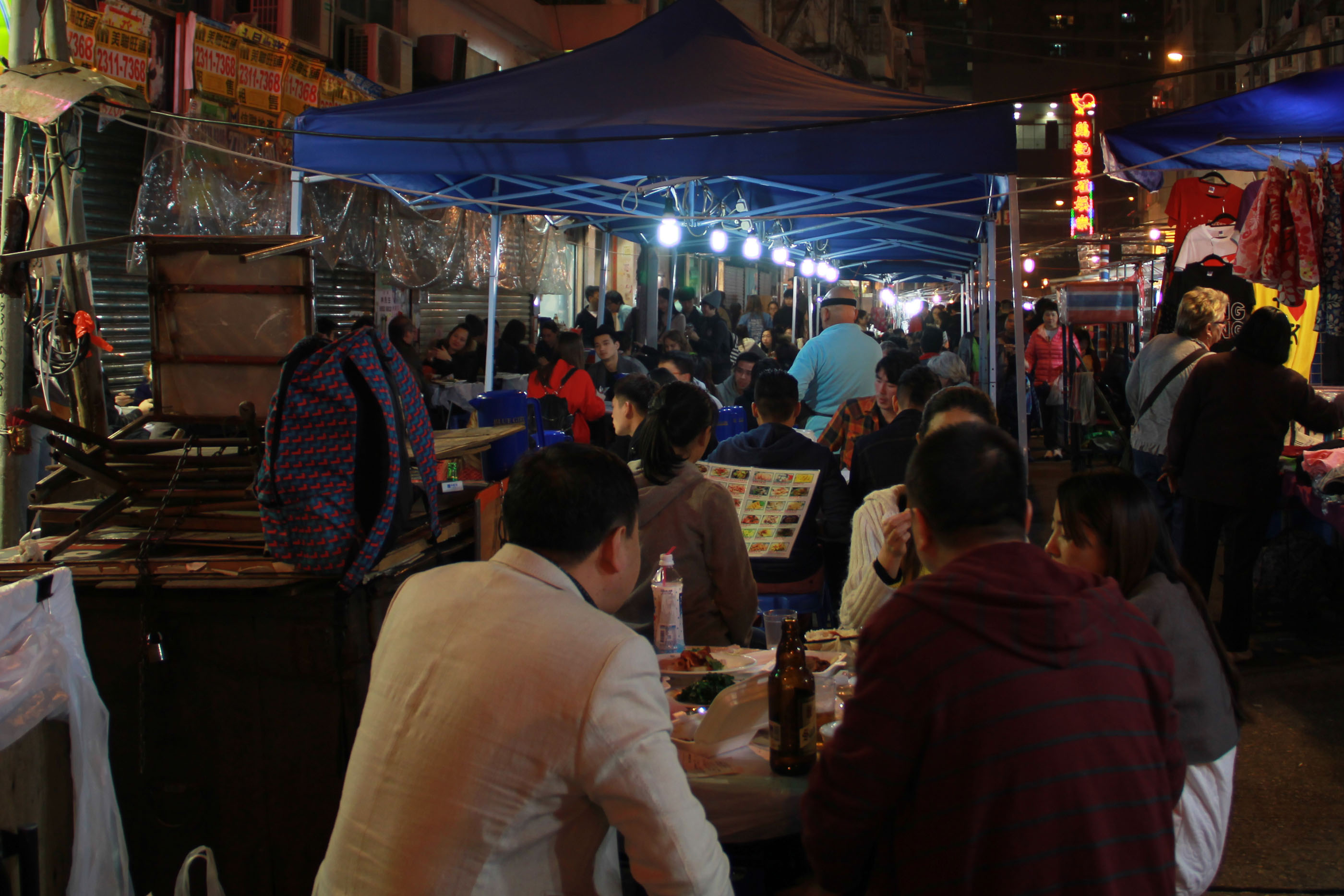 On most streets in urban Hong Kong, the pavements are filled with pedestrians and the roads filled with cars and trucks. But walking through Mong Kok’s Flower Market, the vehicles and pedestrians have to give way to pots containing lush green foliage and buckets of exotic blooms. The Flower Market is one of Hong Kong’s colourful feature shopping areas, it is also a street obstruction black spot.

It has long been common for shops in the Flower Market to put plants and flowers out on the sidewalk, or even in the road.

Ms Wong, who has been running her shop, New World Flower Corporation, on the periphery of the Flower Market on Fa Yuen Street, for 26 years says she only does so during certain times such as Lunar New Year or when she has a particularly big order and there is not enough room in the shop to accommodate the large baskets of flowers. Still, Ms Wong, who did not want to give her full name, was fined three times for street obstruction last year.

Defenders say the flower vendors should be treated leniently because the market is a unique Hong Kong landmark. “The Flower Market is a feature spot. It should be given immunity to put some flowers outside. Or else it will be an ordinary street just like every street in Mong Kok,” says Ko Shing-kon, the owner of a home accessories shop in the Flower Market.

The government disagrees. In a consultation document on Enhanced Measures Against Shop Front Extensions (SFEs), it said unauthorised shop extensions are “often at the expense of road access, safety and environmental hygiene, and affect the quality of city life. They usually cause nuisance, inconvenience and hazards to pedestrians and traffic.”

For authorities, shop extensions are a persistent problem in the Flower Market. According to the Food and Environmental Hygiene Department (FEHD), there were 149 related complaints and 343 prosecutions in the area in 2014.

Typically, it can take around two months from a summons to prosecution in court and the average fine for the most common offences was just HK$ 595 in 2013.

To address the shortcomings of the existing system, namely, the long lead-time of prosecution, light penalties and the lack of a “targeted legal tool against SFEs”, the government’s consultation document suggests introducing an additional fixed, on-the-spot penalty of HK$ 1,500. The consultation period ended in July last year and the Home Affairs Department expects to submit a draft of the new law to the Legislative Council by October at the earliest.