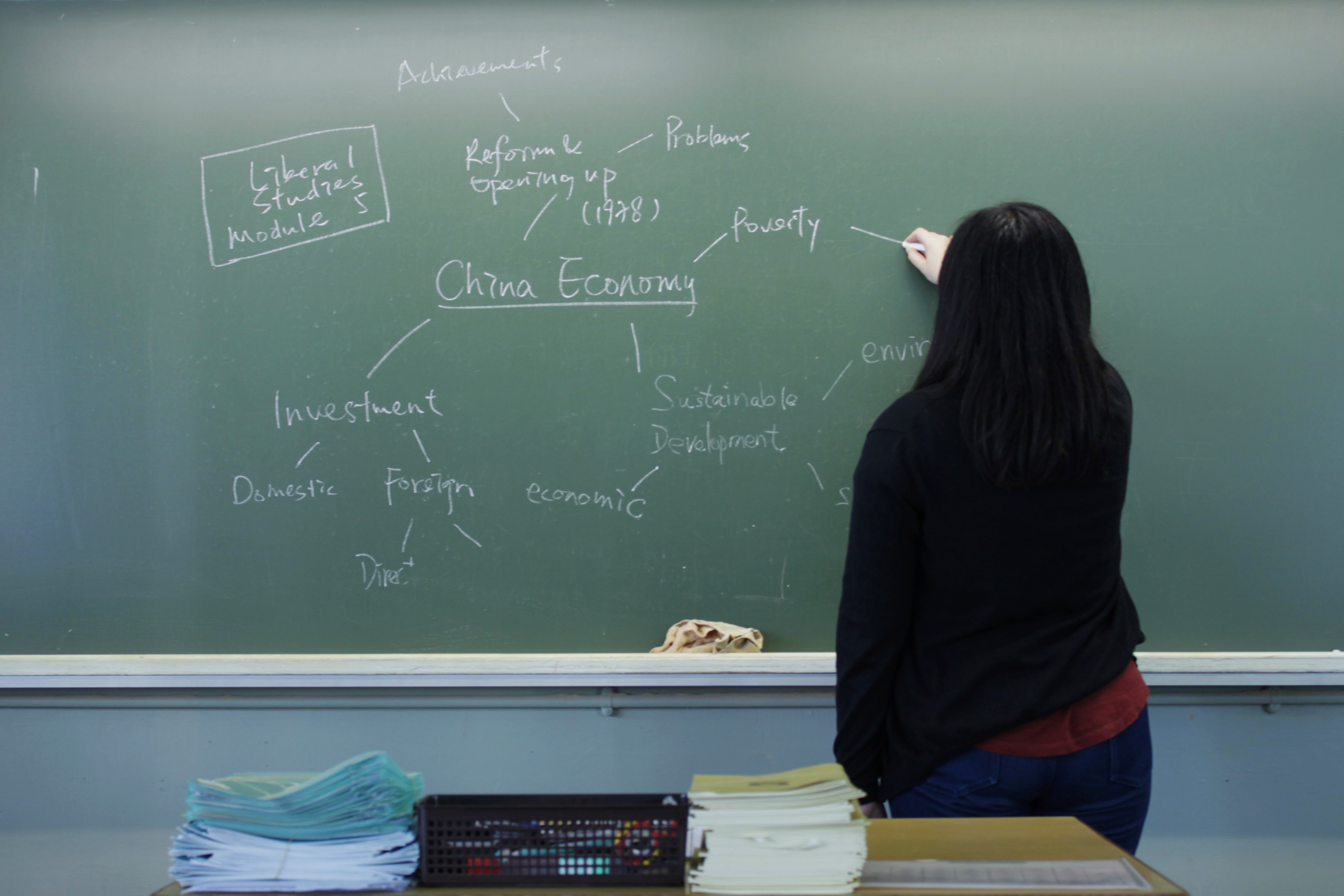 A Tai Po secondary school’s annual sports day has ended and most students have already left the premises except for a few who have stayed behind to chat next to the basketball court. Yam Ka-wing, their economics teacher is surprised to see them there and with a broad smile walks over to talk with them.

The 26-year-old holds a business degree and is the school’s only economics teacher. Despite a heavy workload, she enjoys her job and has a good rapport with her students. But she is not certain that she wants to or will be able to continue teaching at the school once her contract ends.

Since schools began to hire contract teachers like Yam in 2000, around 15 per cent of teachers in primary schools and 10 per cent of teachers in secondary schools have been hired on annual contract terms. Most of them are fresh or recent university graduates with a teaching degree or graduates who have taken the Postgraduate Diploma in Education. Many complain they are underpaid, overworked and lack job security – leading to fears about teaching quality and the future of the teaching profession.

Schools began to hire contract teachers after the Education Bureau (EDB) started giving out annual one-off cash grants to schools. Fung Wai-wah, the president of the Hong Kong Professional Teachers’ Union (HKPTU) says schools enjoy a high degree of freedom on how they use the grants.

Fung says the EDB introduced the grants after pressure from teachers to increase the number of permanent teachers to deal with the extra workload arising from special educational needs students, the New Senior Secondary (NSS) curriculum and life-planning education. The government refused to increase the headcount for permanent teachers, citing a drop in the number of school-aged children but agreed to the grants.

He says most of the schools use the money to hire staff such as contract teachers, associate teachers and teaching assistants to expand their teaching team and reduce the workload of permanent teachers.

The amount schools get every year fluctuates according to how many students there are. Government statistics show the number of secondary students dropped by 21 per cent in the past six years. If the EDB reduces the level of subsidy in a given school, its contract teachers may not be able to renew their contracts in the coming academic year. On the other hand, Fung points out that it is hard to fire a permanent teacher even if they perform badly.

Compared to contract teachers, permanent teachers enjoy job stability and their continued employment makes for a more stable teaching team in the school. The EDB has a strict quota on the number of permanent teachers a school can hire based on the ratio of two teachers for every class in a given year. They also have a predictable mechanism for pay increases.

However, there is no such mechanism for contract teachers whose salaries are decided by the schools. “According to the pay scale, the starting salary of a permanent teacher can be around HK$20,000 a month, but, in reality, fresh graduate contract teachers can only get half of that,” says Fung who describes it as a form of exploitation that the HKPTU cannot accept.