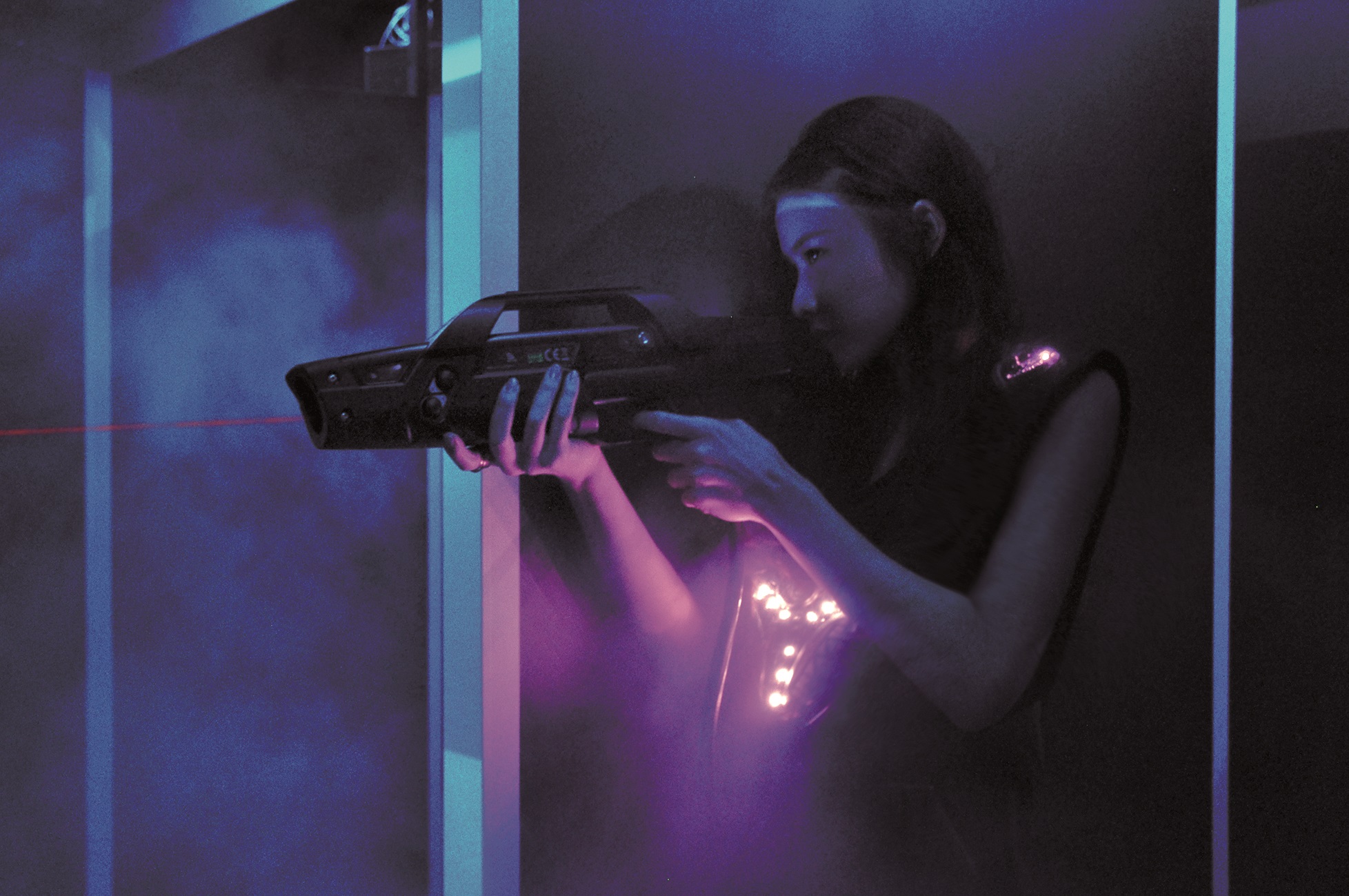 Enjoy the fun of laser tag at Lasermads
By Esther Chan

The room is dark, silent and cold. Wearing a bulletproof vest, you crawl along a narrow alley and
hide behind a roadblock. Suddenly, you hear footsteps approaching. You hold your breath, hold up
your laser gun and shoot – a laser beam.

If you have ever fancied yourself as a Stormtrooper or Jedi Knight, you might want to check out
Lasermads. The spaceship-themed laser tag station in Causeway Bay was opened by two post-90s
sci-fi lovers, Alan Ng Cheuk-lun and Zoe Wong Chun-yin in June.

Ng and Wong studied at high school in New Zealand and Australia, where they got their first taste
of playing laser tag. “Surprisingly, we found that there were no laser tag venues in Hong Kong at
all,” Wong says. “So we came up with the idea of getting one in Hong Kong by ourselves a year
ago.”

However, Wong and Ng did not want to just copy what they had seen overseas. Drawing on their
own knowledge of sci-fi movies, they designed the 2,500 sq ft space as a dark futuristic maze with
a spaceship theme.

To add to the experience, players are given the names of characters from movies, such as Ant-
Man, Iron Man and Black Widow. Wong says the customers are mainly young people who enjoy
the sci-fi atmosphere they tried to create.

In a game of 20 minutes, each player is given a phaser gun and a laser-sensitive vest. The game can
played as a team or solo match, with a maximum of 12 players in the room. The player or team
with the highest score wins.

Unlike conventional war games such as paintballing, laser tag will not make you sore or bruised.
What’s more, you can live out the fantasy of rising up and fighting again once you’ve been shot
down. Players need only wait four seconds to rejoin a game after being shot in Lasermads.

Apart from regular games, Wong says Lasermads also features one-off specials every two months.
For example, for Halloween Lasermads created a “Zombie Tag” series. Two players out of 12 were
randomly assigned as zombies at the start of the game and humans were turned into zombies
once they were tagged and vice-versa.

Are you ready to try your luck and test your skills in the laser tag war?
Lasermads is at 11/F, Ying Kong Mansion, Causeway Bay. You can call 2343-3033 to book or also
check out http://www.lasermads.com/ for further details on membership and prices.