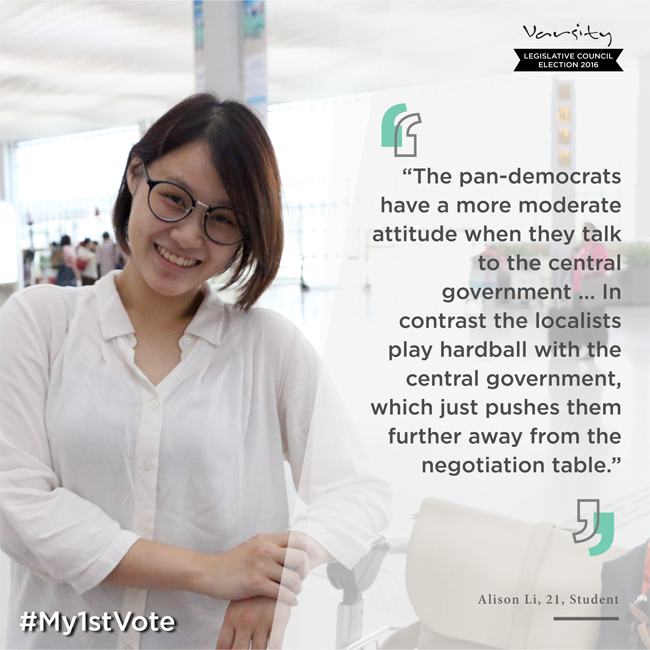 As the countdown continues, we talk to young voters about the issues that matter to them and how they will decide on who to vote for. The first in our #My1stVote series is 21 year-old student Alison Li.

Li says she wants to vote for a candidate who is able to fight for Hongkongers interests by negotiating with the central government,