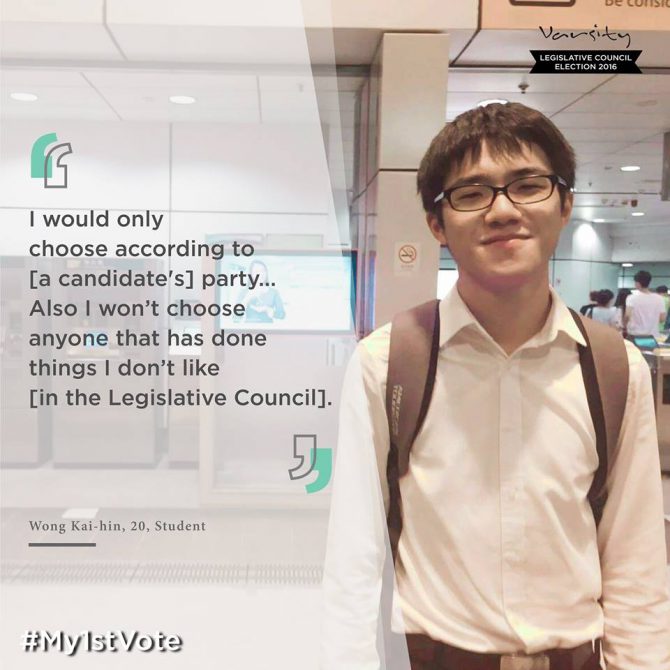 “I would only choose according to [a candidate’s] party. I’d only choose a centrist, neither a pro-establishment  nor a pan-democratic candidate. Also I won’t choose anyone who has done things I don’t like [in the Legislative Council]. For instance, I won’t choose those who throw things.”