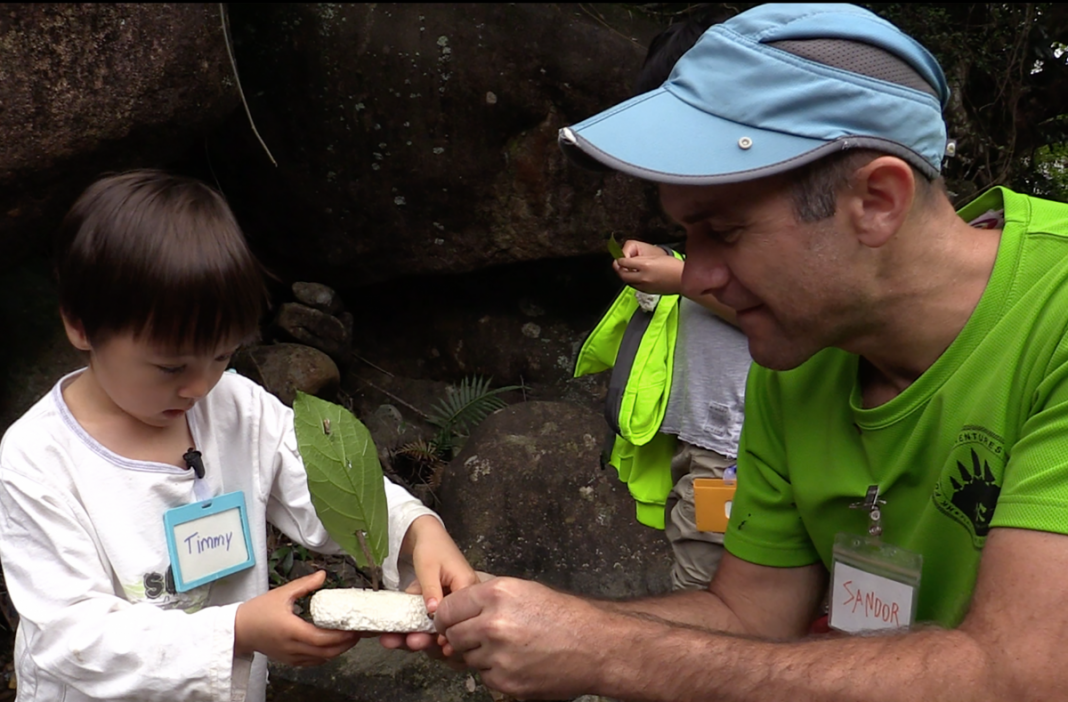 In Hong Kong, academic competition begins early – as early as kindergarten where children start learning to read and write so that they can be competitive primary school applicants. But despite the increasing pressure for academic success, some parents are pursuing alternative learning approaches for their kids and letting the children choose what they want to learn at an appropriate time.

Hong Kong Forest Adventures is a playgroup for children aged one and a half to six years-old. Fees range from HK$450-700 per session depending on the programmes they join, including day trips and camps. The sessions are child-led and not curriculum driven. Established in 2015, the playgroup started with just eight children joining their programmes. Today, 26 children attend on a weekly basis, and hundreds more join one-off trips every month. Danie Strydom, the founder of Hong Kong Forest Adventures, thinks learning should not be restricted to tangible knowledge such as writing. Instead, he believes that children learn through play.

“When they play they learn, they learn about something that is heavy, and something that is light. They learn about colours because they see the colours all around them. They learn all the time – play is how children learn. I think if we think that they only learn when they do academic stuff, we don’t know what learning is,” Strydom says, adding that kids learn soft skills such as sharing, negotiating and persistence through play.

Another alternative approach to early education is the Montessori approach. This contrasts with the traditional education system in Hong Kong in that it is child-led, with an emphasis on independence, freedom within limits and self-exploration in a stress-free but stimulating mixed age environment.

Fiona Kwong, is a full-time mum with two kids aged two and four. She runs a blog called ‘Playful Chaos’ about Montessori education and she hopes her kids can learn naturally develop a love of learning.

Infinity Children’s School is one of the Montessori schools in Hong Kong. The school runs courses for young children below the age of three with their parents, and mixed-age classes for children aged three to six. It is more costly than conventional kindergartens –  monthly fees for half day and whole day mixed-age classes are HK$7,100 and HK$10,850 respectively. However, despite the cost, Infinity Children’s School is oversubscribed.

The daily routine in a Montessori school is different from that of traditional schools. Children in conventional pre-schools and kindergartens cannot choose what they want to learn. But so-called alternative schools try to encourage self-exploration and their curricula tend to be based on a child’s specific stage of development.

Some parents prefer not to send their children to pre-schools or kindergarten altogether. Wincy Chan, a homeschool parent, says kindergartens want children to learn tangible knowledge, such as writing from an early age.

“We think that our kids are not ready for such education, so we deferred their admission to let them grow, hoping to let them explore more and play more,” says Chan.

Homeschooling after the age of six is not encouraged in Hong Kong, and most children will eventually enter mainstream schools to continue their education. Chan knows her children will have to adapt when time for the transition comes, but she believes it won’t be that different from the adaptation kindergarteners make have to make when entering primary school.

Whether it’s learning through forest adventures, Montessori schools or homeschooling, Ralph Yau, the founder of Hong Kong Montessori Research and Development Association says we shouldn’t dwell on the idea of an “alternative” education. Yau believes education shouldn’t be judged on whether it’s “alternative” or not – it should only be differentiated by whether it is suitable for human development.