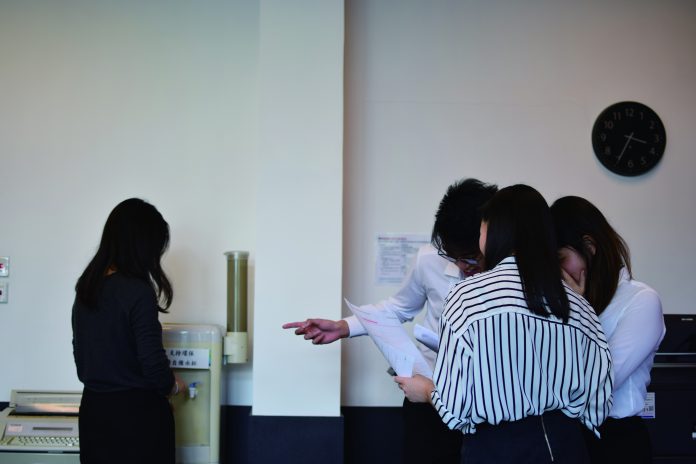 Ariel Or was a newly hired designer at an advertising firm when she first fell victim to workplace bullying at the hands of a superior from another department. Or says the co-worker, who sat close to her, would often feign clumsiness and push the objects on her desk onto the floor. He would also tamper with her work, once hiding the external hard-drive containing all her work files so that she could not complete assignments.

The bullying reached a point where it affected the company. Or says on one occasion her tormentor deleted some important information in her work so that it looked like she had made a mistake. The company had to compensate the client. Colleagues later told Or she was not the first victim; her tormentor had a history of bullying junior staff, especially newcomers.

Or’s experience of workplace bullying is not a rare or isolated one. Sarah Chan (not her real name), 33, is a project manager for a small non-governmental organisation. Chan says that since having a work disagreement with her boss on a recent project, her workplace has turned into a hellish environment. After the dispute, she has had to endure verbal insults, the yelling of profanities and being handed unrealistic tasks – causing her to seriously consider leaving once the project is completed.

According to a 2013 survey conducted by the Vital Employee Service Consultancy – which is a unit of the Christian Family Service –  53 per cent of respondents said they had been bullied at work. The most common forms of bullying included verbal abuse, being given unreasonable tasks and being socially ostracised by co-workers.

Although many workers are affected by workplace bullying, there is currently no statutory definition for it. The Labour Department says workplace bullying falls outside the scope of the Occupational Safety and Health Ordinance, meaning there are no labour laws  specifically addressing bullying in the workplace. This could be one of the reasons why, as found in the survey, only one in 10 victims of workplace bullying would complain to their companies.

For her part, Sarah Chan is one of the bullied employees who has chosen to remain silent. “Hong Kong people are really judgmental,” she says. “[If you complain it will] End up there will be people judging. You know Hong Kong people must [take sides]. There will be people asking why are you arguing with your CEO?” Chan is afraid that if she airs her grievances publicly, it may affect her work prospects later.

Chan finds the environment in Hong Kong very different from the United Kingdom, where she used to work. She says British labour unions would help employees take legal action against bullying employers while keeping their identities anonymous. She thinks this makes it a lot easier to combat workplace bullying.

Ng Koon-kwan, organising secretary of the Hong Kong Confederation of Trade Unions (HKCTU), agrees that unions in Hong Kong do not have sufficient power to stand up against employers. Ng says the government should re-enact collective bargaining rights so unions have a stronger hand in negotiating with employers.

In the meantime, Ng says existing labour laws do not give workers any protection from workplace bullying. However he admits it would be hard to legislate against workplace bullying as it falls into a grey area. “Even if I’m insulting you using foul language, I’m not violating the law. I can’t just legislate a labour law that prohibits employers from swearing at their employees, it doesn’t work. Yet, this is precisely a kind of bullying [behaviour],” Ng says.

At the end of the day, he sighs, the reason so many workers put up with bad working conditions is because they cannot risk losing their jobs. “The mentality of workers is that they have to provide for their family, living from hand to mouth, that’s why even if they’re bullied by their boss they will keep working.”

Sammi Lee (not her real name), 55, is one such case. Lee worked as a garments clerk at a local company. Although she faced frequent bullying, she could not quit because she had to take care of her mother. “If I could give up my job, of course I would want to quit. But sometimes there are things that cannot be decided by me. If you quit your job, it is hard for you to find another one,” she says.

For years, Lee put up with working frequent unpaid overtime shifts till one or two in the morning, and taking on extra responsibilities when others resigned, for no extra pay. She remembers mornings where she would just lie in bed, feeling helpless and staring at the ceiling. She could not face getting up and going to work for another gruelling day of stress and abuse.

Eventually the work life that she describes as being a “white terror” took its toll on her physical health. “I had a persistent headache,” she says. “The symptoms weren’t that serious, but they were getting more frequent. The pain became overwhelming, hitting me every day.”

She went to see a psychiatrist who recommended she quit her job for her health’s sake. She finally accepted the advice and quit her job in 2017 after 20 years at the company.

Elaine Chow Yee-ling, 35, a registered industrial-organisational psychologist, says it is common to see mental and physical health problems in workers who experience workplace bullying. Chow says her clients usually suffer from two major mental illnesses, anxiety and depression. She notes that victims are often very fearful when they receive phone calls from their bosses and often suffer from insomnia. Stress weakens their immune systems and many of them get sick easily, some even developing chronic symptoms.

Despite the impact of workplace bullying, Chow observes many workers believe they cannot do anything about it. “Sometimes victims will normalise these bullying behaviors,” says Chow. “Psychologically they will think that in this company or culture it is very normal.”

And it is not just the bullied who are mentally affected by workplace bullying. Chow says co-workers who observe bullying incidents are also affected – they become afraid and anxious that they could be next. She says this creates a cycle of silence and bullying where bullies continue to dominate and exert power over others through intimidation.

“Hong Kong is very career-oriented. It is a dog-eat-dog world out there. After all, bullying is a selfish behaviour. I’m suppressing you so as to secure the things [and power] I possess,” says Chow.

Joe Siu Kin-chung, a council member of the Hospital Authority Employees General Union, believes that the formation of office cliques may contribute to bullying behaviour. Siu says workers who are not on their superiors’ good side often find themselves being treated unfairly. They may be given tasks no one wants, be put on back-to-back graveyard shifts and subjected to biased performance reviews which hurt their prospects for promotion.

“If you are part of the ‘in crowd’, you need to help your boss buy breakfast. You need to play mahjong with him/her on weekends. You need to sing karaoke or have gatherings with him/her,” he says. “Such a culture still exists in the Hospital Authority nowadays.”

The union conducted a survey among Hospital Authority rank-and-file staff in 2017 and found that 30 per cent of respondents had been bullied by their superiors. But 80 per cent of them said they would not seek help from the human resources department.

“There is not a single channel we can complain to,” explains Siu. Although bullying is widespread, he says it does not receive much government recognition or public attention until it is reported by the media.

In response, the Hospital Authority says there is a set of objective criteria in reviewing staff performance, with various channels for staff to reflect their views and that complaints are handled prudently according to established mechanisms.

Suen Lap-man, principal consultant for Vital Employee Service Consultancy, says culture definitely plays a role in the severity of workplace bullying in Hong Kong. Suen cites a 2007 study conducted in the United States in which only 24 per cent of respondents said they had been bullied at work. He compares this with the 53 per cent who said they had experienced bullying in Vital’s Hong Kong survey.

“People from the East are more timid. They are afraid of being the first one standing up. They are afraid of bearing the risk,” says Suen. “I think the westerners have a higher awareness of their own rights. When they’re being bullied, they won’t suffer in silence. I believe there is a cultural difference.”

However, Suen believes the problem is not beyond remedy. “I don’t think employers in Hong Kong are bad, but the work stress in Hong Kong is really high; people tend to cast negative thoughts on the management,” says Suen.

He hopes human resources departments can play a bigger and more independent role in mediating conflicts between workers, and between workers and employers. However, he also thinks it is just as important that people improve their communication skills to reduce misunderstandings. Companies can also do more by providing training on how to give constructive feedback and comments.

“Try to avoid using emotionally charged phrases so that colleagues are able to listen to your advice, and not your emotional venting,” Suen says. “These comments are not effective, they won’t know how to improve.” Instead of using insulting language, he says it is more important to give practical suggestions on how to improve and to prevent feelings of being bullied.

It is also possible to move on from being a victim of workplace bullying. Designer Ariel Or eventually quit from the advertising company where she was bullied by a superior. As she gained more experience in the field and worked for different companies, she discovered that bullying is rife in the hyper-competitive graphic design industry. This motivated her to try to change the culture  and promote a more harmonious workplace.

“I don’t want any of these negative things to happen, which is why I decided to open up a company,” says 31-year-old Or, who now owns a publishing, advertising and design company. Her aim, she says, is to run a company where workers will not have to suffer the injustices she once did.

It is a place “where workers won’t need to stay-up overnight to complete a project, where there won’t be any vicious conflicts within the company, to not be afraid to speak freely, to not worry about missing meals, to not worry about being unable to go home and eat with their families,” she says.