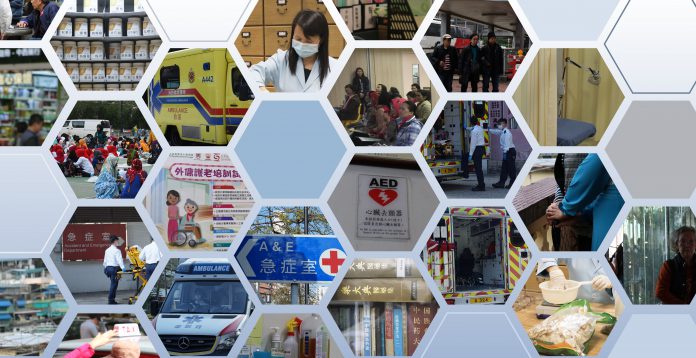 Hong Kong’s medical system is heavily subsidised by the government. Every resident has the basic right to enjoy quality medical services.

According to 2018 Bloomberg Health Care Efficiency Index, which took into account the lifespans of citizens and the costs of healthcare services, Hong Kong had the world’s most efficient healthcare system.

But the structural problem of overcapacity has long existed in the public medical sector. With increasing number of patients, public hospitals in Hong Kong are constantly overloaded, especially during peak flu seasons. People have to wait for many hours to see a doctor.

These have raised doubts over whether patients can really obtain timely access to medical treatments. Society has to explore alternative healthcare options to minimise reliance on public healthcare in Hong Kong.

We begin by discussing the significance of first aid in our everyday lives. It has always been a race against time when it comes to life-saving situations. To increase the chance of survival, general citizens should be equipped with basic first-aid knowledge. In reality, it is difficult to promote first-aid education in school.

The Good Samaritan Law has been widely implemented in Western countries to offer legal protection to people who help in medical emergencies. We talk to scholars about the necessity of enacting the Good Samaritan Law in Hong Kong and how it can change society’s perceptions on first aid.

To alleviate the pressure on public health system, it is becoming common to employ foreign caregivers to take care of the elderly. The government has introduced the concept of “ageing-in-place” to allow seniors to live in their homes as they age.

In response to this, foreign domestic workers gradually take up the roles of caregivers at home. They can receive proper medical training from fully-subsidised courses. However, the public have little knowledge about private foreign caregivers, according to employment agencies.

In the meantime, the government is considering resorting to Chinese medicine to share the burden of the existing medical system. Chief Executive Carrie Lam Cheng Yuet-ngor has announced a plan to open the first Chinese medicine hospital in 2024. We listen to union representatives and practitioners about the functions of the hospital, as well as their concerns on its management and mode of operation.

Apart from healthcare concerns, this issue also features a variety of stories, ranging from the difficulties in accessing halal food and a profile on a LGBT social worker to the bubble tea craze. We hope you enjoy your read!