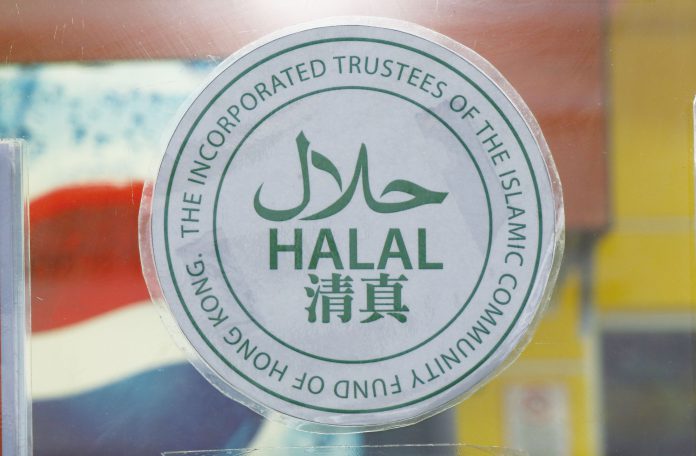 “It was the biggest sin that I’ve ever made,” says Mubina Jabeen, a 21-year-old student at the Chinese University of Hong Kong.

The “sin” she committed was eating a pineapple bun made with lard by accident when she was eight. Being a pious Muslim, eating the bun is not just a matter of making a wrong food choice. Consuming products containing pork content is a strict taboo in Islam.

“I felt extremely disgusted and I was guilty at the same time… So, I had to pray and ask for forgiveness from my God,” she says.

To avoid consuming food forbidden by her religion again, Jabeen has been extremely cautious in choosing her food ever since.

Why does halal food matter to Muslims?

Muslims have to follow the dietary standards as prescribed in the Quran. They are required to follow a halal diet – eating only what is permissible by their God. Precautions must be taken during the preparation of halal food. For instance, halal meats have to be processed, transported and stored according to Islamic guidelines.

“Before the actual animal is slaughtered, the animal needs to be looked after properly…After it is slaughtered, when it is being transported, there should be no contamination between halal and non-halal,” explains Ibraheem Mohammad, halal products certification officer of The Incorporated Trustees of the Islamic Community of Hong Kong (the Trustees).

What is the significance of halal-certified restaurants to Muslims?

The Trustees has started certifying halal restaurants since 2006. The initiative is to provide the local Muslim community a sense of security of what they are eating. Mohammad says religious experts from the Trustees would inspect halal ingredients used by the restaurants to make sure that they come from a trustable source.The cooking method of halal food also has to comply with Islamic laws.

What are the hurdles local eateries may face to become halal-certified?

A higher cost of imported food can be an issue for restaurants to become halal-certified. Anil Rekhani, director of Ebeneezer’s Kebabs & Pizzeria, says the company has to import 90 per cent of their meat as it is very difficult to find halal meat in the city. He reveals the cost of halal meats in Hong Kong can be 10 per cent higher than normal meat.

Ebeneezer’s is currently the largest halal restaurant chain in Hong Kong. All of its 17 branches have received halal certificate issued by the Trustees. Rekhani says it is not too difficult to obtain a halal certification. The obstacle, however, is to maintain the certification. He says officers from the Trustees would conduct regular spot checks and surprise inspections on restaurants, which might hinder the daily operations of some.

“They will regularly come into your kitchen. Without asking you anything, they open up your fridges, your storeroom and check each and every item,” Rekhani says. Smaller restaurants might find it difficult to accommodate such a requirement, deterring them from getting a halal certification.

Are Muslims enjoying a wide variety of halal food in Hong Kong?

Mehmet Emin Arduç, an 18-year-old Muslim high school student who has moved to Hong Kong for five years, is concerned with the healthiness of halal food served in restaurants. Although halal food choices have increased in recent years as halal restaurants can be found in almost every district now, he finds only a few of them serve nutritious cuisines.

“Most of the food in halal restaurants are unhealthy. That’s also the reason I do not like eating outside,” says Arduç. “The food is too greasy and too heavy.”

Professor James Frankel, director of Centre for the Study of Islamic Culture at the Chinese University of Hong Kong, believes there are enough restaurants to satisfy the halal demand, but people would like to have more options and variety.

“I have some Chinese friends and when they think of halal, they match that with the Islamic culture or Muslim people that they know. So, they think halal food must be kebab and curry… People think that because there’s a cultural association, but any food can be halal,” says Frankel.

What can be done to make Hong Kong a more Muslim-friendly destination?

Last year, Hong Kong was on the list of top five Muslim-friendly non-OIC (Organisation of Islamic Cooperation) destinations in the Global Muslim Travel Index. Frankel says Hong Kong should seize the opportunity brought by its incoming Muslim tourists and the growth of the local Muslim population.

“Hong Kong prides itself for being an international city and being a magnet for tourism and business. If you want to attract Muslim visitors and also the increasing Muslim population, I do think the government could initiate some programmes, and some promotion to increase the awareness of not only halal but also Islam in general.” he says.

Currently, the Hong Kong Tourism Board organises seminars to encourage companies to promote halal tourism. It also puts the list of certified halal food outlets on its website for Muslim tourists. But Frankel suggests more can be done to incentivise more businesses to accommodate halal food demand.

He cites Taiwan as a model. The region has a similar proportion of Muslim population like Hong Kong but has made strong efforts to boost Islamic business development and attract Muslim tourists. The Taiwanese government has been hosting the Taiwan International Halal Expo since 2012 to provide local companies access to the world’s halal market.

Frankel says it is important to educate local eateries the market potential of halal food. He believes steps should be taken to create a favourable business environment for local restaurants to accommodate halal demand, such as providing capital incentives like tax reduction. In that way, Hong Kong can have a greater variety of food and eventually a bigger share of the Muslim market.

“In the end, this is going to be a cost-and-benefit analysis”, says Frankel.