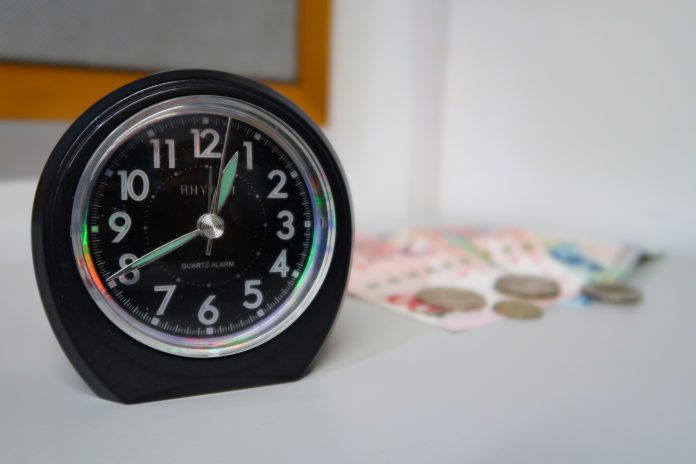 Living in Shek Kip Mei with many elderlies, Wong Kit-ling, a participant of the Sham Shui Po Sham Shum Fook Time Bank scheme, has helped to run exercise classes for the elderly since November 2021.

She first joined the scheme in March 2021 to help a blind elderly buy food and cook meals.

“Some disabled elderlies need help for daily living. Seeking help has been more difficult after many district councillors resigned. Even if some organizations can offer help, they charge around HK$80 to HK$90 per hour. Not everyone can afford it,” the 67-year-old woman sighs.

Under the Sham Shum Fook time bank scheme, participants can earn time credits at a rate of one time credit per minute by doing social services. They can either spend them on participating in services, trainings and activities or donate them.

Wong thinks the scheme is meaningful to ageing communities like Shek Kip Mei as elderlies there need Sham Shum Fook. She says that the scheme makes the community full of love and care.

“The core value of the scheme is promoting mutual aid in elderly communities. This is the goal we set in our first meeting,” she says.

The core value of the scheme is promoting mutual aid in elderly communities.

“Upon retirement, I have co-organised Sham Shum Fook with People Serving Centre, an NGO serving the underprivileged in Sham Shui Po. As what the elderlies living in Tseung Kwan O hope, we promote time banks in Hong Kong,” the former social worker says.

Since March 2021, Ko has assisted the Sham Shum Fook preparation committee to run the time bank by promoting it to more people.

“I try to raise people’s awareness by explaining the scheme and interacting with Sham Shui Po residents during briefing sessions,” she says.

Ko thinks recruiting members is difficult as they lack manpower and resources to promote the scheme to the whole community. The scheme now has 40 members.

“Sham Shui Po is too big. We are now promoting in two estates by setting street counters and distributing leaflets, but many other estates have not been covered,” she says.

COME, which targeted Wan Chai residents, was launched in December 2001 to promote using time coupons to exchange goods and services.

“People can join COME after understanding the whole project and the concept of the time bank. Members will receive time coupons when they complete voluntary services, such as household cleaning and childcare. Later when they need help, they can use time coupons to exchange for goods and services,” she explains.

The first event they had was a bazaar in Wan Chai in 2002. There were stalls of traditional craftmanship, such as threading and Chinese paper cutting. Members and stall owners used time coupons in exchange for services and products with one another.

“For example, some farmers sold vegetables to get time coupons, which they could use to exchange for foods or recruit members to help with farming,” she adds.

They then held more diversified events including tutorial class matchings. Now COME has around 2000 members.

According to an evaluation study on COME conducted by the Hong Kong Polytechnic University in 2015, over 170 COME members were polled and more than half of them thought COME improved living standard and community connections.

Cheng is now an entrepreneur selling organic foods and healthy products. Using what she has learnt at St. James’ Settlement, she plans to adopt the concept of the time bank to her business for the sake of community mutual supports.

“I am still thinking of ways to exchange time. The target group will be the middle class or people who understand the concept of green money. For example, I will collect time coupons when I teach tea brewing,” she says.

Wong Hung, an associate professor from the Department of Social Work at the Chinese University of Hong Kong, was one of the advisors of COME in 2001.

He says time banks can either exchange voluntary services or community currencies.

“In the past, voluntary services were not recorded, which means you may only gain happiness and certificates. But now time banks encourage more people to be volunteers by donating their time. Then they can store their serving hours for taking services as rewards in the future,” he explains.

For the latter type, he says it can help with the community economy as it confines the consumption and production of goods and services to the local community.

Wong says the concept of the time bank, which originated in the United States in 1980s, has now spread to other European, South American, and Asian countries.

He thinks the development of time banks in Hong Kong is still at its infant stage.

“It is a community work that needs help from social workers. But now the government has no funding for it. Social workers need to use their time and source fundings to run time bank. The biggest difficulty is that social workers do not have sufficient resources,” he explains.

It is a community work that needs help from social workers. But now the government has no funding for it. Social workers need to use their time and source fundings to run time bank. The biggest difficulty is that social workers do not have sufficient resources.

But he still believes the time bank has its potential in Hong Kong by adopting the UK experience, which is having small time banks in different communities to form a bigger time bank.

“It is because the ageing population in Hong Kong is increasing. Retirees have higher educational levels so they can handle applications for using time banks better,” he says.