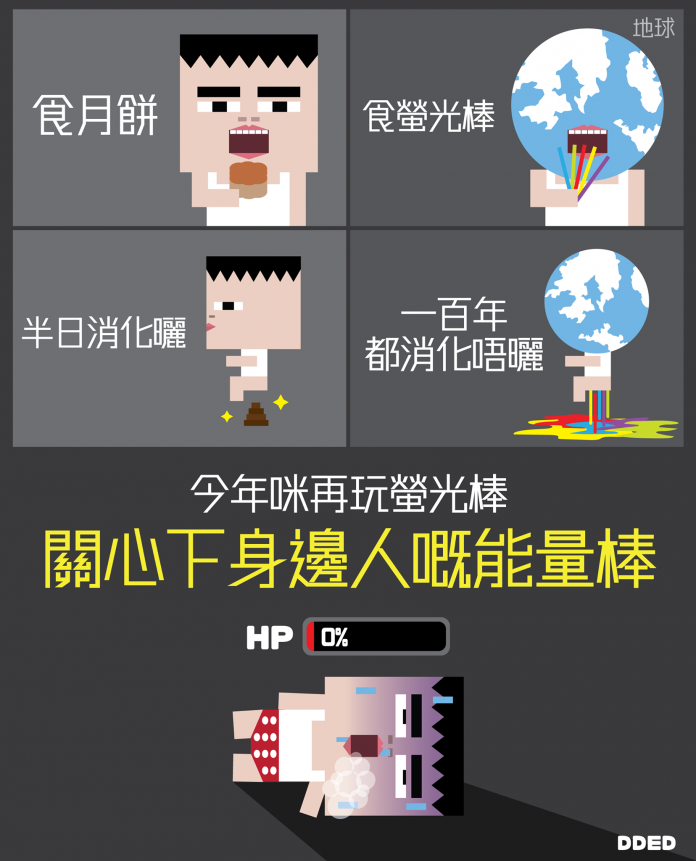 Have you ever wondered where computer fonts like Times New Roman and Arial come from? These commonly used English fonts are produced by font designers using computer software. In the Google Fonts library platform, there are only 12 sets of Chinese typographies or just one per cent of the whole free and open-source font family. The rest are mostly English typography. With increasing interest in Chinese and Cantonese culture in Hong Kong, font designers find demand for traditional Chinese and Cantonese fonts has grown.

Eddie Yuen Hing-cheong designed Hard Gothic（硬黑體）in 1997. He learnt how to draw and design fonts with software himself. It took him four years to finish the typeface as he needed to design 5,000 traditional Chinese digital fonts.

Yuen’s traditional Chinese font with bold and straight strokes was put on sale in 2002 for $300 per set. He gave up selling his font design three years later because of his busy work as a door plate manufacturer to maintain his living. He only sold 40 sets of fonts making a few thousand dollars in the end.

But Yuen decided to revamp his font design after learning that his font design was used by DDED, a local comic artist, in his comic book in 2016. He finished revamping his font design in 2018 and added more traditional Chinese characters to his design.

“I THINK IT IS IMPOSSIBLE TO SURVIVE AS A FULL-TIME INDIVIDUAL FONT DESIGNER IN HONG KONG.”

“I added Cantonese characters like 「㗎 」 and 「𠻹」in my design to meet stronger demand for fonts for typing Cantonese,” Yuen says.

He and his teammates realised that there was a problem of lacking a font for eye-catching titles for media content like YouTube video thumbnails years ago, and they wanted to solve this problem with a new font design.

“Our team did some research on market demand for font design which is used for eye-catching titles. We also asked whether people would like to pay for our design in the research,” he says.

After the research, the team developed Moodmen Reborn Font（思緒重生體）, a font design with bold and angular strokes, in 2020.

Chan designed the characters for Moodmen Reborn Font with distinctive elements to serve the need for eye-catching titles.

“For each character, the upper part was designed to be narrower than the lower part so that its shape is similar to a trapezium. Also, I tried to leave more space between strokes so that the characters will not mash up when they are printed in small font sizes,” Chan explains.

“WE WANT MORE PEOPLE TO KNOW THAT THERE IS FONT DESIGN IN HONG KONG, AND WE HOPE THAT THEY WILL PAY FOR THE USE OF OFFICIAL FONT DESIGNS.”

Chan also included Cantonese characters like「係」 in his design as he believes that it is part of Hong Kong culture.

“I am a Hongkonger and I speak Cantonese every day. I do not have to think whether I should include Cantonese characters in my typography as it is natural for me to do so,” Chan says.

Kwok Bit-chee, associate professor of the Department of Chinese Language and Literature and director of the Research Centre of Cantonese at the Chinese University of Hong Kong, observes more people have become interested in Cantonese and traditional Chinese characters.

“People used to think there is no need to preserve Cantonese as it is already part of our lives. But now more people are concerned about this because of the social environment in recent years,” he says.

The scholar finds that there is a stronger interest in researching Cantonese and traditional Chinese characters in the academic circle in recent years as well.

“Many research projects by postgraduate students in our faculty are about Cantonese. Our ex-colleague, Ben Sir, is also working on preserving Cantonese culture via his social media page and media exposure,” he says.