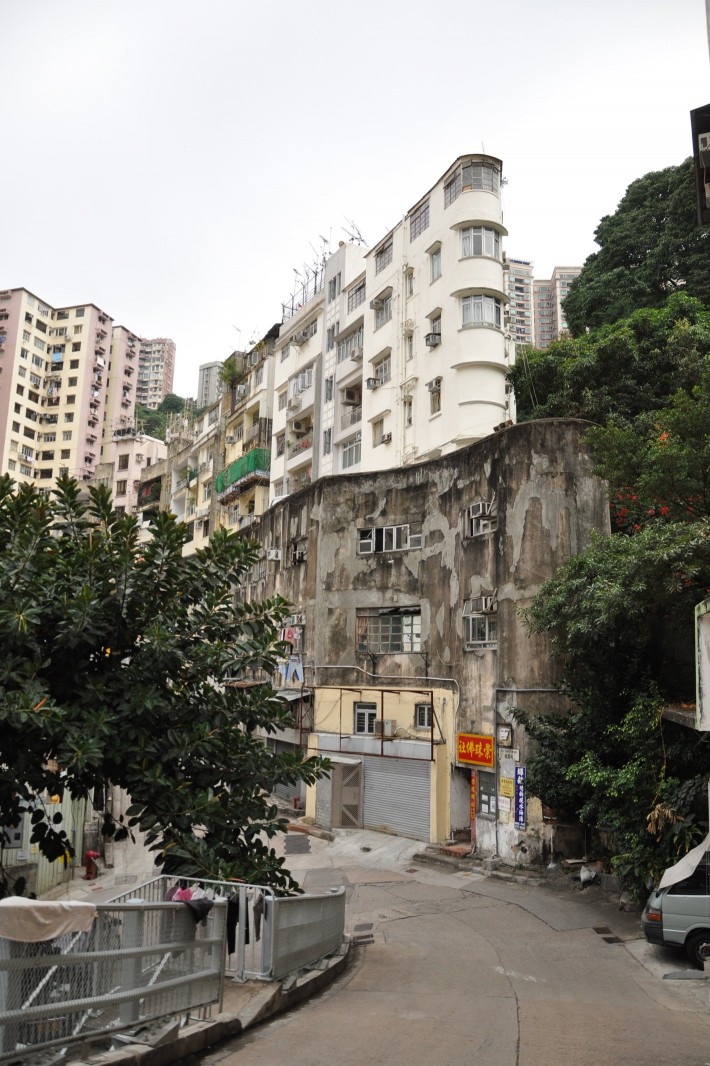 Before bulldozers moved in to demolish the tong lau or Chinese tenement buildings built in the post-war period in Wing Lee Street and Lee Tung Street, the affected residents put up a fight against redevelopment. Their cause won the sympathy of many Hong Kongers.

This is not the case for Kai Yuen Street in North Point. Redevelopment is now so widespread that perhaps the public and the media have lost interest.

Yet this once quiet and low-key street has a rich history.

The Kai Yuen Street neighbourhood was until recently a peaceful oasis..It is common to see chauffeurs smoking quietly next to parked Porsches and foreign domestic helpers pushing trolleys full of groceries. The street has always been populated with the rich and famous who wish to stay low-profile. Writer Eileen Chang and painter Zhang Da-qian were among those who fled China and found some peace living there.

The street was named after a magnificent mansion at the knoll. The mansion, Kai Yuen, was home for the family of Chan Wai-chow until it was demolished in the late 1960s. Chan Wai-chow was the brother of Chen Jitang who governed Guangdong province after the Kuomingtang’s Northern Expedition from 1929 to 1936. Chan built Kai Yuen 1938 after his brother’s downfall.

The apartments are known for their high ceilings and sky gardens. The neighbourhood is friendly and the security is good.

The steep and narrow road leading up to Bedford Garden segregates the street from the hustle and bustle of the main roads in North Point. Its inhabitants speak highly for the street’s quietness.

However, construction noise has disturbed the tranquillity of Kai Yuen Street since New World Development acquired the eastern part of the street, from Bedford Garden to Full Wealth Garden at the end of the street, in recent years.

Still, most of the residents Varsity spoke to believe it is worth putting up with the dust and noise for a good apartment in Kai Yuen Street.

The construction work is now flattening low-rise blocks and replacing them with several 30-storey buildings. The residents of lower Kai Yuen Street have all moved away.

Some residents of upper Kai Yuen Street do not want to entertain the idea of the same happening to the flats in their part of the street. They do not want to move. “You cannot find the apartments here anywhere else in Hong Kong,” one of the residents said.

To outsiders, Kai Yuen Street may be just another street being redeveloped. For the residents, the peace may have been disturbed, but street is still a haven of tranquillity for now.