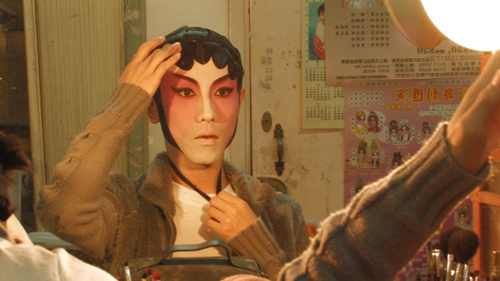 Holding a large bag of DVDs, Danielle Zhang, project coordinator of CNEX Foundation Limited Hong Kong, rushes into the activities room of Goodlab in Cheung Sha Wan. She then settles down and introduces CNEX.

CNEX, which stands for “See Next” and “Chinese Next”, is a non-profit-making foundation which originated in Taiwan. Founded in 2006, it aims to produce and promote Chinese documentaries.

The people behind CNEX chose to focus on Chinese documentaries because the dramatic changes in China have attracted worldwide attention, including from documentary makers. “China accumulates so much wealth, but there are still lots of social problems. We want to focus on these problems and record them so that our next generation can have a reference,” Zhang says.

The foundation provides a platform for Chinese documentary enthusiasts to communicate. They intend to develop a library of global Chinese documentaries, so as to record the changing cultures of different Chinese communities.

To this end, they organise an annual thematic project, soliciting and promoting films that fit that year’s theme. The theme is based on the events happening in Chinese society during that year.

For example, in 2008 when the Beijing Olympics’ slogan was “One World, One Dream”, the annual theme was “Dream and Hope”. This year in 2013, since we survived the Mayan doomsday, the theme is “Dissolution and Restoration of Love”.

They also hold annual documentary film festivals where the topic is related to the annual theme. In addition to film screenings, they also invite professionals, such as psychologists, to hold post-screening seminars. The screening tour also includes forums for exchanging ideas.

The Hong Kong branch of CNEX helped to produce KJ: Music and Life, a biography of a Hong Kong child musical prodigy which later won the Best Documentary Award of the Taiwanese Golden Horse Awards 2009 and the Best New Director in Hong Kong Film Awards 2010. After the local CNEX was set up, it became responsible for organising local film tours in the hope of making documentaries more accessible to the public.

Compared with the Mainland and Taiwan, promoting documentaries in Hong Kong is a challenging task. “The situation in Taiwan is so mature that there are many documentary festivals. There are also independent cinemas specialising in documentaries,” Zhang says. “It is really difficult [to promote documentaries] in Hong Kong… It is not as appealing as mainstream films.”

She also points out that the aid from the Hong Kong government is not enough. “The subsidy from Hong Kong Arts Development Council does not pinpoint documentary. It has to compete with drama. Everyone applies for the same limited funds. So it is quite difficult,” she explained.

But Zhang believes there are certain values in documentaries that are irreplaceable. She says: “We hope that besides recording the visual, we can make a social impact.”

Zhang sometimes feels disheartened for the sorry state of affairs of documentaries in Hong Kong. “Documentaries are really good!” she exclaims.

The screening tour of CNEX Hong Kong lasts until June 2013. More information can be found on their website:
http://www.cnex.org.hk