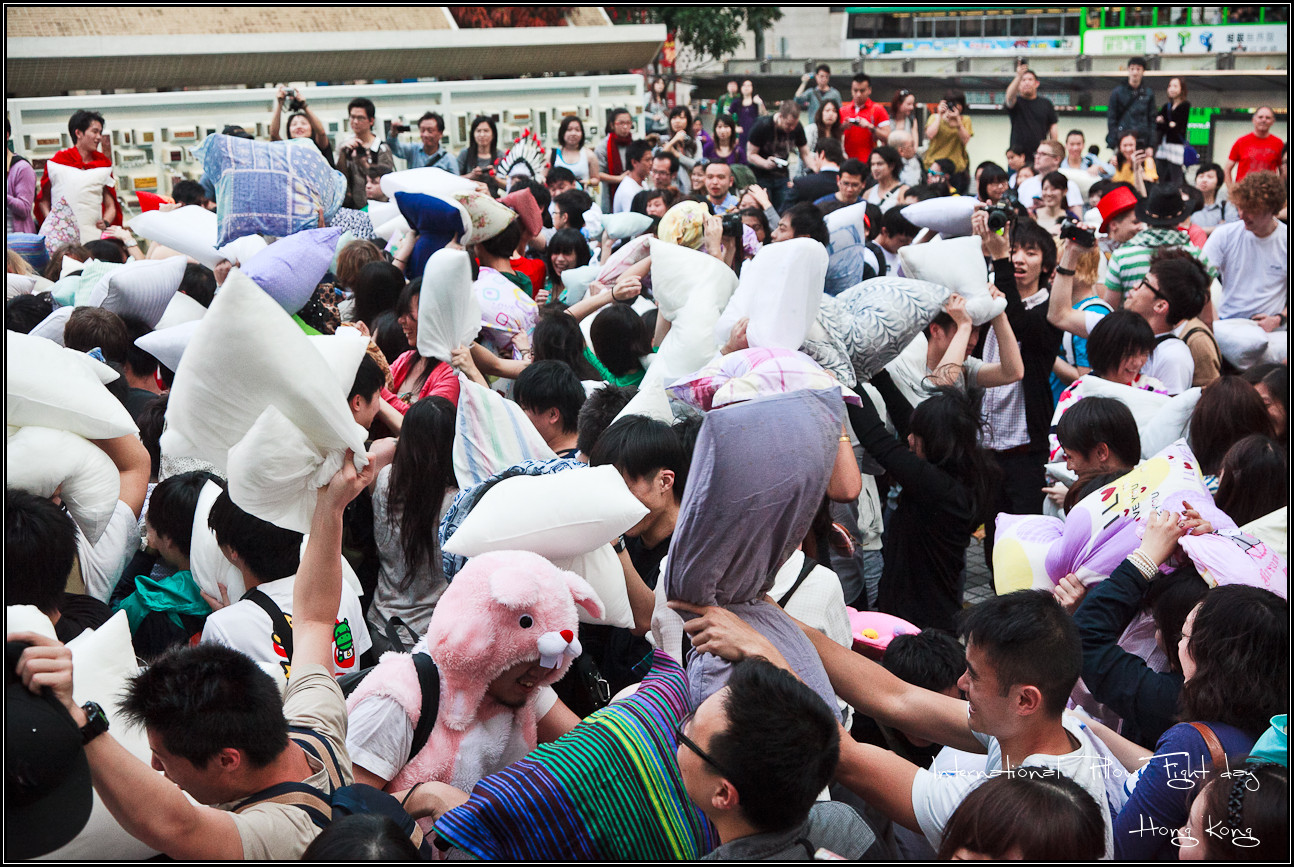 The rising popularity of the flash mob community in the city

It was an ordinary Saturday afternoon in Chater Garden with people enjoying the sunshine when a raging war suddenly began. Hundreds of people, some in pyjamas and fancy dress descended into the park and started beating each other senselessly – with pillows. As the cotton filling and feathers flew around and fell down like snow, anyone observing the scene would have wondered what on earth was going on.

Welcome to the world of the flash mob, a world of absurdity, spontaneity and surprise.  A flash mob is an inexplicable group of people who assemble in a public place, perform an unusual and seemingly pointless act for a brief time and then quickly disperse afterwards, leaving the place as if nothing has happened. The act itself can range from dancing, music-playing and singing to meditating, planking (lying face down in an unusual place), or simply freezing on the streets. Either way, flash mobs usually manage to draw the attention of others.

This unusual kind of meeting was first created and organized in 2003 by Bill Wasik, a senior editor of Harper’s Magazine. The first successful flash mob was held in June, 2003 at Macy’s department store in Manhattan, where 100 people converged around a carpet and informed the shop assistants they were all looking for a “love rug”. Wasik invented the activity as a social commentary and experiment on hipsters, educated young urbanites who see themselves as “alternative” but who lack the self-awareness to see that they are conforming to another set of tastes and fads. It was, Wasik wrote, “an empty meditation on emptiness.”

But what had started out as joke to highlight the cultural atmosphere of conformity has taken on a life of its own and is now a worldwide phenomenon used to highlight diversity and bring together people for social and political causes.

Flash mobs first appeared in Hong Kong in 2003, but the concept did not take off until a large-scale flash mob of people dancing “Beat It” took place in Mong Kok in 2009 after the sudden death of pop star Michael Jackson. Since then, there have been occasional flash mob events in Hong Kong.

The biggest of these was the International Pillow Fight Day event, which has been an annual event since 2011. Each one attracts an average of over 300 flash mobbers.

“The reason to do it is for no reason,” says unofficial ringmaster Tom Grundy. “You get permission to be a kid again. To act silly. To be naughty and ridiculous. To do something really unusual.”