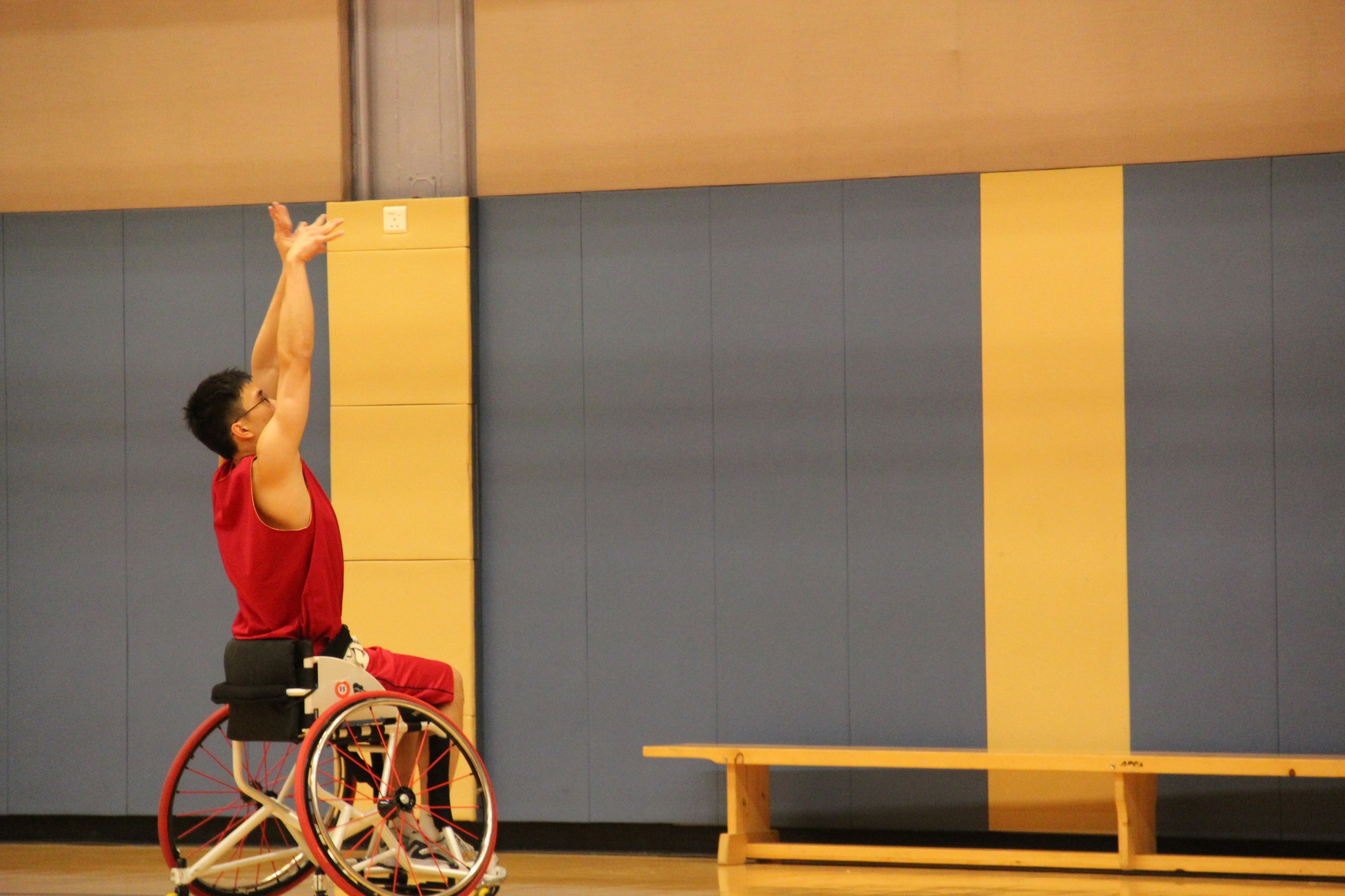 Just one year after the end of a 14-year hiatus of the full marathon wheelchair race at Standard Chartered Hong Kong Marathon, the event was cancelled in this year’s race. The move calls attention to a lack of awareness surrounding resources and welfare for wheelchair athletes in Hong Kong.

Ajmal Samuel is a passionate wheelchair athlete and a former Pakistani soldier, who sustained a permanent spinal injury whilst fighting in the Indian-Pakistani Conflict in the 1980s.  Samuel is  unhappy about the time arrangements of this year’s wheelchair race, which automatically disqualified any racer who was unable to complete the first 11 kilometres in 40 minutes.  Out of the six participants, only one managed to finish the race.

“When I started talking about it five years ago, the idea was to make it an inclusive race,” says Samuel.  “The time limit is very unrealistic, so only a few professional athletes are allowed to finish the course.”

William Chu Yun-ming participated in the 3 kilometer wheelchair race.  He started training at the  Tseung Kwan O Sports Ground every Tuesday and Friday six months before the race.  However, he experienced much inconvenience and often felt he was competing for track space with other members of the public.

“Other people complained that it was very dangerous to run alongside the wheelchair athletes, in case they got hurt by the wheelchairs,” says Chu.  “As a result, I would only train on the two innermost tracks.”

During Varsity’s visit to a training session of a wheelchair basketball team at Kai Tak East Sports Ground, none of the basketball players had their own game wheelchair.

Chung Cheuk Ping has been playing with the team for three years, and he hopes to get his own game wheelchair.  “Since I am without a [game] wheelchair, it really hinders my performance.”

However, this may be just a dream for Chung.  Cat To, programme officer from the Hong Kong Paralympic Committee and Sports Association for the Physically Disabled, says  it is difficult for the organisation to buy each player a game wheelchair, which costs up to  USD 3000-5000..  To adds that since funding from the government is limited, it is inevitable that resources can only be spent on medal-winning elite sportsmen.

Benny Cheung Wai-leung, four-time Paralympic gold medalist in fencing and Chairman of the Hong Kong Federation of Handicapped Youth (HKFHY), acknowledges the imbalance in resources distribution. He says there is a need to develop wheelchair sporting facilities for all. He believes organisations like his own have a role to play in this respect.  “It really needs organisation like ours to reflect to the government what needs to be improved,” says Cheung.  “I think our organisation needs to talk to the government in the future to hold activities through pilot schemes.”