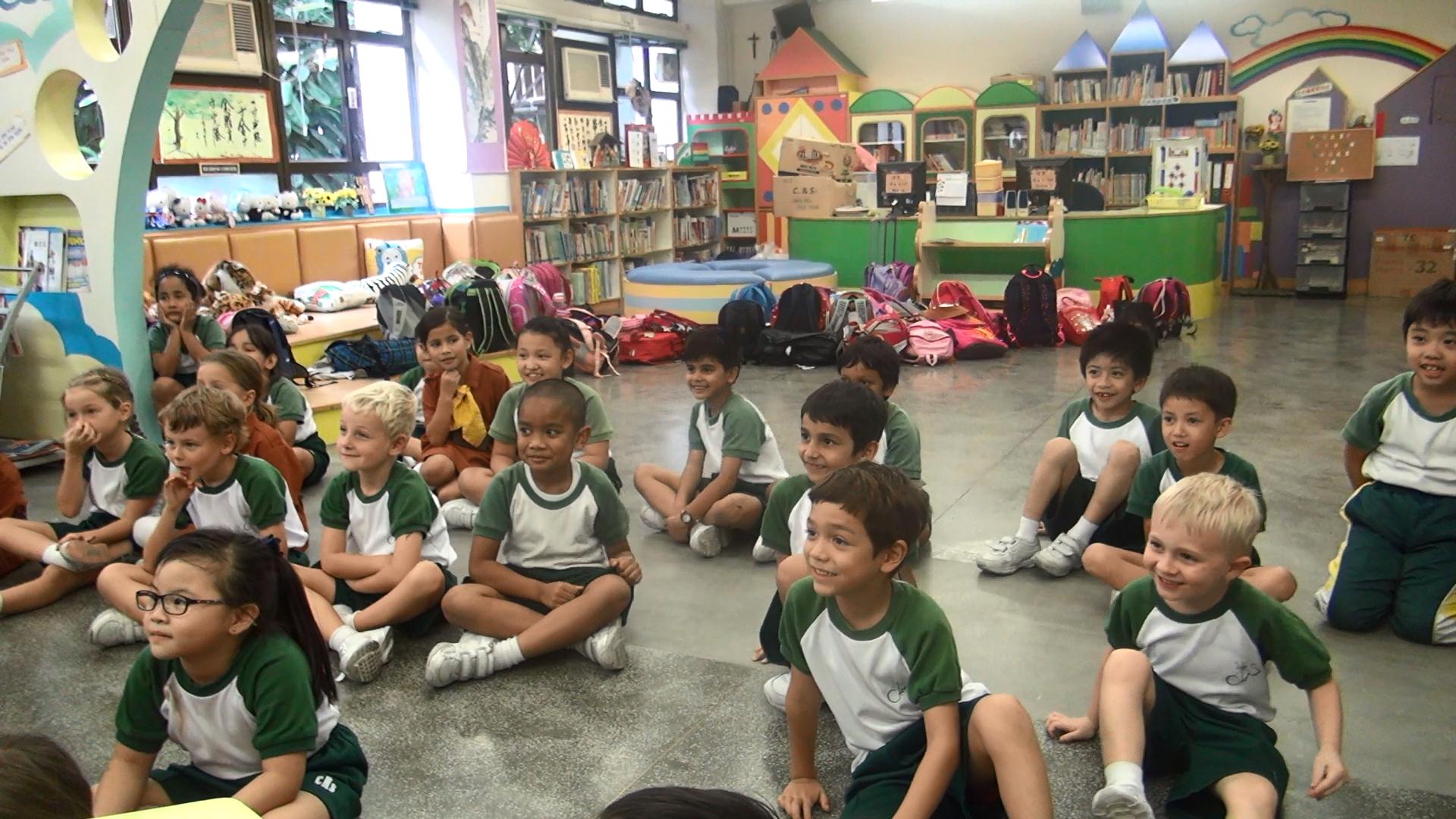 When you step into the colorful campus filled with happy children of seventeen nationalities conversing in perfect English, it is easy to mistake Catholic Mission School, or CMS, for yet another international school in Central. However, this is in fact a government-subsidised primary school.

It began in 2011 when the school was threatened with closure under the Education Bureau’s School Closure Policy due to an insufficient number of pupils. The school’s Principal, Fung Suk-kai noticed there was a strong demand for education for expatriate children in the area.

Fung decided to internationalise the school and set about to introduce a School-based International Curriculum. The curriculum combines elements of the Education Bureau’s Hong Kong Primary Curriculum and teaching materials devised by the school.

The new curriculum focuses on global knowledge. For example, in general studies, students not only learn about the meaning of the national flag of the People’s Republic of China, but also the flags of other countries such as Turkey and Denmark.

Chinese is taught in Mandarin and students are allocated to different groups according to their abilities in Chinese lessons. In the Chinese beginners’ class for non-Chinese students, teaching is supplemented with English and emphasizes pinyin and vocabulary for daily life.

Despite the initial deficit, Fung expects non-Chinese students to have reached a similar Chinese level by the time they graduate from CMS. “We hope our non-Chinese students will be able to go to local Band 1 Secondary Schools, not just international schools,” says Fung.

For their part, local parents are drawn to CMS’ international and relaxed environment, which is similar to that of an international school, but without the high cost. Iris Lee, whose child was admitted to CMS through Central Allocation, thinks her child can improve on his English and communication skills in the multi-cultural environment. ‘There are a lot of group activities and he needs to cooperate with children of different nationalities.’ says Lee.