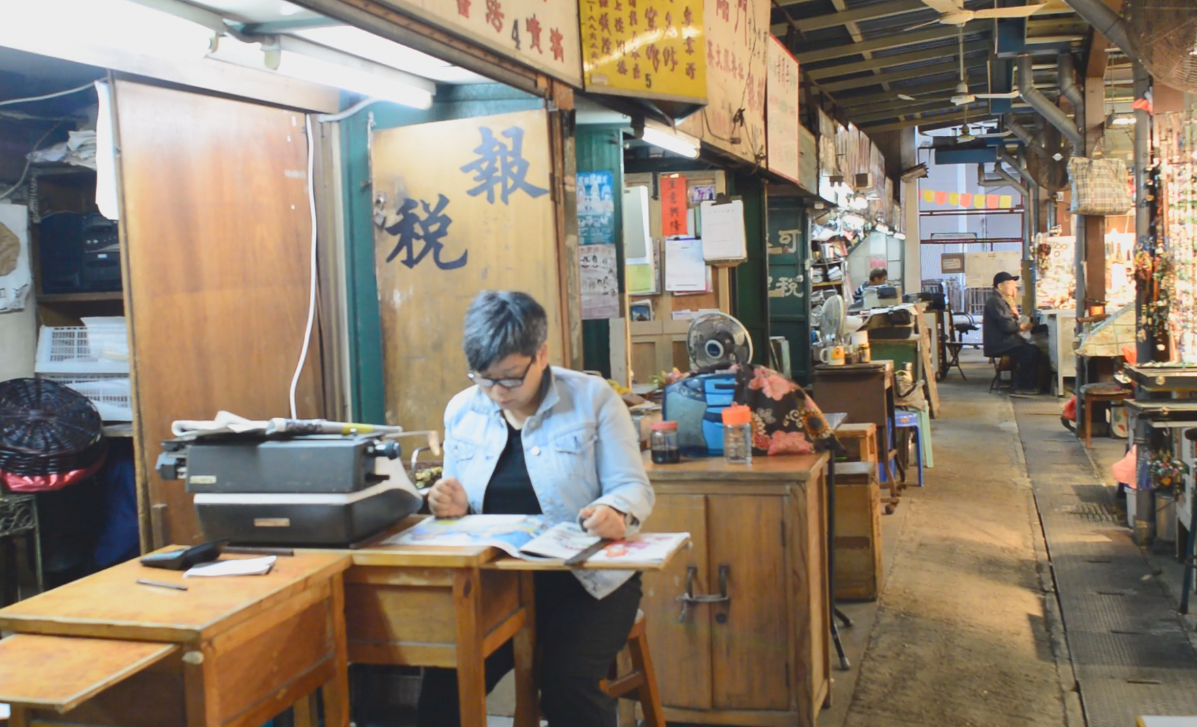 Just a few feet away from the bustling main street in Yau Ma Tei, around 10 stall owners in Jade Market still practice a trade that stretches back to the early days of Hong Kong’s British colonial history. Known as “public secretaries” or “letter guys”, they write letters and legal documents and fill in tax returns.

Before the first phase of compulsory free education was introduced in 1971, many people in Hong Kong were illiterate due to wars and poverty. Letter writers performed an important role in drafting official and legal documents. As English was the only official language before 1974, letter writers had to be literate in English and many were retired civil servants, police officers, school principals or teachers.

Between the 1950’s to 1970’s, many letter writers gathered around at the “Red Brick House”  at Yunnan Lane, on Shanghai Street, in Yau Ma Tei. Many of their customers were lower middle class – there were construction workers, hawkers and even bar and club hostesses.

As the district underwent development, the letter writers have relocated twice already and are due to  move again when the construction of Central Kowloon route begins in 2015.

Chinese became an official language in 1974 and the primacy of English has waned since the handover in 1997. More than 93 per cent of the population is literate and some are even filing their taxes online. The letter writers’ trade is becoming obsolete. The government stopped issuing new licences to letter writers long ago and those who are still working are few and aging. Although they insist they will carry on after their stalls are relocated, it is only a matter of time before their trade disappears altogether.