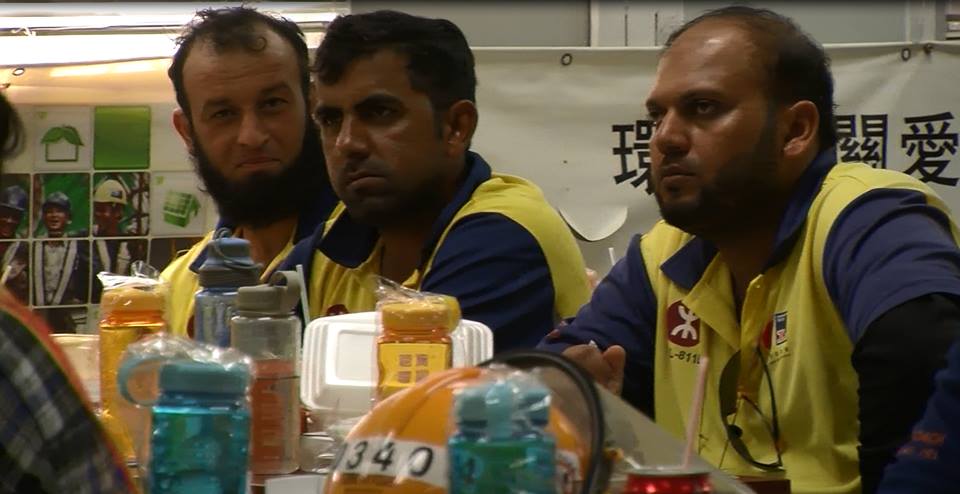 The government’s proposal to import more foreign workers to ease the labour shortage in the construction industry is being debated within the community. But meanwhile, Hong Kong’s own ethnic minorities are being denied the chance to advance in the industry due to discrimination and language problems.

Rai Lal Chandra, aged 41, is a Hong Kong born Nepali who has worked as a general labourer for over a decade. He says that while contracts guarantee the same pay for local Chinese and ethnic minorities doing the same job, Nepalese workers are treated unfavorably in terms of overtime payment and sick leave. Rai says inequality stems from the ethnic minorities’ lack of Chinese and English language skills, which affects their understanding of the terms of their contracts.

Singh, an ethnic Indian, was born in Hong Kong and can speak fluent Cantonese. However, he never received any formal Chinese education and this became a big obstacle when he enrolled on the two-year diploma course offered by the Construction Industry Council. Money was another problem – although Singh received a stipend from the CIC subsidy, he still needed to borrow loans and work part-time to support his family.

Dorothy Lee Ching-man, supervisor of the Diocesan Pastoral Centre for Workers, says most CIC skill enhancement courses are taught in Cantonese and interpreters are only provided when there are five to six ethnic minorities in a class of twenty.

But Charles Wong, the training director of the Construction Industry Council says the council has already done a lot to help the ethnic minorities. He points out that although a threshold of non-Chinese speakers is required, the CIC does provide free interpretation services when the minimum number is met. What is more, the CIC provides English lessons for the two most sought-after courses – metal scaffolding and welding.

Wong acknowledges that insufficient publicity and promotion for CIC courses, and difficulties with translations might contribute to the low enrolment rate of ethnic minority students on the courses. But he also believes the relatively passive attitude of ethnic minority workers is a factor.

Members of Hong Kong’s ethnic minority communities are already working in the construction industry. With appropriate training, they can take up more skilled jobs and management positions. Given growing concerns about the human resources deficit in Hong Kong, the government and the community should explore how to help them achieve their potential in the workplace.