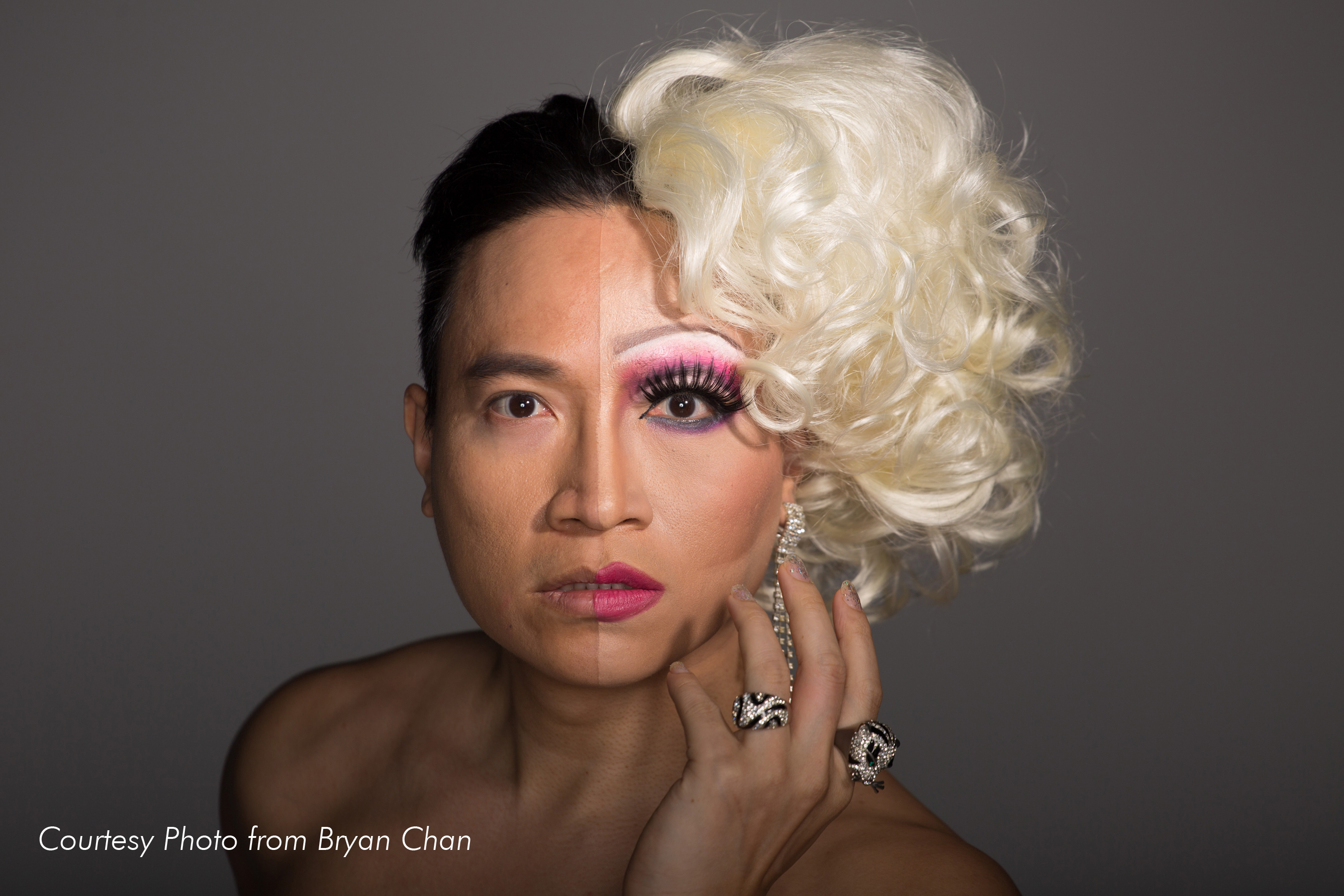 A slender lady dressed in a chic navy and red dress sits down elegantly and takes out a mirror. She meticulously applies her lipstick, oblivious to the gaze of passers-by.

“I get used to the gaze. At the very beginning, of course I minded. But now I know that I want to be a woman, I dress like a woman,’’ she says.

This is Beavis Wong Pak-fai, a 34-year-old who was born a biological male but identifies as female. Wong is receiving counselling for Gender Identity Disorder and is considering sex reassignment surgery. In the meantime, she says, “Cross-dressing is a platform for me to try dressing like a lady. I can find myself when looking at mirrors.”

Cross-dressing is the practice of wearing clothes traditionally worn by the opposite sex. Cross-dressers are a sub-group under the transgender family which includes transsexuals as well as those who are comfortable with their biological gender. Strictly speaking, anyone can be a cross-dresser, regardless of their biological sex and sexual orientation.

Living in a city where traditional ideas about gender roles and expectations are deeply entrenched, it is very hard for individuals to break gender norms. For many people, dresses are women’s attire and men should not wear them. But Wong has always been  fascinated by dresses.

Wong recalls that as a child, she used to observe women wearing long dresses in the street. She would cut out appealing photos of women from magazines and arrange them tidily in a folder.

While still at primary school, she started to secretly wear her mother’s dresses, but was disappointed that she only had a few.

In her teens, she saved up pocket money to buy dresses. To keep them a secret from her mother, the young Beavis locked the women’s clothes in a metallic box and placed a bunch of compact discs on top to cover them.

It was not until her twenties that Wong began to cross-dress in public. But the transformation was prolonged and gradual. First, she started off with gender-neutral outfits – from trousers, to shorts with leggings to long dresses.

Because the transformation was gradual, Wong’s mother reacted rather calmly when she learned of the situation. Once, when Wong was in hospital suffering from enterogastritis, she did not have time to hide her women’s clothing. Her mother discovered the stash, and that was when Wong confessed to suffering from Gender Identity Disorder, where one has a strong feeling of identification with the opposite gender.

“She noticed that I’m changing. She wants to know the answer,’’ says Wong. Nowadays, she makes sure she is always well dressed when meeting her mother. She wears dresses with high heels and applies makeup. Her mother even reminds her to not be too sexy.

Apart from her mother, Wong’s colleagues are also unperturbed by the gradual change in her appearance. She sometimes goes to work as an assistant information technology officer in a dress and full makeup.

Although Wong is not directly criticised by her colleagues, she does hear some tittle-tattle about the way she looks. “I don’t care too much. I’m there to perform my job,’’ says Wong.