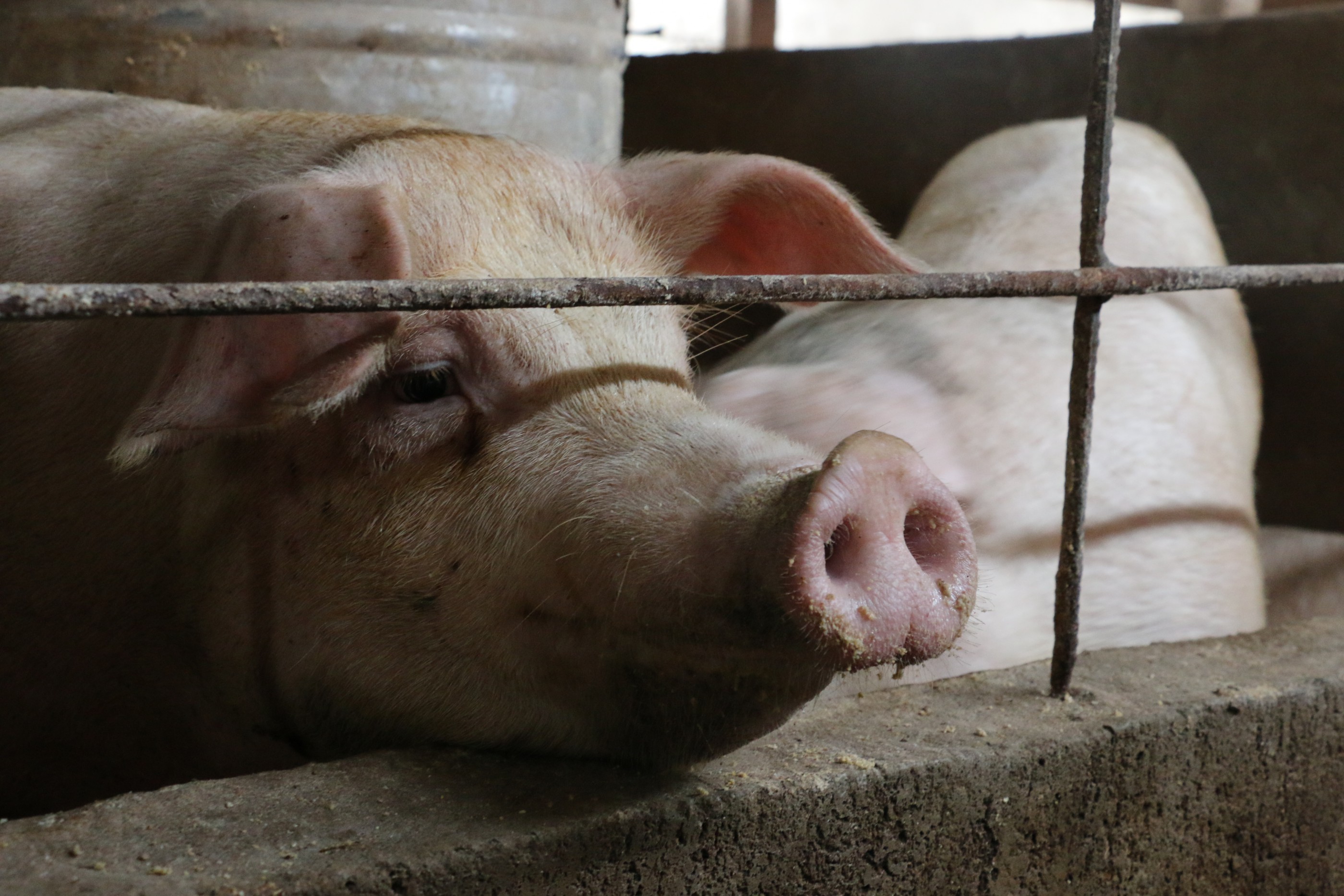 At the Wing Shun meat stall in Sheung Shui’s San Cheung Street, Tao Kai-ching is chopping meat and chatting to neighbouring stall-holders. The stall has been here for 20 years and customers keep coming back for the freshness and taste of the pork.

Tao is not just a butcher, he is one of a dying breed. He is a local pig farmer and has been raising pigs on his farm in Ta Kwu Ling for more than 30 years.

“I have a conscience, I emphasise food safety and I want to benefit my customers,” he says.

Most fresh meat and poultry sold in Hong Kong comes from the Mainland and in recent years, reports about Mainland food safety scares have made consumers more vigilant about the safety and origin of their food. Opting for locally produced meat may seem to be an attractive alternative, but is impractical due to the decimation of the local livestock industry.

After an outbreak of avian influenza in 1997, the government introduced a licensing scheme to restrict the number of chicken farms in Hong Kong. There were other measures to follow. To improve public health and reduce environmental pollution, authorities launched a voluntary licence surrender scheme for pig farms in 2007 and a buy-out scheme for poultry farms in 2004 and 2008. Compared to the 1990s, Hong Kong now has 80 per cent fewer livestock farms. There are 43 pig farms and 29 chicken farms left.

“I always believe you can eradicate an industry in just a minute…but if you want to revive it, you need more than a decade,” says 64-year-old Wong Yun-kan, who is the former legislative councillor for the Agriculture and Fisheries functional constituency. Wong says he thinks the government would like to close all the farms.

He recalls that most of the pig farms in Tin Shui Wai were shut down after continuous complaints from residents in nearby residential areas about odour pollution. Wong says he recommended the government to improve waste discharge systems and cleaning facilities to reduce environment pollution caused by pig waste but that his calls fell on deaf ears.

Lee says the role of the AFCD is just to regulate the industry and collect licence fees. The farmers have to rely on themselves for the purchase of pollutant facilities and vaccines. He adds that whenever animals get sick, the government asks farmers to give up rearing pigs. Therefore, they resort to treating the animals themselves based on their previous experience because there are not enough local veterinary services for livestock.

Local chicken farmers face the same challenge. Most of them try to work out how to treat sick birds by dissecting dead ones and comparing what they find with photos in veterinary literature. If they cannot identify the problem, they seek advice from the only consulting vet with the New Territories Chicken Breeders Association.

They rarely seek help from the government because that would automatically lead to their farms being shut down for quarantine inspection for 10 days.