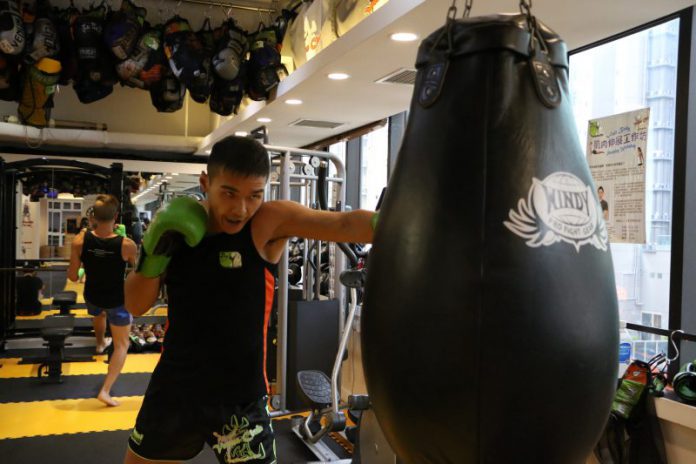 The interior of Gentlemen’s Tonic is based on neutral tones – there is a lot of ivory and dark brown. There is the faint whiff of cologne in the air and the sound of easy-listening tunes playing in the background. The image it projects is tasteful and “masculine”. Fittingly located in the heart of the financial district, the high-end, men-only grooming parlour has been offering spa and grooming packages in Hong Kong since mid-2011.

An individualised experience is one of the main selling points here and customers can get their hair cut by a barber or enjoy skincare and nail treatments in private rooms. This level of personal service in male grooming is relatively new in Hong Kong but it seems to be taking off.

The Hong Kong branch is the first foray into Asia for the London-based men’s spa and opened at a time when the focus on men’s bodies in both the media and marketing campaigns have altered perceptions about men’s bodies and appearance. Gentlemen’s Tonic director, Chris Bonnefoy says he has witnessed a shift in men’s attitudes to grooming and appearance.

“Men are becoming more interested in how they look, how they feel and [they] try to look younger as well,” he says.

Bonnefoy says his clients, who include bankers, lawyers and other well-to-do professionals are also getting younger. Apart from a barber’s shave and haircuts, they are willing to shell out a few hundred dollars for hand and foot treatments. And they are not afraid of being criticised as effeminate for doing so.

The explosion of businesses focused on grooming, fitness and beauty in recent years is not exclusively geared towards women. There are now more and more spas catering for men and it is unsurprising that men are beginning to feel the pressure to “look good” and attain ideal body shapes. Along with the images of slim, scantily clad women in advertisements for everything from high fashion to soft drinks, those of shirtless men flexing their muscles have also become commonplace. Men’s bodies are increasingly used as a marketing tool.

“Men go through identity crises. Many demands were on women before but men now feel the same pressure as well. Face was not a big concern in the past, but it’s more of a concern now,” says Bonnefoy.

Although print media may be declining overall for other sectors, there are currently six magazines specifically focused on men’s grooming and lifestyle published in Hong Kong. Attracting advertising is made easier by the growing number of grooming products and services for men. The popularity of K-pop culture, with its acceptance of male grooming and cosmetics could be a contributing factor.

Jacky Tam, the fashion editor of GQ China Magazine, believes social media is a driver of the growing market for men’s fashion and grooming.

“In the past, people might just require men to be clean and tidy. About five years ago, more people became aware of how men looked and some men started grooming. Apart from wearing [nice] clothes, they do more for themselves,” Tam says.

Today, Tam looks the part of the fashion editor, his style is clean-cut and he wears a sharply tailored suit. But he says he used to have a more quirky sense of style, and some of his peers judged him for that. Although society has become more accepting of men paying attention to fashion, grooming and appearance, Tam says Hong Kong is less open in this regard than say, Japan.

On the other hand, pursuing a sporty or muscular look might be considered a more traditional expression of masculinity that raises fewer eyebrows.

Jon Ian Lee, a professional fitness trainer who has participated in several global fitness competitions says here too social media is driving trends. “More people post their photos [of training] on Instagram and more people want to go for fitness. This became a trend,” says Lee who was himself inspired from a young age by fitness models on Instagram and men’s fitness magazines.

Teenagers are particularly sensitive to pressures to conform to “ideal” body types. As they scroll through Facebook and Instagram, more and more muscular male bodies show up. It is no surprise that fitness and training have become more popular among youngsters. However, such a focus on body image and media representations can lead to unrealistic expectations.

Daniel Cheung, a 20-year-old college student, began dieting and exercising to lose weight around two years ago and managed to lose more than 20 kg. He says appearance can have a big impact on a person’s social life.

“It’s to do with general social perception. When you see a really fat boy and a boy who is quite fit with some muscles, they will be treated differently. Your social life and job prospects will be affected as well,” he says.

Cheung says society has a standard for the male figure.

“The general requirement is to be slim, it would be even better with muscles,” he says adding that slimmer men are regarded as smarter and the fatter ones as more dull-witted.

Cheung agrees media has a big influence on public perceptions about male body image and appearance.

“You can see there has been more coverage about male bodies. For example, during the interviews for Mr Hong Kong, questions about appearance are more than those about inner beauty or personality. The values of society are shaped bit by bit because of this,” he says.

It is not just younger people who experience body image issues. Mang Li-yuet, a 38-year-old fashion store owner took up Thai boxing a few years ago to lose weight after suffering from knee pain when he weighed over 92 kg.

Mang tried all kinds of measures including taking weight loss medication, swimming, running, badminton and finally Thai boxing before dropping to 63 kg at his lightest.

Working in a fashion boutique, Mang says the change in his appearance has made a positive impact at work. “When your customers see your fit body shape, they will ask about the sports you play. You can sense their envy,”  Mang says.

Growing up, Mang was always overweight and has painful memories of bullying and body shaming. “When I was asked to take the exercise books from the first to the sixth floor by my teacher, I sweated all over [walking up those stairs]. When I passed through the staff room, teachers would tease about me about my body odour. Many jokes are made about your body shape when you’re small,” Mang adds.

Some may think society is too judgmental when it comes to body image but Mang has a different take.

“It’s harsh but it is actually correct. Like kids have to learn English, you have to learn all the 26 letters of the alphabet and the vocabularies; you have to sacrifice and work hard if you want to look healthy or muscular.”

While there are those in society who advocate the willing acceptance of a more diverse range of body types for men and women in recent years, men still have a hard time openly expressing their concerns. Low self-esteem and underlying anxiety about their masculinity are some of the underlying factors that can lead to negative body image issues in men. The fact that men’s bodies are being objectified more in the media does not help.

Although eating disorders are still more common in women and girls, the number of male sufferers has increased in recent years. In 2013, 11 per cent of the patients at the Hong Kong Eating Disorders Association were male.

Men may now be freer to make themselves “look good”, but how soon will it be before voices emerge advocating that they should be freed from the need to look good?

“Society’s standards for men are higher, compared to the old times,” Tam says. “Society generally accepts men being more fastidious now, but there are still those who do not accept,” Tam adds.

Whether they accept it or not, it seems that the body-image demands on men are likely to increase and perhaps develop and evolve in the future. 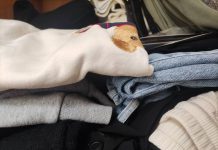