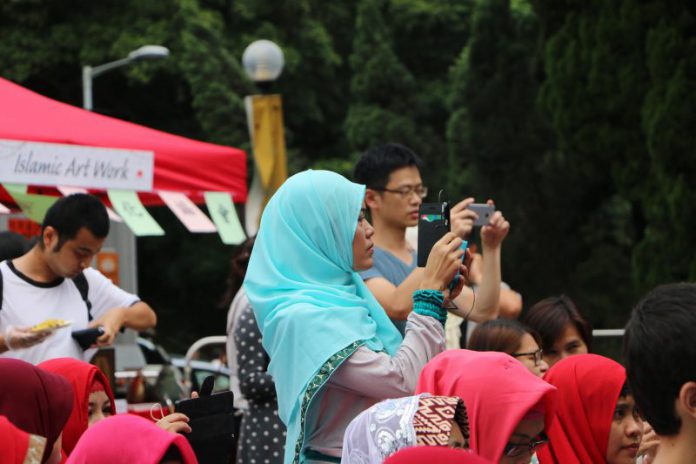 One day in August, Anne-Marie Butundu Ilunga, walked into an MTR carriage and sat down. Immediately, the Chinese woman sitting next to her pulled out a tissue to cover her nose. It was not the first time the 18-year-old, who is black, has faced discrimination. This time, she decided to do something about it. She whipped out her phone, recorded the incident and posted it on Facebook. The video went viral, was picked up by news outlets and gained thousands of views and shares.

Some people were sympathetic and apologised to her but others messaged her saying they did not believe racism existed in Hong Kong. Her experiences over the past five and more years of living in the city contradict this.

Butundu Ilunga moved to Hong Kong from the Democratic Republic of Congo in 2011, but she says she still feels like a stranger. “No matter how long I stay here [Hong Kong], I am not going to feel it is my home,” she says.

It was particularly tough when she started school. Butundu Ilunga attended Sir Ellis Kadoorie Secondary School (West Kowloon) – a school with a mix of children from Nepali, Pakistani, Filipino and local Chinese backgrounds, and a handful of black students.

She says her local Chinese classmates were narrow-minded and racist. “They would call you monkey,” she recalls. Butundu Ilunga says many people in Hong Kong have pre-conceived ideas about ethnic minorities – for instance, many students think of Africans as poor people who go around naked or wearing very little.

She believes such stereotypes exist because of a lack of interaction and understanding among classmates. “When somebody asks me even a stupid question like, ‘is it your first time to wear clothes in Hong Kong?’, now I will try to explain to them,” she says, noting the racial discrimination she experiences decreases the more she interacts with those around her.

The small acts of discrimination which Butundu Ilunga encounters, for instance when people move to another seat on the MTR and on buses, or call her names, are acts of microagression – a term describing commonplace daily verbal and behavioural insults to people of colour, regardless of intention.

Innocent Mutanga, a 25-year-old student studying anthropology in the Chinese University of Hong Kong (CUHK) has similar experiences.  He recalls an incident in which a woman on the MTR saw him with a young Chinese woman, the teaching assistant of his class, and accused him of using her for ulterior motives. “She was screaming that I was just with this girl because I wanted to get the Hong Kong ID,” explains Mutanga.

He says that on the bus, the seat next to him is always the last to be taken and he attributes this to a lack of knowledge about people of different races. Mutanga thinks mainland students are less likely to discriminate against him because they have had less access to negative portrayals of ethnic minorities on television and in advertisements.

In the three years he has been in Hong Kong, Mutanga has observed the negative influence of the media portrayals of ethnic minorities. He jokes that judging from the various advertisements posted in the streets and on the walls of buildings, a visiting alien would think the city is occupied by white people. For him, racial stereotypes are “delusions” and racism is a kind of mental affliction where the sufferers do not even realise they are carrying out acts of microaggression. .

Raees Begum Baig, an assistant professor in the Department of Social Work at CUHK, agrees that microaggression occurs because of the limited interaction between majorities and minorities. This lack of contact and interaction leads people to make generalisations about ethnic minorities based on their appearance and skin colour.

Baig believes parental education is an important channel for overcoming racial boundaries but that this is hard when some Chinese parents “do not want their children to mingle with ethnic minorities”.

Consequently, many local Chinese are unable to differentiate between the different groups of ethnic minorities living in Hong Kong today. They tend to blur the lines between migrants, refugees and ethnic minorities.

Deepen Nebhwani, a 19-year-old student of Indian ethnicity, was born and raised in Hong Kong. As a local, he has a different view of racial discrimination. “I’ve grown up seeing this [discrimination] around me,” he says. “I’ve been here long enough to be immune to all of this.”

After nine years of studying at a school where a majority of students were from ethnic minorities, Nebhwani transferred to the Diocesan Boy’s School (DBS) in 2012. He recalls the first year in DBS was tough. “I can single-handedly count the number of non- Chinese people in the school. At that time we had like 1,400 students; I think less than five were non- Chinese,” he says.

At first, his classmates were a bit apprehensive about interacting with him, but eventually Nebhwani managed to find a group of friends. He suggests it takes longer for minorities in Hong Kong to fit in because people often do not want to leave their comfort zones. “Even though we call ourselves an international city, there are people who are unwilling to branch [out] to people who are not [one] of them,” he says, adding “if you try to fit in, they will accept you.” 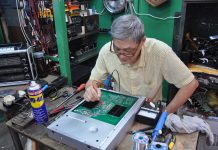 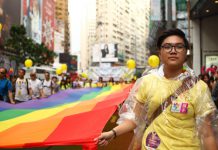