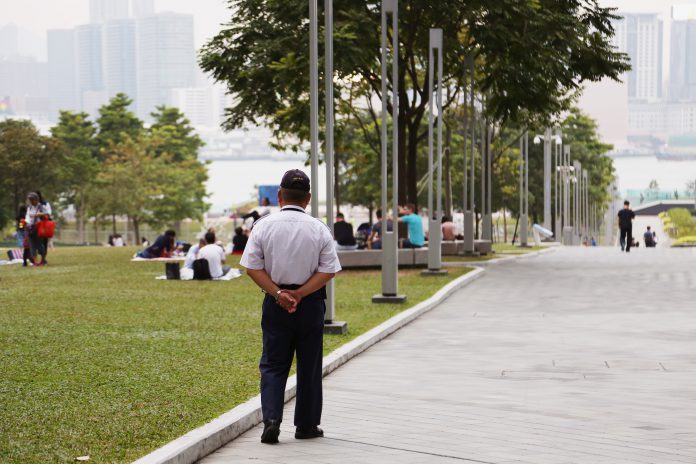 This year, Hong Kong sweated through the hottest day, the hottest September and the hottest October in more than 130 years. On the day before Typhoon Hato struck, Hongkongers endured temperatures of up to 38.1 degrees in urban areas. Now imagine being subject to even higher temperatures for more than 10 hours a day, day in, day out.

For chef Ng Chi-fai, being “trapped” inside a hot kitchen is an occupational hazard he has lived with for 35 years.

“I worked in a kitchen which was almost 50 degree Celsius before. I could barely wear any clothes. Once you enter the kitchen, you start to sweat, until the end of your work,” Ng says.  Apart from putting up with the heat and humidity in commercial kitchens, workers have to contend with bad air quality – cooking fumes produce emissions of carbon monoxide, particulate matter, total volatile organic compounds and polycyclic aromatic hydrocarbons. Chronic exposure to the heat and emissions can lead to health problems such as kidney dysfunction, high blood pressure and respiratory diseases.

Ng, who is head of the Hong Kong Chef Union, observes that conditions in commercial kitchens have barely improved over the years and employees’ health is often neglected, both by the employers and the government. He says food hygiene is always prioritised over employees’ health and safety .

“The Environmental Protection Department is only concerned about whether restaurants are emitting toxic gas into the street, ignoring the problems inside the kitchen,” he says.

The situation is made worse when employees are asked to work extra shifts. For workers in the catering industry, working long hours is almost a given but for chefs it can be even worse. They sometimes have to forego their one day off of the week, as it is common practice in the industry for employers “buy back” their holidays in peak seasons.

Ng says bosses assume their employees can endure working long hours and working extra days or shifts; it means they do not need to hire extra staff. Although the workers are either compensated in money or by another day off in the future, working long stretches without a break takes a toll.

Ng recalls he once worked for 13 to 14 hours per day for 15 consecutive days. He remembers being in a daze. “I used to cool off my hands by pouring cold water on them, but I unconsciously poured boiling water instead.”

While most office workers get one hour lunch breaks, cooks are lucky if they get half an hour to eat on a 10-hour shift. During peak times, they may even have to finish their lunch in 15 minutes so there are enough hands on deck to cater to keep up with the orders.

The working conditions wear employees down both physically and mentally. Ng says he has no time for a private life. He blames this for the breakdown of his marriage and strained relations with his family members.
He cites the case of a 19-year-old boy who committed suicide in Wong Tai Sin in January. It took the police a long time to contact his parents who did not have a clue about their son’s death. It turned out that both parents worked in the catering industry, and the father is a cook.

Under this arrangement, employers would clearly list the working hours and overtime compensation in the labour contracts with their workers. What is more, this would only apply to lower-income workers making less than HK$11,000 a month.

Like many unionists, Ng is critical of the plan. “The contract I have now also states a 10-hour working time, it is already a contractual working hours contract then,” he says, adding that he still has to work overtime every day.

The proposal has come under fire for being easily manipulated. For instance, employers could slightly adjust the salary of an employee to more than HK$11,000 or list longer working hours in a contract to avoid paying for overtime.

Ng believes it will be hard to make progress unless workers can win back collective bargaining rights so that they can negotiate for better conditions and push for better legislative protection.

As things stand, employers call the shots and workers can find themselves in hot water if they push for better pay and conditions. Ng himself was dismissed from his job in March. While his employer said this was due to his “poor attitude”, Ng says it was because of his labour activism.

However, artist and labour rights campaigner Luke Ching Chin-wai thinks it is hard to unite workers to fight for their rights in the service industry. Ching thinks workers do not dare to speak up because they cannot afford to lose their jobs. Having come across numerous instances of unfair working conditions over recent years, Ching decided to help workers to fight for better conditions.

For instance, after staff of the convenience store chain Circle K complained about being required to wear caps, Ching successfully lobbied the company to change its rules. As a result of his efforts, staff in Circle K were subsequently allowed to decide whether to wear the caps while on duty.

Back in 2007, he wrote a series of commentaries arguing for seats for the security guards in the Hong Kong Art Museum and at the Legislative Council. Last year, he spearheaded a successful campaign to fight for seats for cashier staff of the Wellcome supermarket chain. The campaign succeeded in getting the company to gradually provide chairs throughout its 281 stores in Hong Kong.

“We are not using any special tactics; it is just so ridiculous that you can’t get a chair when your working area is actually fixed while the guideline [of providing chairs to standing cashier staff] has already been listed on the brochures from the Labour Department,” says Ching.

He says successful campaigns have a knock-on effect. For instance, rival supermarket chain ParkNshop and the Watsons pharmacy chain also started providing chairs for their cashier staff soon after Wellcome did so.

Many might overlook the health impact of standing for long periods of time but it can lead to long-term conditions. The most common ones are lower limb diseases like varicose veins and plantar fasciitis, a common cause of heel pain.

Hong Kong has transformed from a manufacturing-oriented economy into a service-oriented city one in recent decades but its legislation has not kept pace with that change. There are many recognised occupational diseases related to industry, manufacturing and construction but in the service industry, where there are many common conditions that afflict workers, only bursitis (inflammation of tissues around the joints) and subcutaneous cellulitis, a skin infection, are listed as occupational diseases under the Compensation Ordinance Schedule 2. Varicose veins, which are very common among cashiers, salespeople and wait staff, are not listed.

Under the Employees Compensation Ordinance, a worker has to first provide medical proof to their employers that they suffer from an occupational disease due to their work in order to get compensation. From 2010 to 2015, the total number of confirmed occupational diseases in Hong Kong did not exceed 500 cases a year, with only 256 cases in 2015. Nevertheless, of these 256 reported cases, none of them covered lower limb disease, and most of them were related to the construction industry.

According to the Labour Department, one of the factors affecting whether a condition is listed as an occupational disease under the Compensation Ordinance, is that there should be medical proof that it has a direct correlation with certain industries. As lower limb diseases can be caused by many factors, they do not meet the criteria to be listed as occupational diseases.

“It is common for service industry staff to stand 10 to 12 hours with only a half hour break. With such long working hours, it is hard for them to practise a healthy lifestyle like taking normal exercise or rest off work,” says activist Ching who thinks the terms of the ordinance is unfair to workers.

Lawmaker Fernando Cheung Chiu-hung, says there are a lot of loopholes in the existing ordinance. For example, it is difficult to prove the cause of injury is due to a particular form of employment and it takes a long time for the workers to chase after their employers for compensation.

“The employees always end up, after years of proving the injuries caused by the employer, having to spend an even longer time and make [greater] efforts to chase after the employer for compensation,” he says.

Cheung’s party, the Labour Party, has proposed the establishment of a Central Compensation Fund, from which employees would be paid once the injury occurs, no matter whether it was caused by the existing or former employer. The government would then investigate and pursue the respective employers afterwards.

However, the government has rejected the proposal, saying the budget for such a fund and its potential effectiveness are still unclear. It also says the existing mechanism is running well. With a more worker-friendly occupational health and compensation system still out of reach and no sign of mandatory standard working hours across the board, Hong Kong’s workers are still in a weak position to bargain for better working conditions.

Fernando Cheung is not hopeful of legislative change in the short-term. He says the Hong Kong Government does not like to legislate. It wants to retain the discretion, flexibility and power to interpret the existing laws and avoid confrontation with the business sector, he adds.

“Legislating these practices means the decentralisation of power. And our government doesn’t like it.” 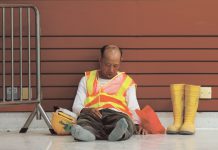 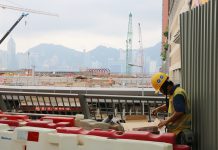 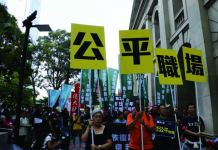