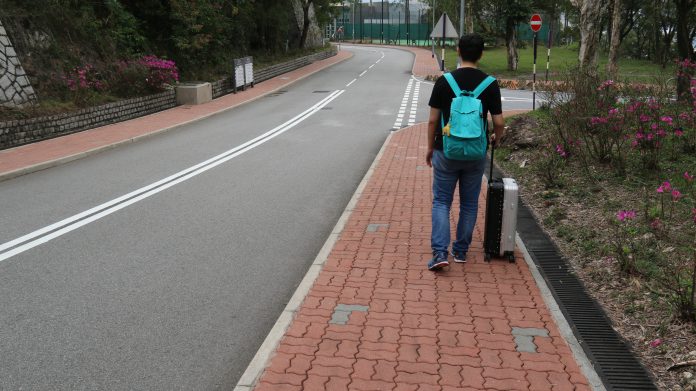 “Has any of your kids been to UC Berkley for exchange before? Which hostel is a cheaper option? Thanks!”

“From what I have heard, most students, including term exchange students, rent an apartment there.”

These dialogues are spotted in a QQ (a popular instant messaging software in Mainland China) chat group formed by mainland parents whose children study at the Chinese University of Hong Kong (CUHK). They are seeking advice from other parents on their children’s exchange programme.

When mainland students leave their hometowns to study in Hong Kong, a city different from any other cities in the Mainland, their parents across the border are anxious to learn how their children are coping in Hong Kong. Numerous WeChat and QQ chat groups with some up to hundreds of members are formed by mainland parents to stay in touch with other parents and talk about their children’s school life in Hong Kong.

These chat groups allow parents to keep their fingers on the pulse of what is going on in Hong Kong, information about the latest programmes, exchange and internship opportunities. These parents then share such information with their children. They also seek comfort from each other in the chat group, as they all have to bear separation from their children who lived under their care for nearly 20 years. Most of their children were born under the mainland’s one-child policy.

Parents also make use of these chat groups to “check on” their children. For example, some parents post group pictures of students took in orientation camps. When other parents recognise their own children in these pictures, they will start talking about their children who joined the same event in the chat group.

A Hong Kong University of Science and Technology student, who reveals his name as Jack, complains these parents’ chat groups go beyond their original purposes of sharing school information. “These chat groups can exist but the content should not be like these. Parents can contact one another, but they should just share how their children are doing, or chat with others when they feel lonely,” says Jack.

Zhu Xin, established a CUHK parent chat group (香港中文大學內地家長群) on WeChat with another parent in 2013. Its original intention was sharing experiences of getting a student visa since the application procedure was complicated. Little did she expect the group would grow to more than 700 people in just six years. She is now frustrated about having too many people in the chat group, as it is difficult to manage.

However, she still thinks the chat group is beneficial for parents in the sense that they can learn what their children are doing. “To be frank, this group is for us, parents, to console one another, not to supervise the children…And you should think about how unaccustomed your parents are to your absence, considering that you [the children] have been with us for around 20 years,” says Zhu.

Ma Renjie is another administrator of the CUHK parent chat group. He says joining the group is a channel for him to express his care for his daughter by learning the updates about her school. But he does not interfere his daughter’s school life directly.

“Parents just want to know what is going on in their children’s school life. My child can deal with all these things by herself…I don’t want to bother my daughter too often,” says Ma.

His daughter Ma Yunxue, a Year One CUHK student, is aware of her father’s leading role in the chat group. She says the group can help reassure her parents that she is doing fine in school, because it is impossible for her to keep in touch with them every day.

“It is necessary for the group to exist…When the parents are anxious about something, they can talk and comfort each other. Even though it might not help solve the problems, they can learn what happens, and they will be less anxious,” says Ma.

Dr. Eva Lau Yi-hung, Associate Professor and Associate Head of the Department of Early Childhood Education of the Education University of Hong Kong, says family support continues to be a significant factor that impacts on university students’ self-esteem, wellbeing and adjustment to their university life during the first year of their study.

“Support is good, but too much parental involvement might have a negative impact on their independence,” says Lau.

As a mother of two, Lau reveals she does not engage in her children’s school life directly. Though she joins a WhatsApp group of her elder daughter’s primary school from which she can get useful information such as school system and curriculum, she encourages her daughter to try sorting out everything relating to her studies herself.

Lau points out family support is important for university students. She believes the right way for parents to support their children is to have empathy for their children and communicate with them, rather than to completely take over and directly engage in their lives. And children need to learn to be independent and update their parents about their school life on a regular basis.

“By sharing more information and telling them [the parents] that I’m independent enough, parents will eventually learn to let go,” says Lau.