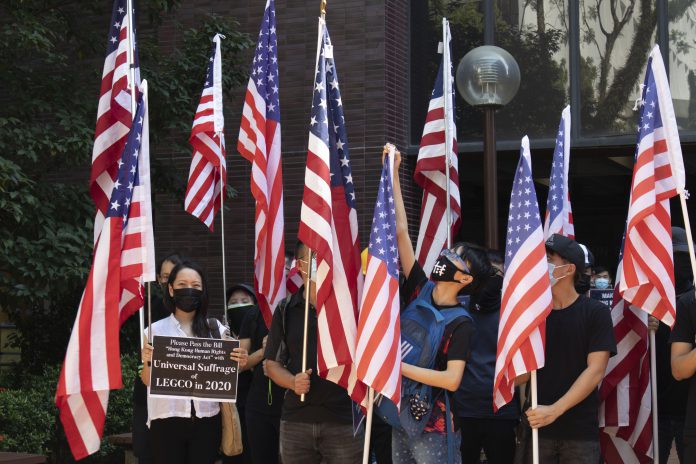 During the anti-extradition law amendment bill (anti-ELAB) movement, activists and celebrities attend seminars and conferences in different parts of the world to speak for Hong Kong protesters, while ordinary citizens join hands in their own ways to inform people outside Hong Kong about what is happening in the city.

#Anti-elab, #FreeHongKong and #HongKongPolice are some of the many hashtags Hong Kong netizens use on Twitter, Reddit and Facebook to draw global attention to the movement. They also crowdfund advertisements in overseas newspapers and launch a petition to the White House calling on the U.S. Congress to review the existing extradition agreement with Hong Kong. Gradually, the antiELAB movement has evolved from local protests demanding withdrawal of the bill to a global movement to ‘liberate Hong Kong’.

Taiwanese artist JieJie is one of those who join the global campaign in support of the movement. He is a co-founder of a popular Facebook page JieJie and UncleCat, which publishes illustrations and has more than 500,000 followers. During the anti-ELAB movement, JieJie has created illustrations on his page with captions explaining the chain of events in Hong Kong, including conflicts between protesters and the police.

His illustrations feature the July 21 incident in which a group of suspected gangsters attacked ordinary citizens at Yuen Long train station and the protest on October 1 during which a policeman shot a young protester with live ammunition have been widely circulated with more than 15,000 and 17,000 shares on Facebook respectively. Through his comic style illustration, JieJie wants to depict brutality and violence reported in news which he finds outrageous in a less stressful manner for his audience who cannot stand looking at bloody pictures and videos.

Although the antiELAB movement mainly takes place in Hong Kong, JieJie thinks it is closely related to Taiwan not only because of the close geographical distance, but also the purpose and meaning of the movement – to resist the system of the Chinese Communist party and fight for democracy.

Responding to his followers’ requests, JieJie translates captions attached with his drawings into English and Japanese with the help of his friends in order to reach out to a wider audience. “I hope my drawings can encourage Hong Kong people and tell people around the world about the seriousness and absurdness of some incidents in Hong Kong,” JieJie says.

JieJie is not alone in this journey. Adeline Bong shares his mission of informing her fellow countrymen in Malaysia about what is happening in Hong Kong and reasons behind the protests.

Bong, a Malaysian student who is currently studying at the Chinese University of Hong Kong keeps posting about the movement on her Instagram every day and hopes that her Malaysian friends can understand what is happening before judging or accusing the protesters. Bong says many Malaysians, including her parents, stand against the protesters after reading news stories by Malaysian media outlets.

She has been following news about the movement closely since June by reading posts shared by her Hong Kong friends on Facebook and Instagram. She also participated in several major protests herself.

Bong says that Malaysians, including her friends and family, do not understand the anti-ELAB movement in Hong Kong due to the failure of their local media in reporting how the movement comes into being. “When they report, they do not explain the ins and outs of the whole issue.  They only say the airport was congested with 5,000 protesters or conflicts between the police and civilians… because it’s not local news,” she says.

Witnessing numerous protests in Hong Kong with her own eyes, Bong can tell that civil awareness in her home country is low, as people rarely speak up or take to the street regarding social issues. ‘I hope the core values of Hong Kong, like democracy and freedom can be granted completely by the end of the movement,’ she says. ‘If Hong Kong wins the battle, it will be a good role model for us (Malaysians).’

The anti-ELAB movement does not only concern people living in Hong Kong or its neighbouring countries, but also many ethnic Chinese living around the world. In London, Toronto, Vancouver and other major cities where Mainland Chinese and Hong Kong immigrants inhabit, assemblies and prayer meetings took place in support of the demonstrations in Hong Kong.

Elliott Cheung is a second-generation immigrant in Vancouver. He had lived in Hong Kong, his place of origin, for five years when he was a child. Currently studying in Taiwan, Cheung has kept his fingers on the pulse of the Anti-ELAB movement since its outbreak. While embracing both parts of his Hong Kong-Canadian identity, Cheung says the movement has galvanized his Hongkonger identity and he feels the urge to defend and stand up for that part of him.

From where he lives and studies, Cheung has seen how Chinese societies in different parts of the world are affected by the situation in Hong Kong. “Divisions in overseas Chinese community in Vancouver, particularly between Mainlanders and Hongkongers, have erupted to the surface,” he says.  Cheung also acknowledges that his local-born Canadian friends consider the movement as a Chinese problem and is not closely related to them.

Despite different reactions from his multinational friends, Cheung believes that it is essential for the AntiELAB movement to reach out for more global support and attention. He often discusses the issue with his friends and shares news about the movement on social media platforms in an attempt to inform people around him. In response to the shouts from Hong Kong protesters, Cheung attended the Global Anti-Totalitarianism in Taipei on September 29 as well as a student event at his university on October 1.

Cheung thinks there is a unique role for those who are staying overseas or have emigrated and still care about Hong Kong like himself, to actively help people they know to understand the situation in Hong Kong. “I think it is very important for me and for others to continue showing up and speaking out at these events (overseas marches) — for anyone who knows what is happening and feels the injustice of the situation, not to be cowed into silence and inaction,” says Cheung.

— for anyone who knows what is happening and feels the injustice of the situation, not to be cowed into silence and inaction

Kwong Kin-ming, author of Governing Hong Kong: The governance History of Hong Kong in British Colonial Era, acknowledges the intention of arousing global awareness towards the AntiELAB movement through different means, with regard to Hong Kong’s special status in the international stage. “Hong Kong could be the breeding bed for another global economic crisis, since it is an important financial hub in the world,” says Kwong, explaining the reason why the international community should care about Hong Kong’s current situation. He adds that as the city has accommodated multinational businesses, foreign governments would also be concerned with the safety of their people working in Hong Kong, which has already led to discussion in the U.S. Congress.

Kwong believes the Hong Kong- China relation has a fundamental implication on China’s diplomacy with other countries, since Hong Kong’s constitutional principle “One country, Two systems” is promised in the Sino-British Joint Declaration, an international treaty signed by the United Kingdom and China. The current situation in Hong Kong can show whether the Chinese government has kept its promise to honour the international treaty and serve as a reference to show how China handles international treaties and partnership with the rest of the world. 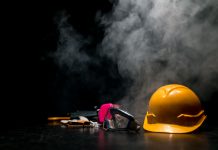 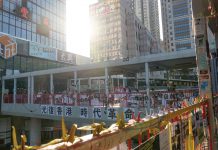 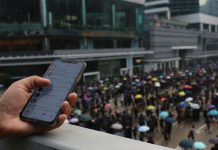