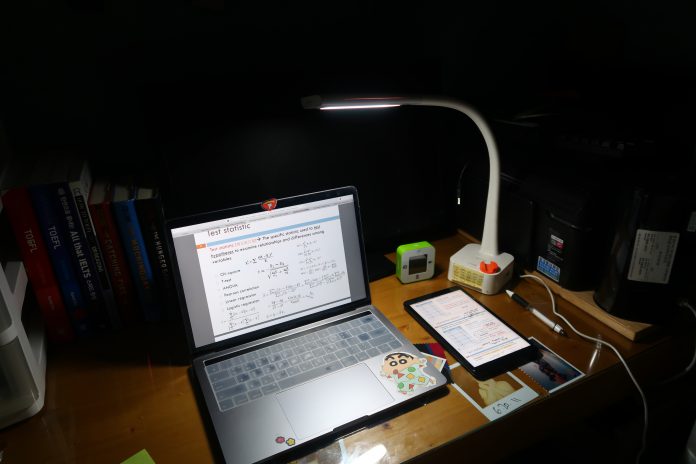 By Eve Lee in Seoul & Linn Wu in Taipei

Shin Jeongyeon, a 20-year-old South Korean student, who studies Operations Management at the Hong Kong University of Science and Technology (HKUST), has put off her study in 2019/2020 Term 2 due to the COVID-19 outbreak. She now is in Korea with her parents.

“My parents suggested a suspension, considering the severity of the coronavirus outbreak,” Shin says.

Coronavirus Disease 2019, or COVID-19 is a respiratory illness caused by a virus first identified in Hubei, China, late last year. It is now confirmed as a pandemic by the World Health Organization (WHO) due to its rapid widespread nature.

The number of confirmed COVID-19 cases in Hong Kong is 915 as of April 7. The Hong Kong government has announced the closure of all kindergartens, primary, and secondary schools until further notice.

This is the second time Hong Kong universities have announced a suspension in the school year of 2019/2020. The universities suspended physical classes in mid-November 2019, due to violent clashes between protesters and police officers on campuses during the anti-extradition bill movement.

Zoom is now widely used by not just universities but also by secondary schools, primary schools, and even kindergartens as a means of education amid the COVID-19 outbreak. Based on the experience of e-learning, Shin notes online teaching is not as effective as physical class meetings. She also adds virtual classes miss out on “the connections and the unique campus memories” of physical classes.

Shin is not the only student feeling unhappy with the online teaching arrangement.

On January 30, HKUST announced final examinations of the first term would be conducted online from February 17 to 22. Jeon Sanghyun, 25, a South Korean student studying the Master of Philosophy programme in Electronic and Computer Engineering at HKUST, took his online examination on February 18.

Jeon has concern over fairness in assessment.  “I heard students actively exchanged messages (with instant messaging tools) during online examinations,” he notes.

In a bid to combat cheating, Marco Ho, lecturer of the Department of Information Engineering at the Chinese University of Hong Kong (CUHK), prepared multiple sets of questions for two of his courses in the first term of 2019/2020 school year.

“The questions had different numerical values and configurations so that the difficulty level was more or less the same, and the differences (of each set) were very minor to be detected,” Ho shares. “Time allowed for the online exam was barely sufficient (even) if the students well understood the course material and were well prepared,” he continues.

“That means if the students try to collaborate and work on the exam together, they will not have enough time to spot all differences in questions,” he says.

Ho suggests that measures could be implemented for future online examinations. “For example, examinations could be held in a centralised manner at a fixed time, similar to conventional exams. Stricter regulations (like making multiple question sets) can also be enforced so that students are further discouraged to attempt cheating,” Ho says.

Apart from technical concerns regarding the operation of online teaching, another major issue lies in tuition fees.

Anne, a Taiwanese who refuses to disclose her real name, is a Year 1 Biomedical Sciences student at CUHK. She believes fee adjustment or relevant explanation is necessary.

“A reasonable amount of refunds has to be considered. We need an explanation if the school decides not to give a refund,” says Anne. “My practical classes are heavily affected. Lab courses are all cancelled. Sometimes, my professor presents with a skeleton model, but I can hardly see it through the camera.”

Her first year of university has been rough. The university cancelled most of the classes about three weeks earlier than the schedule, in the first term. They emptied the campus and advised staff and students not to return until the campus environment was confirmed safe and restored. The school now replaces face-to-face classes with virtual ones due to the current pandemic.

“I know it’s not the school’s fault for what happened in the first term, but I lost those remaining classes. We do not only care about grades but also the learning outcomes. The present class suspension and what happened in the last term make it (studying in Hong Kong) a bit meaningless to me,” Anne explains.

According to a survey conducted by the Student Union of CUHK in February, 98 per cent out of 5,685 undergraduates said that at least a part of the second term tuition fees should be refunded. Nearly 95 per cent responded they deserved a full or partial refund for the first term tuition fees. HKUST Students’ Union has also submitted a petition for a 60 per cent refund.

Registration and Examinations Section of CUHK makes no remarks on fee refunds but postpones the due date for tuition fees to April 30. Johnny Tam, the Public Relations and Media Manager of HKUST, says tuition fees will stay the same as classes are conducted by the same professors.

Save Time, Save Money

There are, on the other hand, students who prefer online teaching. Yvonne Leung is a local student of CUHK who lives in Siu Sai Wan. She used to spend about three hours per day to commute to school by bus and MTR. Despite occasional unstable internet connection, she appreciates the advantage of taking online classes – saving money on travels. “I think online teaching is good because it saves a lot of transport time and costs. I used to spend around HK$ 30 a day, which is HK$ 600 a month,” she says.

Another CUHK student Marcus, who declines to reveal his full name, shares Leung’s view. Marcus lives in Kwun Tong and his journey to CUHK takes him about 40 minutes to an hour. “I used to get up more than an hour before my classes. But with online classes, I can just get up and turn on my laptop,” he says. “I think I am more proactive (in online classes), because it’s not (a) face-to-face (interaction). I feel less shy in class discussions.”

“I am still learning how to use the platform to overcome challenges that limit interactions with students,” says Professor Fan Tingting, assistant professor in the Department of Marketing at CUHK Business School. Fan advises students to be more proactive and make more initiatives to interact with their professors.

“Students have to accept that we do not have any choice for now,” Fan says. “Don’t hide behind your computer. Ask your professors questions,” she encourages.

Ho, lecturer of the Department of Information Engineering at CUHK, also believes communication between teachers and students is crucial, especially for online classes.

“The students should be aware that they are not only given a set of online notes and online videos for learning, but also individual assistance and extra learning resources in the same way as in the conventional classroom teaching,” Ho says.

As of April 7, 2020, 1,347,235 of the world population is confirmed with COVID-19 and reported 46,150 deaths according to WHO. Countries across the world went into nationwide lockdown, including school closures, to slow down the spread of the outbreak. WHO advises “all countries to continue efforts that have been effective in limiting the number of cases and slowing the spread of the virus.”

The United Nations Educational Scientific and Cultural Organisation (UNESCO) says the COVID-19 outbreak has deprived education of nearly 300 million students worldwide. Audrey Azoulay, Director-General of UNESCO notes “ (if) the global scale and speed of the current educational disruption is unparalleled and, if prolonged, (it) could threaten the right to education.” 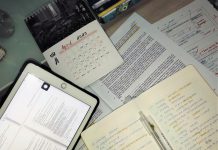 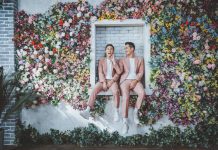 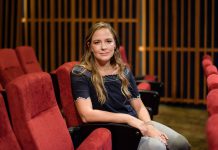