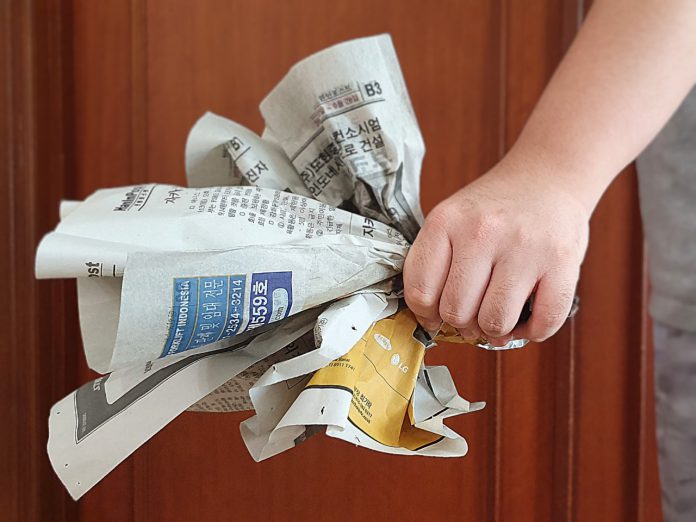 Journalists working in Indonesia are struggling with the declining press freedom.

Kate Walton, a 32-year-old Australian journalist has been banned from entering Indonesia for taking photos of a street protest in Jakarta in June 2019.

The protest was held to rally against a corruption law, which undermines a government agency to fight corruption.

“As a writer, I loved researching Jakarta and Indonesian culture. Just to get banned so suddenly, it is quite confusing…not only for me but other foreign journalists,” Walton says. She was forced to go back to Australia in 2019 after living in Indonesia for eight year, but she is still writing news stories about Indonesia and Australia.

Walton was not the only one who has been banned by the Indonesian government. Statistics of blacklisted journalists are not open to the public but there are reported cases of foreign journalists being blacklisted, deported, and jailed.

Journalists and academics must have a valid visa when conducting research in Indonesia. Many have been imprisoned because they do not have the correct type of visa. For instance, two British journalists, Rebecca Prosser, and Neil Bonner, who worked for National Geographic were imprisoned for three months after being arrested on Batam Island in May 2015 for filming a documentary without a press visa.

According to Reporters Without Borders, a non-governmental organisation supporting journalists around the world, Indonesia ranks 119 out of 180 countries in the 2020 World Press Freedom Index. Critiques state that the Indonesian press freedom is still in the developing stage.

President Joko Widodo, popularly known as Jokowi, failed to keep his campaign pledge about safeguarding press freedom in his first term of office. The Journalist Association of Indonesia held a rally to voice their discontent about government’s curb of press freedom and interference of editorial independence after his re-election in May 2019.

Foreign journalists and local fixers in Indonesia are liable to be arrested and prosecuted, according to Reporters Sans Frontiers. Indonesian journalists also say the police and the government are hostile to them, and some journalists have been arrested.

Yoon, a Korean journalist who has worked and lived in Indonesia since 1997, also feels worried that she might be sent back home one day like Walton. “Our visas are issued to us by the Indonesian government. We always have to show them what news stories we are writing lately,” she says.

According to Yoon, after the re-election of President Joko Widodo, stricter guidelines for journalist visa application were introduced in 2019. Applicants are required to submit approval letter from a news agency, detailed disclosure of a company profile and profiles of staff members who will visit the country.

Yoon, who writes news for Koreans living in Indonesia adds that censorship has been reinforced since last year. “They used to erase some of our articles uploaded to our website. When we first came to Indonesia, we had to allow Indonesian government to have access to our news website,” she says.

“Now they tell us a certain wording or a sentence is not appropriate by sending us emails. They ask us to avoid writing news stories which are controversial or they ask us to change some wordings in stories,” she adds.

“They ask us to avoid writing news stories which are controversial or they ask us to change some wordings in stories.”

“The biggest challenge to work as a journalist is to stay safe. Our job is to go out and speak to our sources. But if we take any step that the government does not like or go against the law, then we cannot carry on our job anymore,” Yoon added.

Having covered news stories in Indonesia for more than 20 years, Paik Joo Yoon, editor-in-chief of the Korean Community News is upset by the declining press freedom in Indonesia.

“We feel very sorry that we cannot produce proper news for the Korean community. We sometimes get feedback from our readers saying that our news looks too ‘filtered’,” Paik says.

“We are cautious every time we deal with a news story. If a story causes trouble, our visas may be revoked, and we might be deported right away. Then we will not be able to work in Indonesia anymore,” Paik says.

While deportation is the worst consequence for foreign journalists, local journalists might have a higher price to pay for press freedom. A 38-year-old Indonesian National Television reporter, Jason* says the government regulations are quite vague and that makes it difficult for journalists to do reporting.

In a bid to protect the journalists, he says his news agency censors news stories to avoid government interference. He adds that many journalists are scared by the government’s curb on press freedom.

“Not just because I will lose my job, it really does threaten my life. I might have to spend the rest of my life in jail,” he says.

“Not just because I will lose my job, it really does threaten my life. I might have to spend the rest of my life in jail.”

Jason thinks that there should be a turning point for journalism in Indonesia, so that the truth can be reported. He also hopes that journalists can enjoy press freedom and stay safe.