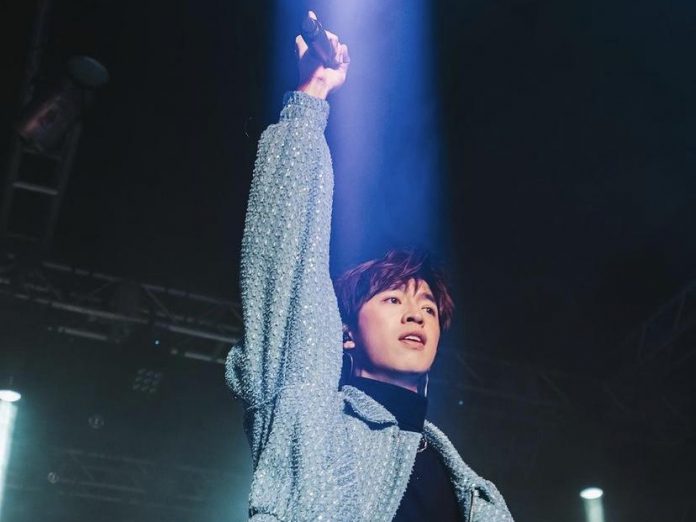 YouTuber and singer Boris Wong Tsun-ming shares how he is getting back on track and is bouncing back even stronger after overcoming his anxiety.

YouTuber and singer Boris Wong Tsun-ming has recently celebrated the success of his latest work in which he collaborated with singer Alfred Hui Ting-hang as a director for a music video after suffering from anxiety for nearly two years.

“I have received a lot of positive feedback and won recognition from viewers for my work. It is a huge confidence booster for me. I feel so honoured to work with the songwriter Albert Leung, Alfred Hui Ting-hang, and the crew. They taught me to explore different possibilities about myself,” the 22-year-old YouTuber says.

“As a YouTuber, I used to feel insecure and fear that I might be left behind when I was not posting new content as quickly as others. The success of the music video project has taught me that it takes time to create quality work. I just need to work at my own pace,” Wong says.

“The success of the music video project has taught me that it takes time to create quality work. I just need to work at my own pace.”

Wong was a different man two years ago when he suffered from anxiety.

He started suffering from stage fright and lost his confidence after being heavily criticised for his performance in a talent contest King Maker II, hosted in September 2019 by a Hong Kong TV station, ViuTV.

“I joined the show because I joked to my friend that I would be participating in it then we ended up joining together,” Wong says.

After the talent contest was aired, many people left harsh comments online and criticised his performance.

The viewers left messages saying his singing was so poor that he should not sing in public and criticised him for his lack of preparation for the contest.

“I felt so ashamed about my performance because I did not prepare well. I felt guilty and embarrassed. I dare not sing Karaoke in front of my friends after reading all those comments. I just stayed at home and did not want to meet anyone. I felt like there was a voice scolding me saying I was a loser,” he recalls.

Wong even had suicidal thought around the end of 2019.

“The thought was so intense that it got to a point where I felt that my whole being was wrong and I wanted to end my life,” he says.

“The thought was so intense that it got to a point where I felt that my whole being was wrong and I wanted to end my life.”

When Wong was trying hard to stay strong to sail through the difficult time, his brother, who shared the same bedroom with him, was diagnosed with depression and anxiety in late 2020 and was hospitalised a few times.

“I could not communicate with my brother and I did not know how to help him. His condition made me feel bad. I had to move to my friend’s home to find peace,” Wong recalls.

“At that time, I barely had any motivation to do anything. I had insomnia and no appetite. I had panic attacks. I sat under a shower to soak myself in water to calm myself down. It happened almost every day in the first few months of early 2021. It was the hardest time in my life. I tried to carry everything on my shoulder, but I could not help my brother. I had no confidence in doing anything. I felt worried about my future,” he says.

In late October 2021, life took a turn for Wong when he received an invitation to perform in a music event.

“I felt like it was about time to overcome the fear that had haunted me for so long,” Wong says.

He started taking vocal classes and busking in a pedestrian zone in Mong Kok in November 2021 to get ready for his comeback performance.

“I took busking as a good practice for the event. I also sang songs that I performed in the talent contest in 2019 during busking to drive away my fear. The crowd loved my performance. It was great singing together with my audience and I began to enjoy performing again. It was a breakthrough that brought me to a new start after two years of tough time,” Wong says.

Wong looks up to Deku, an anime character from My Hero Academia.

“Deku wants to be a hero but he does not have any superpower. When everyone thinks that he cannot do it, he still has faith in himself that he will become a hero one day. I admire his attitude,” he says.

Finding strength in Deku’s spirit, Wong feels encouraged to carry on pursuing his dream in stardom.

“Don’t be bounded by your own mind or the environment. You never know what opportunities will come to you. Stay true to your dream and learn from mistakes and be sincere to people around you,” he says.

“Don’t be bounded by your own mind or the environment. You never know what opportunities will come to you.”