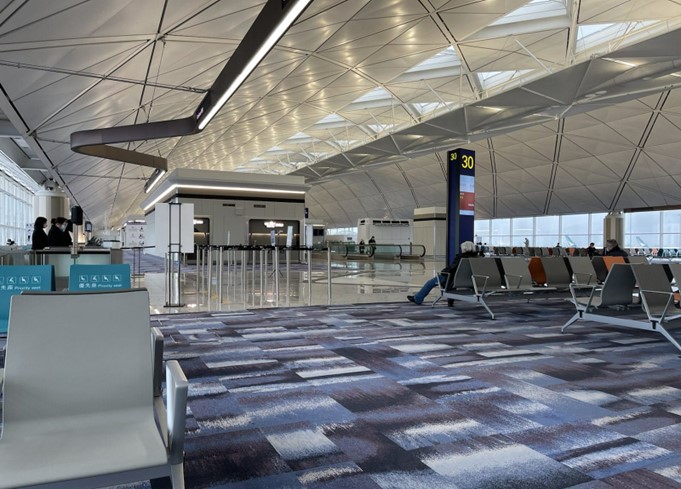 International students have left Hong Kong before the school term ends because of the Omicron outbreak.

Marcus Singh*’s study plan in Hong Kong has been greatly disrupted by the Omicron outbreak. The Indian student from the University of Hong Kong (HKU), had to leave the city before the school term ends.

“I am planning to fly back to Hong Kong during June. I really hope the situation will get better and there will be physical classes next semester. I have been studying at HKU for two years, but I have yet to attend any in-person classes,” the 19-year-old student says.

“I miss the campus life and the campus environment. In-person lessons are a lot better than online ones because there are a lot of technical difficulties,” Singh adds.

The engineering major student spent HK$15,500 for 21 days of quarantine at a hotel and HK$1,200 for another seven-day self-monitoring period as required by HKU, from December 2021 till January 2022. He left for India in February 2022 due to the Omicron outbreak.

Singh says it is a heavy burden for international students to cover expenses related to anti-epidemic measures such as hotels and tests.

Like Singh, Linn Wu, a Year Four Taiwanese student at the Chinese University of Hong Kong (CUHK), also left Hong Kong in a rush due to uncertainties arising from the Omicron outbreak and CUHK’s quarantine policy.

“I wanted to stay initially because it is my last semester here. Even though all classes have been switched to online mode, I wanted to enjoy campus life,” Wu says.

“I wanted to stay initially because it is my last semester here. Even though all classes have been switched to online mode, I wanted to enjoy campus life.”

“What frustrates me is that students who are still staying are mostly international students who do not have a choice. They have nowhere else to go and have to accept the university’s arrangements. Yet, the university is extremely unclear about their policies,” she adds.

On February 8, 2022, CUHK announced that all residents, including international students, had to vacate their hostels the following weekend unless they had a compelling reason to stay. Students who wished to stay would have to fill out a form specifying their reasons.

Other universities, such as HKU, Hong Kong Baptist University (HKBU), also encouraged hostel residents to leave in the same week.

Wu was granted permission to stay on campus. But she was asked to move to another floor where a confirmed case was reported.

“The request did not make sense. The hostel wanted to reduce crowd density, yet they asked more people to live together on the same floor. That’s when I started to feel unsafe,” Wu says.

“I quarantined seven days at a hotel and seven days at home. I could go outside for necessities in the third week. After that, I was free and allowed to leave my house,” Wu says.

Eve Lee, a CUHK Year Four journalism student from South Korea also wanted to stay in Hong Kong, but she left the city after going through some ordeals on campus.

On February 19, Lee’s roommate tested positive for COVID-19. Lee was required to undergo an isolation at a separate building at CUHK, but she was not informed about how long she had to stay in isolation.

“There were no specific guidelines for close contacts. I could not have a lot of my belongings as I was required to pack in a hurry,” Lee says.

“I contacted my college and was directed to the University Health Service (UHS), then to emergency services, who directed me back to my college. I even contacted the School of Journalism and Communications for help. Nobody could give me a clear answer. The lack of communication made it really difficult for me,” she adds.

Apart from poor communication, living conditions in the isolation facilities were far from ideal.

“It was cold and raining. Yet, I did not have my pillow and they only gave me a blanket later on. On the first day, the college gave me a bag of cup noodles, but it was hard to live with only that. I had to ask my friends to deliver food for me,” Lee says.

“The quarantine experience was really bad. I do not want to come back to Hong Kong for at least a few years because of this,” she adds.

“The quarantine experience was really bad. I do not want to come back to Hong Kong for at least a few years because of this.”

Lee completed her isolation on February 23. She then left for South Korea on March 13.

“Luckily, it was easy for me to book flight tickets, and the Korean government recognizes rapid antigen testing (RAT) results, so the process of leaving was quite smooth. Compared with Hong Kong, quarantine policies in Korea are not that strict. During home quarantine, I could go out two hours a day to buy necessities and food,” she says.

Soumyadeep Das, former president of the International Student Association of CUHK (ISA-CUHK) says many students have reached out to them for help.

“The university did not make any direct statements indicating what would be done for international students.” Das says.

The student group made social media posts about hostel policies of different colleges, and advised students what to do if the university denied their request to stay on campus.

Das points out that the university made the announcements in very short notice.

“Not everyone is able to leave due to different personal issues. It is stressful for international students to navigate a foreign place in the midst of the Omicron outbreak,” Das says.

Varsity has reached out to the Office of Student Affairs (OSA) about plans for the next academic year and arrangements for international students, but has yet received any reply from the OSA.