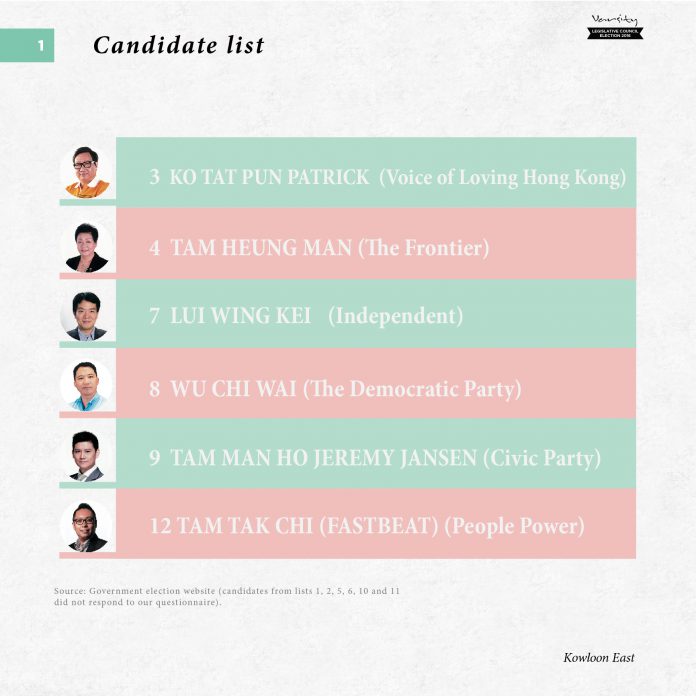 Varsity interviewed 10 first-time voters to come up with the questions they care about the most. We selected 10, covering political, economic, social and educational issues and sent them to candidates from the five geographical constituencies and the District Council functional constituency. Out of 93 candidate lists, 40 replied. Ricky Wong Wai-kay, Kwok Wai-keung (Federation of Trade Unions) and candidates from the New People’s Party directly refused to answer, while others (including candidates from the Democratic Alliance for the Betterment of Hong Kong and Youngspiration did not respond or could not be contacted.

Here are the results for Kowloon East: