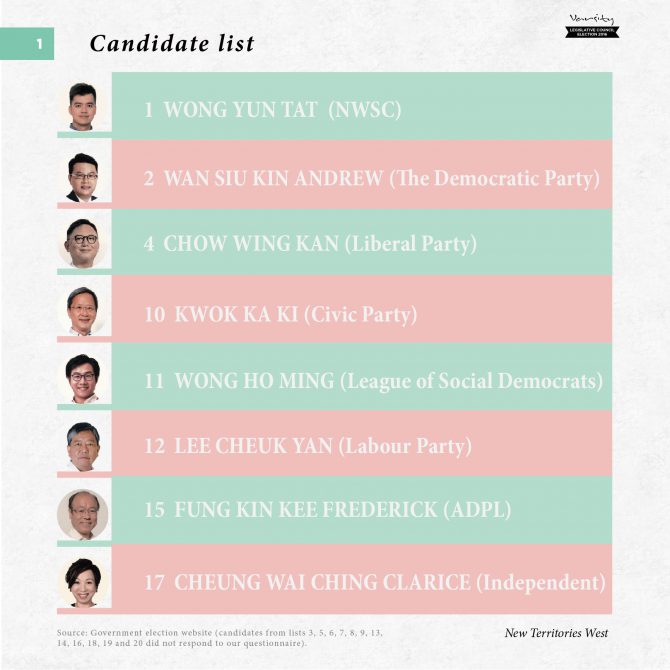 Today, in our series on how  candidates responded to the questions first time voters told us they most wanted to ask them, we turn to the hotly contested New Territories West Constituency where 20 lists are vying for nine seats. This is the constituency whose Liberal Party candidate Ken Chow dramatically announced he’d withdraw from the race due to alleged threats. His name will still be on the ballot paper on Sunday and his answers are included in our tables below: