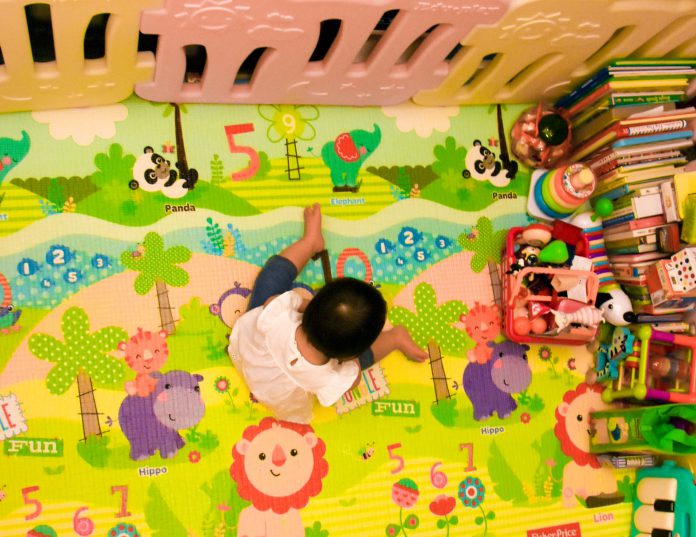 Why do so few local families in Hong Kong adopt children with special needs?

By Angela Ng & Brianna To

Gretchen Ryan and her husband were months into the process of adopting their third child, when they noticed the baby had stiff limbs. So they arranged for the boy to have a brain scan and assessment. The infant, who they named Torrey, was diagnosed with cerebral palsy, a neurological disorder caused by a brain injury during brain development that affects body movement and muscle coordination.

When it was time for the adoption to be finalised in court, the judge asked the couple if they knew the infant had cerebral palsy. “We said ‘yes, we do’,” recalls Ryan. “We had actually acknowledged his condition before we finalised the adoption.”

Not only that, but when they had the opportunity to meet Torrey’s birth mother, Ryan says they told her: “We would never have considered anything else. We will love him and care for him no matter what.”

Not all prospective adoptive parents are as willing to take on the challenges of raising a child with special needs in Hong Kong as the Ryans are. According to the Social Welfare Department (SWD), of the 75 children awaiting adoption as of June 30, 40 are disabled and 11 have health issues. That means almost 70 per cent of the children waiting to be adopted have special needs.

As a result, some children with special needs are adopted by overseas families through inter-country adoptions, although only eight such adoptions were recorded in the first half of 2017 compared with 115 local adoptions.

There may be cultural reasons why it is harder to place children with special needs with local Chinese families and past studies have shown that most families that do adopt such children in Hong Kong are expatriate families. However, the lack of adequate support services, cost of care and the stigma surrounding intellectual and physical disability in Hong Kong society are also factors.

What is clear is that the low adoption rate is not the result of a lack of adoption services. The Social Welfare Department’s Adoption Unit works with three accredited non-governmental organisations, namely International Social Service Hong Kong Branch, Mother’s Choice Limited and Po Leung Kuk. These organisations also offer inter-country adoption with countries like the United States, Canada, the United Kingdom, Australia, India and Thailand.

The adoption process includes a thorough home study, assessment of the physical and mental condition of the adopting families, criminal record checks and a court procedure to finalise the adoption. In cases of children with special needs, the adopting parents are reminded of their condition to ensure they fully understand the responsibilities and extra care they must take on and provide.

Dr James Oliver, a general practitioner at the Island Health Family Practice in Discovery Bay, who has been handling pre-adoption medical examinations, says that, in his experience, the social services “take great pains” to make clear to would-be parents what the potential problems are and give them the chance to pull out at any time. There is never any pressure.

Although Gretchen Ryan was ready and willing to shoulder greater responsibilities when she adopted Torrey, she says there have been times when she has had to deal with frustrations arising from how others treat him. The key for her has been to change people’s perceptions of disability through direct interaction.

Ryan recalls a time when Torrey was embarrassed publicly because of his swollen feet, which are deformed due to cerebral palsy. He was about to enter a local swimming pool when a woman told him it looked as if he had an infection and should not be getting in the pool. Torrey was very frustrated; he turned around and went home.

“I will never go swimming again, never, never, never!” Ryan recalls Torrey saying as he kicked the wall after getting home.

Instead of letting the incident pass, Ryan found a way to get in touch with the woman and told her that her words were very significant to the boy. To Ryan’s surprise, the woman wrote Torrey a letter and bought him some chocolate. In the letter, she said: “I think you are gonna be a wonderful swimmer, keep going.”

“I realised that we can change people’s mindset and be a caring community,” says Ryan who believes the most important thing is to change people’s way of thinking. However, she acknowledges there also needs to be more systemic support for people with special needs.

“More families will adopt children with special needs if they have the resources in the community for education, and for the therapy and medical treatment that they need,” she says.

Education is a major concern for families with children who have special needs. In the Ryans’ case, Gretchen says it was easy before the age of five. Torrey attended the baby group and preschool at the Child Development Centre in Wan Chai which provides a range of activities, education, assessment and therapy. After that, the family managed to find an English Schools Foundation (ESF) school – the Jockey Club Sarah Roe School – that has a learning support class for students with special needs. However, the school has a long waiting list and options are limited for those who cannot afford an ESF school.

Sit Hui-ping, an associate professor in the Faculty of Education at the Chinese University of Hong Kong (CUHK), says the unfavourable environment in Hong Kong may be one of the reasons so few children with special needs are adopted. Sit has recently conducted research on how children with disabilities can stay physically active.

“Hong Kong is the most densely populated city and space is an issue,” she says. “Barriers related to accessibility to both public transport and buildings are common.”

Sit also notes the lack of access to adequate rehabilitation services, education resources and employment opportunities, as well as social isolation and discrimination as other factors affecting the low adoption rate of children with special needs.

She thinks both the government and the community should promote an inclusive atmosphere to facilitate interaction between children with and without physical disabilities.

“Inclusive education should also be promoted in Hong Kong where children with physical disabilities could share the same education resources together with children with typical development,” she says.

But for now, children like Torrey remain a minority. Most children with special needs who are awaiting adoption are placed in foster care or in institutional care.

Andersson, who was herself adopted as a baby in Korea by a Swedish family, was keen to foster. “I know right now the children are desperate for families to sign up for fostering,” she says, recalling how she first came to take care of the 13-month-old boy. However, she admits it can be difficult to raise a child with Down’s syndrome in Hong Kong, and it is even more so looking after two.

She thinks there is a lot of stigma against children who look different in Hong Kong. “I think maybe if you don’t have that experience, it can be quite painful, maybe hurtful, because they do look, and sometimes you hear hurtful comments,” says Andersson.

Although outsiders may think that fostering is easier than adoption, Andersson disagrees. “The number one reason why people don’t foster again is because it’s so hard, emotionally, to let go,” she says. She recalls the transformation she saw in the child she fostered in the 18 months that she cared for him.

As for children who are neither fostered nor adopted, some are enrolled in boarding schools arranged by the Education Bureau and others may reside in homes run by Mother’s Choice or Po Leung Kuk.

Multiple studies have shown that, on the whole, children who grow up in institutional settings have more problems in later life than those who grow up in adopted or birth families, and that the younger a child is when it is adopted, the better the outcome will be.

Florrie Ng Fei-yin, an associate professor at the Department of Educational Psychology at the Chinese University of Hong Kong says: “Children in institutional care typically receive less sensitive care, individual attention, and cognitive stimulation when compared to other children. This affects their physical growth, cognitive development, as well as their socioemotional development.” Ng adds that although the care given in adoptive and especially foster families can be variable, it is usually better than that provided in institutional care.

Masie Cheng Yuen-man, who volunteers with Mother’s Choice’s section of children with special needs disagrees. “Many girls who grow up in small group homes or NGOs live very well. It is not true that these people are bad. They are taught well in fact,” she says. Cheng says, however, that people who have grown up in such homes are often badly stigmatised in Hong Kong and many dare not tell people about their background.