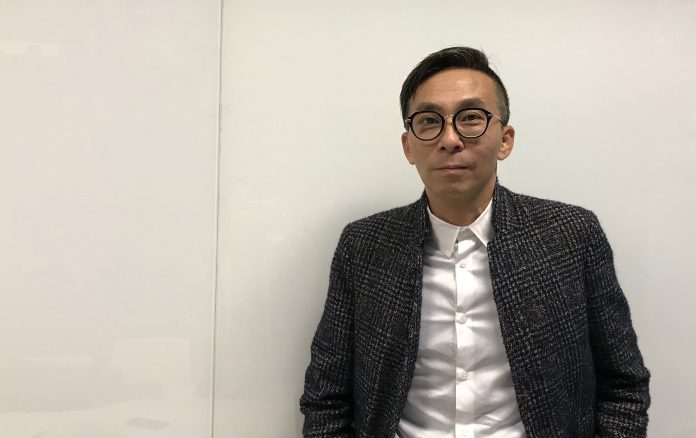 Ng Dick-hay, a former spokesman of the pro-establishment and anti-Occupy Movement Defend Hong Kong Campaign says he’s standing in the legislative council by-election in Hong Kong Island in order to change what he describes as people’s “superficial” and “biased” perceptions of those who support the Chinese government.

“I feel that the image of those organizations and individuals who identify themselves as Chinese isn’t very distinctive in Hong Kong.” says the 52 year-old IT business owner. “I want to make the public to have a more positive understanding of this group.”

Ng actively comments on politics, publishing online articles and is a regular caller to radio phone-in programmes. He thinks election forums in recent years have been increasingly dull and believes he can lift the quality of debate.

He adds that by staying unaffiliated, he can express his views more freely. “I do not accept donations from any organizations or people, so I can maintain my freedom of speech and voice more distinctive opinions,” says Ng.

In addition to his proud assertion of his Chinese identity, opposition to Hong Kong independence is Ng’s most distinctive standpoint. Ng says he conducted a poll two years ago which found that 18 per cent of his respondents supported independence, with the majority of them aged 30 years and below. This got him worried that over time, Hong Kong independence will become a mainstream ideology in society.

In this vein, he thinks the disqualification of Demosistō’s Agnes Chow Ting from standing in the by-election is a good move. He says Demosistō’s advocacy of “self-determination” involves dissociation from the Chinese nation which is unacceptable.

“Disqualification gives a signal that if people want to be involved in politics, they cannot move towards independence,” says Ng. “As Chinese, this is the bottom line. We cannot give in anymore.”

Despite his pro-Beijing views, Ng doesn’t see himself as a member of the pro-establishment camp. He says on some issues, such as urban planning, he has more in common with the pro-democracy camp. Without a political party, campaign team or funds, Ng knows it is almost impossible for him to win the by-election.

The other candidates in the Hong Kong Island constituency in the 2018 Legislative Council By-election are Au Nok-Hin, Judy Chan Ka-pui and Edward Yum Liang-Hsien.