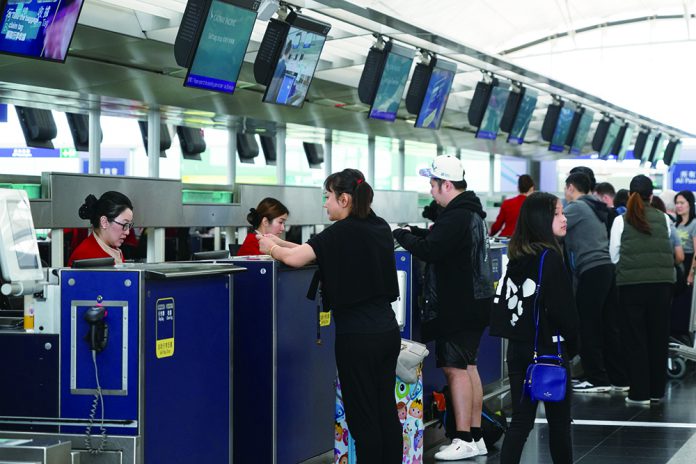 when Alex (who does not wish to disclose his full name) joined Hong Kong Airlines as a flight attendant half a year ago, it was a childhood dream come true. The 23-year-old was attracted to the job by the glamourous and professional image. The reality was a little different. For a start, he did not expect the “red-eye flights” in his roster to be so frequent. These are flights that depart after midnight and arrive early in the morning.

“After arriving at the destination in the middle of the night, I have to complete the transit procedures and load the meals within an hour, then fly back [to Hong Kong] immediately,” Alex says.

While such demanding hours used to be a concern for long-haul cabin crew members, local airlines are increasingly operating red-eye flights for short-haul routes as well.

“They [the airlines] exhaust their staff and do not care much about how tired we are,” says Alex. Hong Kong Airlines did not respond to interview requests.

In the aviation industry, the health condition of crew members has to be monitored for flight safety reasons. Tiredness resulting from sleep loss or extended wakefulness is described specifically as “fatigue”. In 2014, Cathay Pacific alone recorded 1,100 cases of fatigue among crew members, which was an increase of 38 per cent over the previous year – but only 29 were considered serious enough to be reported to the Civil Aviation Department (CAD).

To prevent fatigue among aircrew, standards issued by the Civil Aviation Department (CAD) state that crew members are entitled to a minimum 12-hour rest period in between flights. However, Alex questions whether 12 hours are sufficient for a full physical recovery. Despite complying with legal requirements, the rest period starts right after the crew alights from the plane, not taking into account the time it takes for them to travel home and take any meals. As a result, crew members end up sleeping only six to seven hours before having to get ready for their next shift.

Carol Ng Man-yee, who has worked as a flight attendant for 27 years and is an executive committee member of the Hong Kong Cabin Crew Federation, says existing operational regulations in the Civil Aviation Ordinance (Cap. 448) only guarantee the bare minimum for protecting crew health, and therefore safety.

“We shouldn’t stay at the lowest threshold, but a little higher than that,” she says. Ng points out that while local airlines have the discretion to adjust aircrew flight times based on their operational needs, they usually adopt the CAD’s Flight Time Limitation Scheme rigidly. She worries that working staff to the point of exhaustion could leave airlines unprepared for flight disruptions and emergencies.

“Our flying life is governed by hundreds of different agreements; no other industry has more agreements than we do,” Ng says.

She stresses that it is important for cabin crew to be fully aware of their rights, and to know when they are being taken advantage of by employers. Many new recruits do not bother to read through their cabin crew handbooks even once, let alone try to understand what protections they are entitled to, Ng says.

Venus Fung Po-yan, who chairs the Cabin Attendants Union of Hong Kong, says rookies are often too timid to stand up to employers when they are exploited. She recalls an incident in which a crew member was so fatigued that she fainted right after landing.

“Crew members are essential assets to foreign employers, but in Hong Kong, they are anytime replaceable,” she says.

According to Fung, the management style of local carriers can undermine the crew’s emotional well-being, which is best exemplified in the way employers look on crew members who apply for sick leave. Fung says flight attendants have the responsibility to declare themselves both physically and mentally fit for every flying duty; they are therefore obliged to report sicknesses whenever necessary for the sake of flight safety.

She says local employers often jump to the conclusion that crew members are abusing the system to shirk their duties, an assumption that has given rise to the establishment of “absence monitoring programmes” to detect patterns of absence and issue warnings. On the contrary, Fung says foreign operators are more likely to be empathetic with their crew members and respect their decisions.

Kelly (not her real name) is an inflight service manager at a leading local carrier who has worked as cabin crew for more than 30 years. She has noticed that staff welfare and promotion prospects have deteriorated since she joined the profession. Seniority is emphasised in the airline industry; for instance all crew members are granted rebate air tickets by the airline, but those at more senior positions are given priority to board.

“In general, they [airlines] are more careful in giving out staff benefits than before,” she says.

Dora Lai Yuk-sim, internal vice-chairperson of Cathay Pacific Airways Flight Attendants Union (CPAFAU), agrees that flight attendants who have joined the industry in recent years enjoy fewer benefits in terms of retirement protection and career prospects. As a flight attendant at Cathay Pacific for 31 years, she witnessed the change in the airline’s wage payment system from a monthly to hourly rate in 1996.

In contracts drawn up since 1996, a flight attendant’s income is made up of a base salary, as well as hourly pay calculated by flying hours and ground duty hours. Although a small number of flight attendants can join the High Hours Scheme if they want to earn more, the income of most staff can fluctuate a lot.

“This has split the crew community up into two groups under different forms of employment, and it is in a way weakening the collective bargaining power of the union,” says Lai.

Flight attendants’ unions in Hong Kong are among the territory’s strongest and most successful. Lai believes the size of a union’s membership determines its bargaining power. Apart from constantly negotiating for pay rises, CPAFAU finally reached a deal with Cathay Pacific to resume an induction talk – where committee members are officially allowed to introduce the union to new staff – starting earlier this year. Lai sees this as an important first step to educating flight attendants about their legal rights.

CPAFAU, which now represents around 76 per cent of Cathay Pacific’s Hong Kong-based cabin crew, works closely with the Civil Aviation Department to monitor the duration of flight duty periods (FDP) via a Mandatory Occurrence Reporting system. It also reviews provisions related to the well-being of crew members.

Lai thinks the union has been successful in striving for better treatment of flight attendants because it tries to maintain an even-handed approach in disputes between the employer and employees. She believes there are also historical factors at play in determining CPAFAU’s bargaining power, as the union helped to ensure smooth operations when Cathay Pacific first started services in Hong Kong.

Pauline Mak Po-ling, vice-chairperson of Hong Kong Dragon Airlines Flight Attendants Association (FAA), thinks the overall success of flight attendant unions is gradually built up through uniting the crew community. “Those who have worked long enough would know about the changes brought about by the union, as well as our achievements; that’s why they are very willing to join us [as members],” Mak says.

Glory Cheng, an executive committee member of FAA, says it is of the utmost importance to connect members from different age groups. Citing the recent debate on extending the retirement age of crew members, Cheng stresses how important it is to raise awareness in the younger generation even if they are not directly involved. She says mutual support is the key to maintaining the unity that is vital to bargaining power.

One of the concerns shared by all members in the community is the understaffing problem. As a cost-cutting strategy, their airline has reduced the number of cabin crew members serving on individual flights; in other words it has increased the staff workload.

Dragon Airlines is not the only operator to have adopted belt-tightening measures lately. Last year, its parent company Cathay Pacific laid off 600 back office staff as part of a three-year restructuring plan. The company recorded a net loss of HK$1.25 billion in 2017, and cited changing customer habits and a “challenging business environment” as the reasons for the redundancies.

In recent years, traditional carriers have faced stiff competition from low-cost carriers (LCCs). LCCs are airlines which charge lower prices but do not provide services traditionally included in the fare, such as meals and baggage handling. To turn around their losses, full service carriers have opted to cut jobs and trim employee benefits.

The emergence of LCCs also means more people can afford to fly, which means both cabin crew and ground handling staff have to serve a wider variety of passengers.

“Very often when passengers complain [about services provided by LCCs], they don’t know the terms and conditions are different from those of full service airlines,” says Stewart Chun, the acting general manager of SATS, a ground-handling service provider for a number of airlines based in Hong Kong.

He says services provided to passengers of all kinds of carriers are held up to the same standard when operations are normal. It is only when flight disruptions happen that airlines make arrangements for passengers according to the fares they are paying. This often leads to frustration and complaints.

Harriet Wan Hiu-long, a 22-year-old who joined Cathay Pacific as a customer service officer two months ago, often has to deal with customer complaints and requests at the check-in counter. She says overbooking, in which airlines accept more reservations than there are seats for, has always been a problem in the aviation industry. Despite undermining consumer rights, overbooking is a common practice among airlines as a business strategy. As a frontline worker, Wan does not have any say in the matter, but has to deal with the dissatisfaction it causes among passengers.

“While the airline earns money through overbooking their flights, we as workers in operation are the ones who suffer customers’ sentiments,” she says. 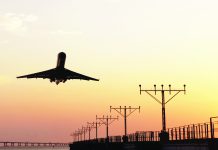 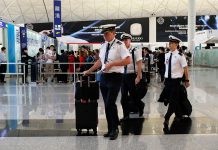 Getting on the flight path 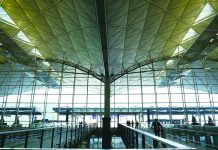 How Hong Kong lost its crown