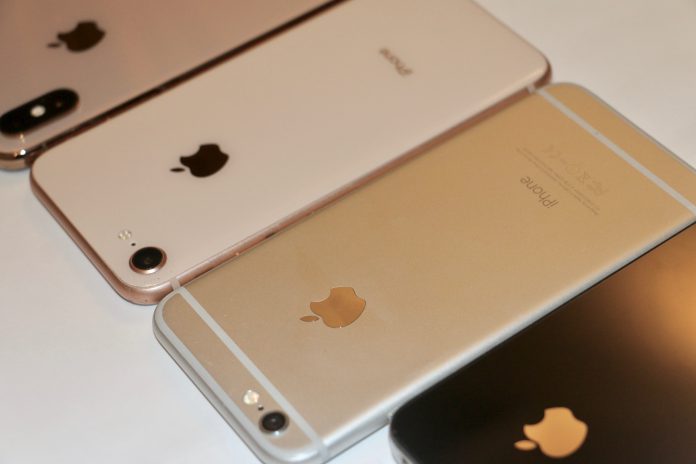 Reducing e-waste can be achieved by independent repair stores despite facing challenges.

Anson Ng had his iPhone 5s fixed by a handyman at a repair store in Mong Kok five years ago. The university student sold the device after repairing it and made about HK$ 1,000 in profit. He then used the money to buy a new model – iPhone 6s Plus.

“If I want to continue using my phone, I will only use repair service offered by official stores,” the Year 2 student of the Hong Kong Polytechnic University says.

The university student is worried as handymen of independent repair shops may not be familiar with devices they repair and may use poor-quality counterfeits when replacing different components. “Although it is expensive to fix a phone at an official store, I only let Apple fix my iPhones,” Ng says.

“Apple was accused of slowing down old iPhones’ operation system to force people to buy their new models,” he says. “Then Apple comforted their consumers by lowering the price of (battery) repair.”

Ng paid HK$ 228 for a battery replacement of his iPhone 6s Plus at Apple Store in 2018 during promotion period. The original price was HK$ 635. Apple Store now charges HK$338 for the service.

In December 2017, Apple admitted it deliberately slowed down operation of older iPhone models to prolong the life of devices. The company was accused of inducing owners to buy replacement phones or batteries. Apple agreed to settle the case in the U.S. by paying consumers US$ 25 per iPhone, with a total pay-out of up to US$ 500 million (HK$ 3.9 billion) in early March this year, weeks after being fined for €25 million (HK$ 210 million) in France.

The multinational corporation is also being criticized of having phone design that is not easy for repair. Some iPhone models have vulnerable glass backs glued with whole back panel, which makes glass backs replacements difficult.

“When I replace a new screen or battery for some new iPhone models, the phones may display a message saying ‘unable to verify this iPhone has a genuine Apple display’,” a handyman who prefers to be named as Peter Lam says.

The full-time repairer who has worked in the field for a few years says his replacement parts suppliers developcorresponding decoders and encoders to solve the issue.

“Apple regularly updates the verification method of its device components,” he adds. “The development of encoders often lags behind.”

In light of the situation, the European Union (EU) is taking wider moves to reduce e-waste by putting an increased emphasis on battery repair. A source leaked to Het Financieele Dagblad, a Dutch financial newspaper, in March revealed that the EU may be forcing electronic devices manufacturers to install user-removable batteries for any devices sold in the European market.

Unlike the EU, the Hong Kong government implement policies that facilitate recycling rather than safeguarding the right to repair.

Under the scheme, suppliers of Regulated Electrical Equipment (REE), including those of mobile phones and tablets, have to pay a recycling levy ranging from HK$ 15 to HK$ 165 for each REE. Sellers of REE are also obliged to provide free removal service that transport obsolete REE to a WEEE treatment and recycling facility in Tuen Mun.

The EPD has also established Community Green Stations since 2015 to collect disposed electrical devices, such as phones and rechargeable batteries, which will then be sent to suitable recyclers for subsequent processing.

Rolien Hoyng, an assistant professor of the School of Journalism and Communication at the Chinese University of Hong Kong urges the Hong Kong government to step up effort to cut down e-waste, as the waste is exported to other countries after collection and it takes ages to degenerate.

“The Hong Kong government expects that (e-waste) recycling can be driven by the private sector. That’s their ideal. They don’t want to take care of all the recycling themselves,” Hoyng says. “We have to conclude that even for our own city, we don’t have the capacity to take care of our own e-waste.”

“Corporations always tell us that every year there is a new innovation that is so important; that we will want to have a new device. This is called ‘planned obsolescence’. This means the aspiration of a device is planned in a way that the aspiration comes pre-maturely. (The device) could have had a longer lifespan,” Hoyng adds.

Hoyng also says Hong Kong people are more susceptible to “planned obsolescence” due to the lack of regulation of “right to repair”. She explains the “right to repair” refers to the government legislation that allows consumers acquire the ability to repair and modify their electronic devices themselves, rather than being limited to use repair services offered by electronic device manufacturers.

Hoyng is planning to create a platform called Open Repair to connect handymen and consumers by helping them make appointments and build a reputation for independent repair shops.

“I think that will be a good option because it can help them to build trust in the process. They can be right there. They know what is happening and when it can be finished. So it also saves time,” she says. Still in the initial development process, Hoyng aims to run the scheme on campus for test once physical class resumes after the pandemic.

“The repair sector should be more visible with more reputation. It ought to be a reliable option for people,” Hoyng says. “My hope is that more students and middle-class people would also want to use those services. We can try to make sure it is cost-efficient. Then maybe more people will find it a good option.”