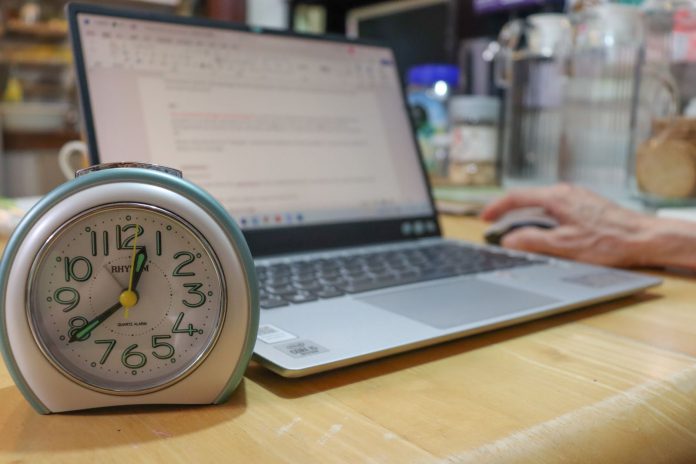 IT talents lament their life of toil.

Working 12 hours a day without overtime payment for six years, Elva Lei, a 38-year-old IT manager, has to attend online meetings even after 11 p.m. when she is home.

“I feel exhausted. I find it very difficult to balance work and family. I have more work after my promotion six years ago,” the mother of a two-year-old daughter says.

“When I have late-night meetings at home, my child wakes up when she hears me talking. My husband then fights with me,” she sighs.

Working until 2 a.m. with less than six hours of sleep is her routine.

Lei suffered from insomnia two years ago when she was pregnant, often thinking about work affairs after midnight.

She also suffered from postpartum depression after giving birth. “I often forgot what I wanted to say and cried secretly in the office because of work stress,” she recalls.

She wants to find another job. “But I am almost 40, It is difficult for me to find a better job that suits me,” she says.

The International Labour Organization set out the principle of the 40-hour workweek, with a maximum of eight hours per day as an international norm in 1919.

This rule also came into effect in the Labour Law of the People’s Republic of China on May 1, 1995.

But the guideline on working hours has been gradually replaced by the “996” working hour system, which is practiced by many Chinese internet and technology companies, meaning employees work from 9 am to 9 pm, six days a week.

On April 11, 2019, the former executive chairman of Alibaba Group, Jack Ma, gave a speech about the system to his employees in a meeting.

“Today China’s BAT (Baidu, Alibaba, Tencent)  adopt” 996” . I think it is a blessing on us. If you do not put in more efforts and time than others, how can you achieve success?” he says.

Critics like Jenny Wang points out that the 996 working hour system is a violation of Chinese labour law and calls it “modern slavery.”

According to a report released in January 2021 by 36kr, a China-based publishing and data company, only 10 per cent out of over 4,000 young people surveyed said they never work overtime and did not respond to work messages after office hours.

Employees used to work six days a week ,two times a month. Now they all have Saturdays off. Many other internet companies have followed suit.

Despite the policy change, Sophia Zhang, 25, still thinks it is a losing battle for workers to fight against long working hours.

“I still go to work on Saturdays voluntarily because overtime payment is quite high and I want to make more money. Also, I want to get promotions,” Zhang, who has been working at ByteDance for two years, says.

Zhang suffers from endocrine disorder because of long working hours. “I only get my period once every two or three months. I want to go out on weekends, but I don’t know where to go. It seems I have lost my passion for life,” she adds.

“I only get my period once every two or three months. I want to go out on weekends, but I don’t know where to go. It seems I have lost my passion for life.”

Former Bytedance employee Leon Zhang, who was also overworked, resigned from the giant tech company in 2020 to start a new life.

The 26-year-old IT talent joined a small company working on knowledge-sharing platforms instead.

“If overwork is inevitable, I will only work for a company in which I can explore my full potential. I felt depressed and mentally tortured when working aimlessly every day in my previous post,” he says.

“If overwork is inevitable, I will only work for a company in which I can explore my full potential. I felt depressed and mentally tortured when working aimlessly every day in my previous post.”

He worked more than 12 hours each day at Bytedance and had no time for dating and rest.

“We had to respond to messages from our supervisors even when we were home. There was no difference between staying at home or being in the office, “he adds.

Zhang acknowledges that his former employer tries to cultivate their can-do attitudes by challenging their limits. But he did not feel a sense of achievement when he worked there.

“My current job is to pass on knowledge and values to the public, which is meaningful and gives me a sense of self-value,” he says.

Ma Liang, a professor from the Public Administration Faculty at the Renmin University of China, believes overwork is a systematic problem in China.

He points out overwork is a reflection of “involution” (內卷), which is a buzzword broadly used to describe meaningless competitions in China.

“I don’t think individual employees can resist this ongoing trend, as giant companies have strong bargaining power and the government does not want to affect economic growth by strictly enforcing labour protection laws,” Ma says.

“Some individuals even enjoy overwork because they want financial independence and early retirement is popular among entrepreneurs,” he continues.

“However, given the increasing salience of maternity policy in the upcoming years, governments may urge companies to implement more employee-friendly measures, and overwork might be addressed to some extent,” he adds.