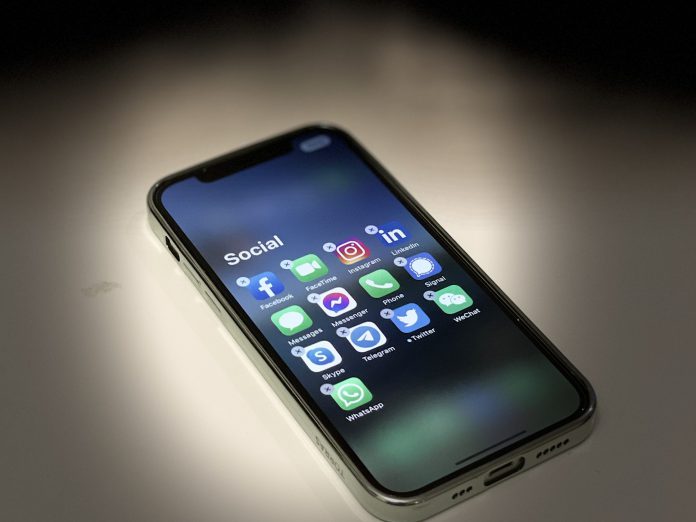 Many have tried social media detox for better physical and mental well-being.

University student Edith Yeung Tsz-ning stopped using Instagram and Facebook for 10 days before her examination in November 2021 to focus on her studies.

“My learning efficiency was much improved as I was less distracted during my social media detox,” Yeung says.

According to Psychology Today, a magazine looking at mental health, social media detox refers to “self-initiated periods of abstinence from social media as a response to growing concerns about the over-usage of such platforms”.

Yeung used to be a social media addict and spent around 10 hours a day to satisfy her craving. She thinks social media makes her feel inferior when comparing her life with others.

“Especially during that exam period, I saw a lot of my friends posting photos taken in social gatherings whenever I scrolled through Instagram. I felt alone as I was always busy studying at home,” the global business student from the Hong Kong University of Science and Technology says.

“People often say do not compare with others as we are all unique but sometimes it is human nature to do so. The social comparisons are further magnified as almost everything posted online is packaged,” the 18-year-old student adds.

After undergoing social media detox, Yeung feels healthier both physically and mentally. Instead of spending most of the time scrolling her smartphone and procrastinating on doing exercises, she now picks up old hobbies such as aerial yoga.

“I stopped being envious once I realised what people post is actually far from reality. Quitting social media temporarily was a great way to help me focus on my own life,” she says.

“I stopped being envious once I realised what people post is actually far from reality. Quitting social media temporarily was a great way to help me focus on my own life.”

Similar to Yeung, university student Madeline Ho Ji-yin struggled with emotional problems due to the use of social media. She went on a 14-day social media detox when preparing for the Hong Kong Diploma of Secondary Education Examination in 2021.

“My friends used to post photos of them studying hard. It was like the academic stress existed wherever I went and whoever I talked to. Then I decided to take a break from all social media platforms, including Whatsapp,” the communications major student from Simon Fraser University says.

During the detox period, Ho learnt to take control of her own pace in life. She even taught herself how to play the guitar, which has since become her favourite me time activity.

The detox process was challenging for Ho as there were times when she had a strong urge to check social media. But she says it was mostly because she was curious about how her friends were doing and was afraid that her friends might find her sudden disappearance worrying.

Used to spend four hours a day on social media, Ho only spends one hour on these platforms now.

“Social media is no longer an essential part of my daily life. It has become something I only take a look at while waiting for a bus. Sometimes, I do not even bother using these apps for a couple of days,” she says.

Facebook whistleblower Frances Haugen is aware that young people like Yeung and Ho can easily fall for social media addiction.

She left the company and disclosed thousands of its internal documents to the Securities and Exchange Commission in the United States and The Wall Street Journal in September 2021.

The former Facebook employee said the social media giant is aware of its impact on teenagers during an interview with Scary Mommy, an online parenting website, in December 2021.

“Facebook knows that when it comes to addictive behaviour, teenagers are not as good at self-regulation as adults are… These things are like cigarettes: teenage brains are still developing, and kids say: I know these platforms make me feel bad, and I can’t stop, but if I leave, I’ll be ostracised,” Haugen said.

“These things are like cigarettes: teenage brains are still developing, and kids say: I know these platforms make me feel bad, and I can’t stop, but if I leave, I’ll be ostracised.”

“Facebook has realised that if they change the algorithm to be safer, people will spend less time on the site, they will click on less ads, they will make less money,” she said during another interview on 60 Minutes, an American television news broadcast, in October 2021.

Another former Facebook employee, Derek Chan*, thinks technology should not be held responsible for people’s addiction or the toxic comparison among people.

“Technological advancement is a must. It is common to see people’s filtered and beautified versions on Instagram rather than their true selves. Users should be aware that not everything on social media is truthful,” he says.

To tackle users’ social media addiction problem, Chan says tech companies have introduced measures that allow users to be informed about their own digital behaviour.

“Facebook and Instagram allow users to check the number of hours spent on the apps. As for Apple, people can see their screen time and set time limits for social media app usage. These features help users to be aware of their daily screen time,” he says.

Dominic Yeo Tien-ee, an associate professor in the Department of Communication Studies at the Hong Kong Baptist University, points out that the pandemic has worsened the problem of addictive social media use.

“Social media has become a greater avenue for people to pass time when other entertainment and leisure outlets are closed during the pandemic,” he says.

Like the internet, smartphone or gaming addiction, Yeo thinks social media addiction can lead to sleeping problems and mental health disruption. He says many people thus undergo detox to combat the addiction.

He further explains that not everyone wishes to quit their social media for good, so they prefer to engage in “disconnective practices” such as social media detox, which entails a relatively short period of disconnection from these platforms.

But he doubts whether social media detox is the long-term solution to addiction and comparison.

“Social media detox is like a form of dieting. Like real dieting, people may rebound and gain weight that they lose,” Yeo says.

“Social media detox is like a form of dieting. Like real dieting, people may rebound and gain weight that they lose.”

“Unless social media detox is accompanied by long term changes in use habits, or else its benefits might be very limited,” he adds.